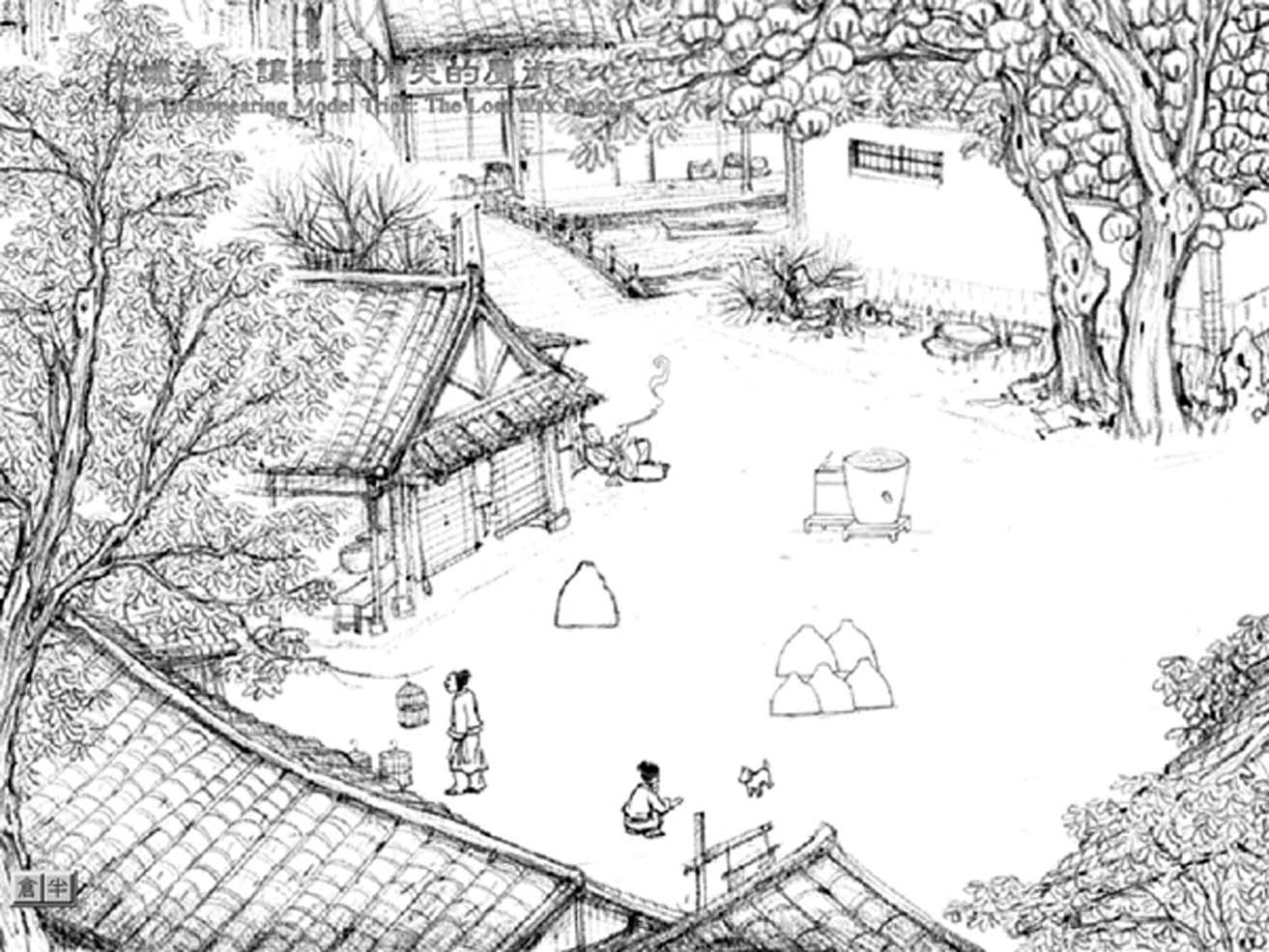 The Mystery of Bronze
is on display at Gallery 300 of the National Palace Museum (221 Chih-shan Rd., Sec. 2; Shih-lin, Taipei; Tel:02-2881-2021)
"The Mystery of Bronzes" is an exhibition that attempts to use modern high technology forms of multimedia facilities to portray the development of high technology in the Shang and Chou dynasties, which took the form of smelting metals and casting bronze objects. The virtual displays and fully digitized ways of presentation in this exhibit include a great deal of animation to recreate the complex processes that went into the high technology of ancient China, thereby offering audiences with an informative and entertaining understanding of the wisdom of the ancients.
Many years of archaeological efforts and a series of investigative trials and experiments in casting have uncovered some of the steps by which they were produced. The process can be generally divided into two primary phases: "smelting" and "casting".
Smelting is the process of extracting a metal from its ore and then refining it to a higher purity. In the case of bronze, it is an alloy (mixture) of the metals copper, tin, and lead. Once this process is complete, the raw materials (metals) are transported to political centers and large settled communities with the requisite technology to undertake the process of casting.
Having endured the ravages of time and hazards of the elements, the surfaces of bronze vessels that you see today have undergone extended periods of chemical reactions that often generated a form of corrosion known as patina. Stable forms of corrosion are actually beneficial and can serve as a protective membrane for the object, but malignant forms (known as "bronze disease") require immediate professional conservation treatment.
The investigation of ancient works of art grew increasingly prevalent, becoming so popular that it reached a peak during the Ming (1368-1644) and Ch'ing (1644-1911) periods. Those who were fond of antiquity went to no expense to recreate a living environment of "archaic elegance".
As a result, be it a scholar searching for a refined and classical lifestyle, or an aristocrat or merchant trying to take on the airs of lofty archaism, all had a special passion for objects and vessels that simulated and suggested the forms and styles of the ancient past. With the demands created by such a market, great numbers of archaistic works of art were produced everywhere. As to how bronze vessels were imitated in the Ming and Ching dynasties, the answer lies in the animation of this exhibition.0.