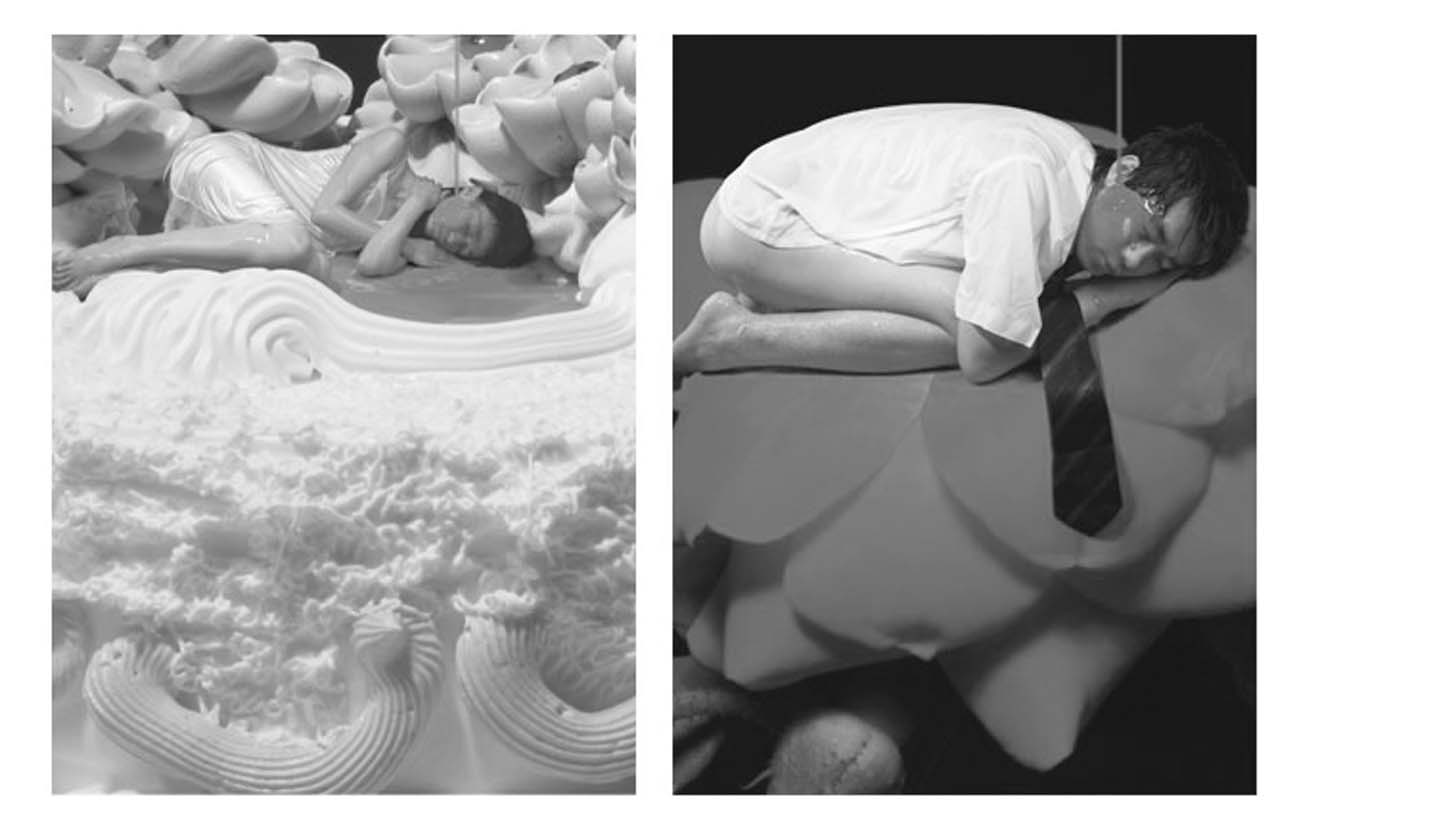 Infantization
is on display at MOCA (39 ChangAn West Road Taipei City; Tel:02-2552-3720) until April 13.
Contemporary trends combined with generational changes in the socio-economic infrastructure create new breeds of human beings that are beyond the laws of genetics. New breeds differ from their genetic predecessors in their thought processes, their gestures, aesthetics, interactions, and lifestyles. The iPod Generation in the U.K, Japan’s 3P Generation, and the Strawberry Generation of Taiwan are all examples of new human breeds created by contemporary civilization.
Across the Strait in Mainland China, the wheel of time is spinning just as frenetically. Some 20 years of reforms and cultural opening has induced the birth of the first Golden Era for Chinese Contemporary Art. Artists born in the 1980s are emerging on the world stage. Mainland-Chinese curator, Zhang Qing describes this wealthy, worry-free generation as “a gelatinous generation of transparency and lightness, vibrant and free, sometimes blindly brave.” The Infantization exhibit specifically samples from the art and aesthetics of this new generation.
To curate this exhibit, Zhang Qing traveled to every major urban area in China and dug deep to uncover examples of creative potential of this new generation. This exhibit focuses on three key themes: “An Infantalized Youth,” “Portraiture of the Future,” and “A Disorderly Globalized Scene.” Together, these themes explore lifestyles, creative tendencies, and creative characteristics of China’s new generation. The works combine to reveal a three-dimensional view of life and art among the youth in China today. The chosen works employ media such as sketches, illustrations, sculpture, video, photography, audio, architecture, gaming, design, music, film, and literature; and feature over 60 works by 41 artists.
The Infantization exhibit presents the diverse creative visions that exist in China’s contemporary new art generation, and provides an opportunity to examine slices of individual lives, against the backdrop of contemporary society and culture. At the same time, the audience can make comparisons, in a broader context, with trends and methods in creative development from across the Asian region, and deduce the effects of globalization on creativity and art.