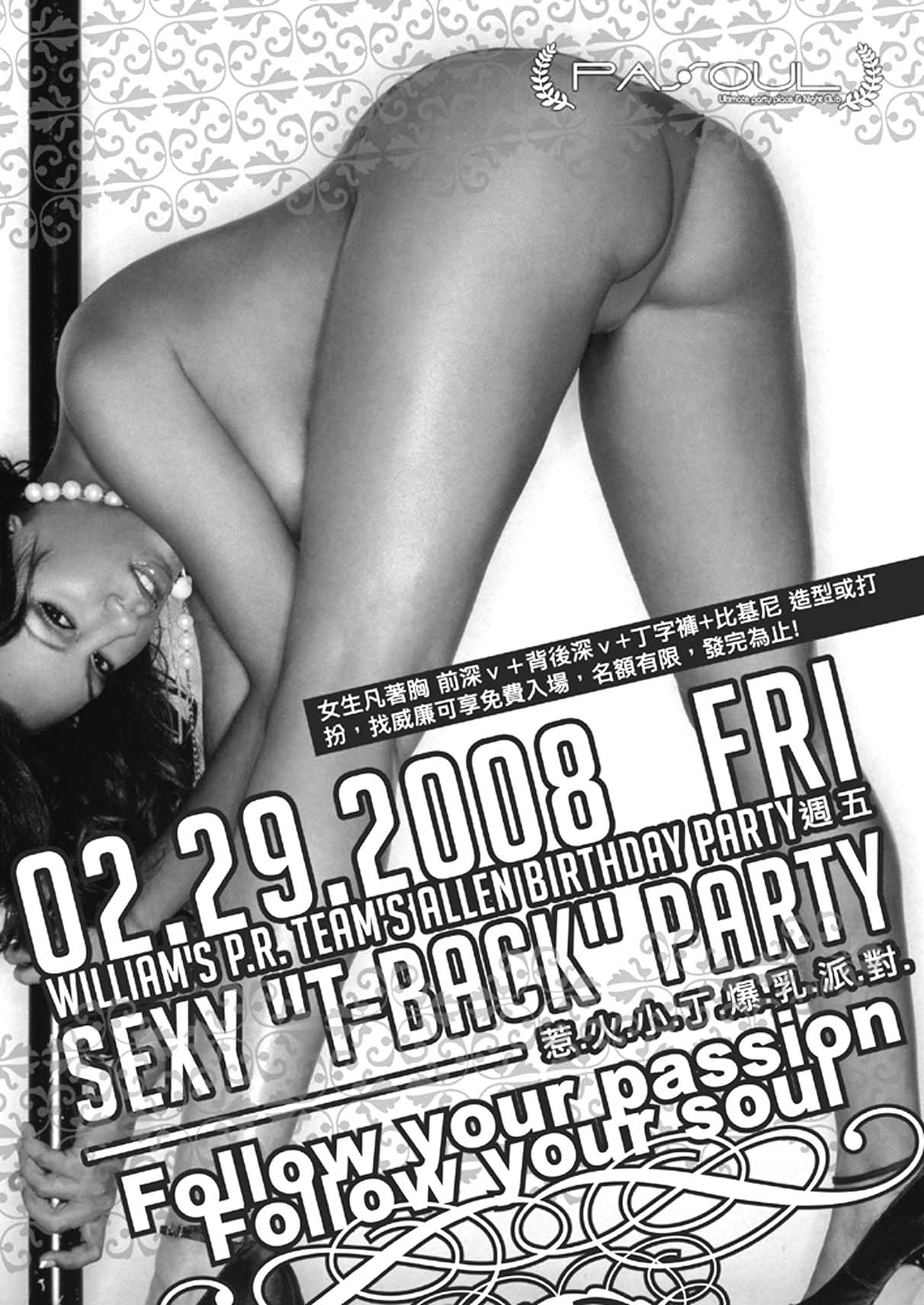 William's P. R. team presents Sexy Kiss Party
at Pasoul (B1 No.223, Section 1 Dunhua S. Road, Da-an District, Taipei; Tel: 02-2740-6047) tonight. Girls in G-strings and skimpy tops may ask William to let to get entrance for free.
G-string, also known as a "thong," is probably the earliest form of clothing known to mankind; having originated in the warmer climates of sub-Saharan Africa where clothing was first worn nearly 75,000 years ago. So, we are naturally born G-strings wearers.
Many tribal peoples, such as some of the Khoisan people of southern Africa, wore thongs for many centuries. Much like the 2000-plus-year-old Japanese fundoshi, these early garments were made with the male genitalia in mind. However, the hottest G-strings will be seen tonight at Pasoul.
Maybe because the G-string looks more sexually appealing on the female form, in the modern West, thongs are more often worn by women, although developed for the male anatomy by primitive peoples.
They first gained mainstream popularity as swimwear in South America, particularly in Brazil in the 1970s. In Brazil, where the buttocks are especially admired and emphasized; it was originally a style of swimwear that featured a rear area that became so narrow that it would disappear between the wearer's butt cheeks.
A common name of G-string is tanga. Another frequent metaphor, especially in South America, is dental floss - as in Spanish hilo dental or Portuguese fio dental; a Puerto-Rican Spanish slang term, used by Reggaeton artists, is gistro. In Australia only the terms G-string and G-banger are used for both G-strings and thongs, for thongs are a type of rubber footwear. In Eastern Asia the G-string is widely known as T-back.