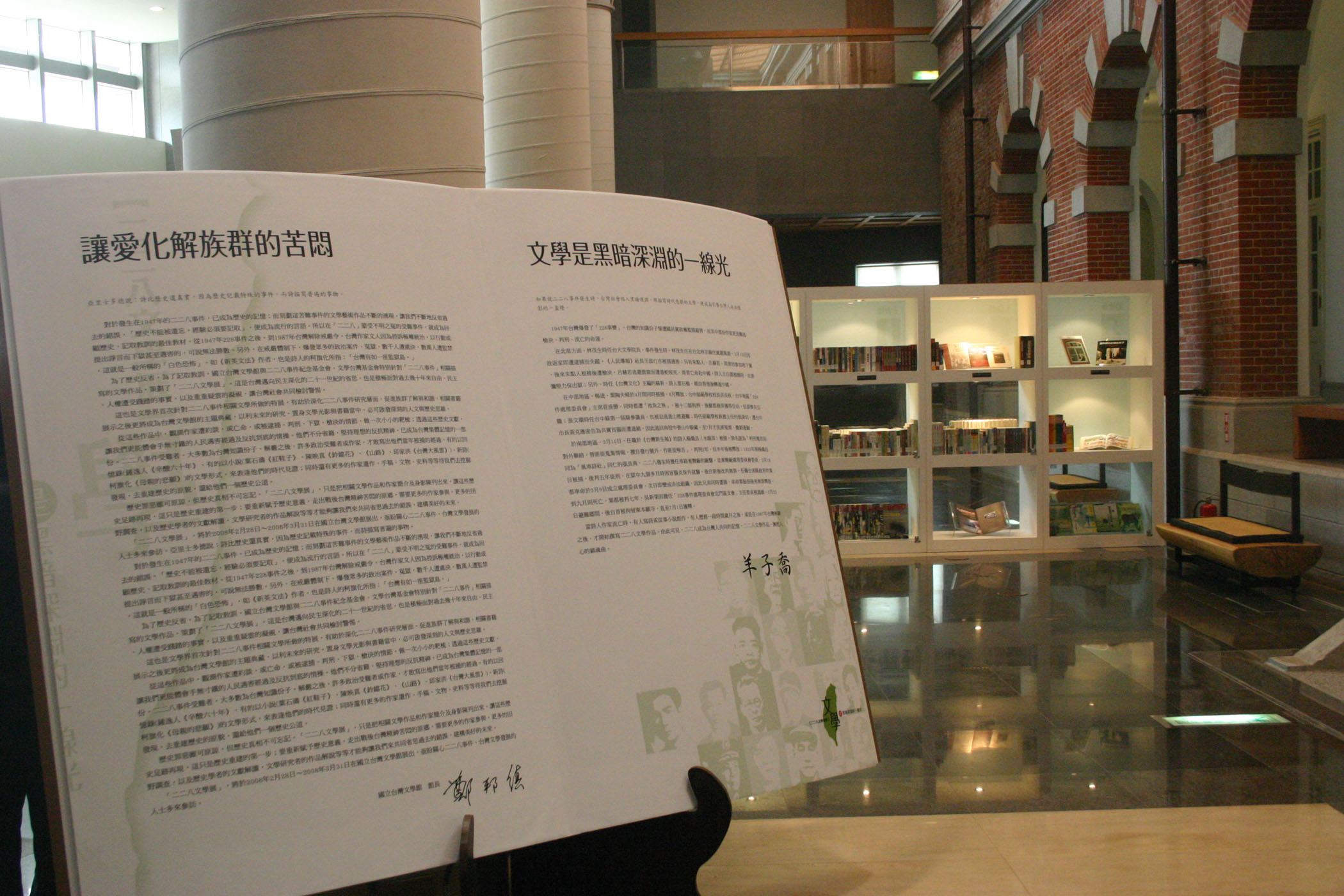 Less than a month before Taiwan's presidential elections, the two candidates vying to lead the island will rally supporters today to honor the thousands killed in a 1947 crackdown by nationalist troops.
The February 28 Incident, which came following riots sparked by the beating of a female vendor in Taipei by a Kuomintang inspector for selling untaxed cigarettes, has been officially observed since 1998.
But this year, the anniversary will be decidedly political as it comes amid a heated campaign between frontrunner Ma Ying-jeou (馬英九) of the KMT and Frank Hsieh (謝長廷) of the ruling Democratic Progressive Party for the presidency.
Taiwan will go to the polls on March 22 to choose a successor to Chen Shui-bian (陳水扁), who along with the DPP has held late nationalist leader Chiang Kai-shek (蔣介石) responsible for the 1947 massacre.
DPP supporters will march through the streets of Taipei today from 2:28 p.m., to mark the date of the incident, before a night rally at a stadium in the capital expected to draw 10,000 people, organizers said.
Hsieh and his running mate Su Tseng-chang (蘇貞昌) are expected to attend, they said yesterday.
"We have to stand united and work together for Taiwan's democracy. We urge young people to go to the stadium on February 28 ... to fight for Taiwan's future," Hsieh's office said in a statement.
During a visit to a 228 Massacre victim's family Yang Teng-hui, Hsieh urged the classified documents regarding the massacre to be revealed so that transitional justice can be thoroughly carried out. He also criticized his rival Ma for his lack of understanding of the victim families and for only paying lip service in terms of helping the victim families.
Across town, Ma - who is leading Hsieh by about 20 points in opinion polls after the KMT crushed the DPP in January legislative elections - will attend a concert in tribute to the victims, his office said.
In 1947, Chiang - then fighting a civil war against Mao Zedong's communists in China - ordered nationalist forces from the mainland to crack down on the disturbances spreading across Taiwan, and a killing spree ensued.
Chen has called for a posthumous trial of Chiang, who fled to Taiwan after losing to Mao, for his alleged role in the February 28 incident.
But others here remember Chiang as the man who laid the foundation for the island's economic prosperity and safeguarded it from Chinese invasion.
The massacre remained taboo for decades under Chiang's rule. He died in 1975 after ruling the island for 26 years.
It was not until 1995 that then KMT President Lee Teng-hui (李登輝) made the first official apology. Parliament later agreed on compensation and made February 28 an official holiday.