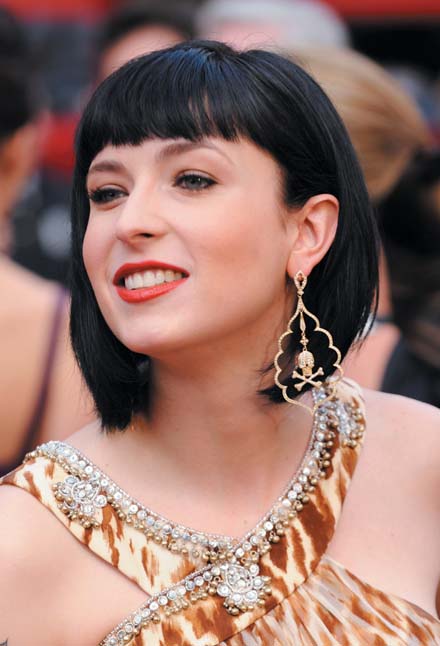 Being the most famous stripper-turned-screenwriter in the world isn't always as pleasant as it may sound.
Diablo Cody, whose blog-to-riches fairy tale culminated in an Academy Award win for "Juno," has spent the past few months dominating a tiny little niche of Hollywood stardom: the celebrity writer. Not even wordsmith heavies Paul Haggis, Wes Anderson or Charlie Kaufman have stood in a spotlight so bright - but then, none of them had the allure of a pole-dancing past, punkish attitude or smash-hit, Oscar-worthy teen pregnancy comedy.
And in Cody's case, there's a downside: The very things that make her star unique are suddenly being panned and scrutinized.
The first-time scriptwriter demonstrated her no-nonsense, rebellious personality last week when she took to her MySpace blog to vent about the US$1 million diamond-laced shoes designed for her by Stuart Weitzman to wear on Oscar's red carpet.
"They're using me to publicize their stupid shoes and NOBODY ASKED ME," wrote Cody, who ultimately wore flats. "I would never consent to a lame publicity stunt at a time when I already want to hide."
Cody drew praise in the blogosphere for her remarks at the time. But in the days that followed, Weitzman told TMZ.com that Cody actually selected the shoes herself, and bloggers (and subsequent commenters) had their fun calling her out for what they saw as diva behavior.
With her Oscar firmly in hand, Diablo is laying low for now. She is "out of town," spending her time writing - and won't be available for media interviews "for the foreseeable future," her representative, Craig Bankey, said on Tuesday.
"Everybody was ... rallying behind her before 'Juno' hit US$125 million at the box office, and now comes the inevitable backlash where they see her selling out to Hollywood," observed Tom O'Neil, a columnist for the Los Angeles Times' "The Envelope" Web site.
"She always seemed like a rebel, a social rebel who now seems to have cashed in and joined the club. And I think what we're witnessing is resentment to that," said O'Neil.