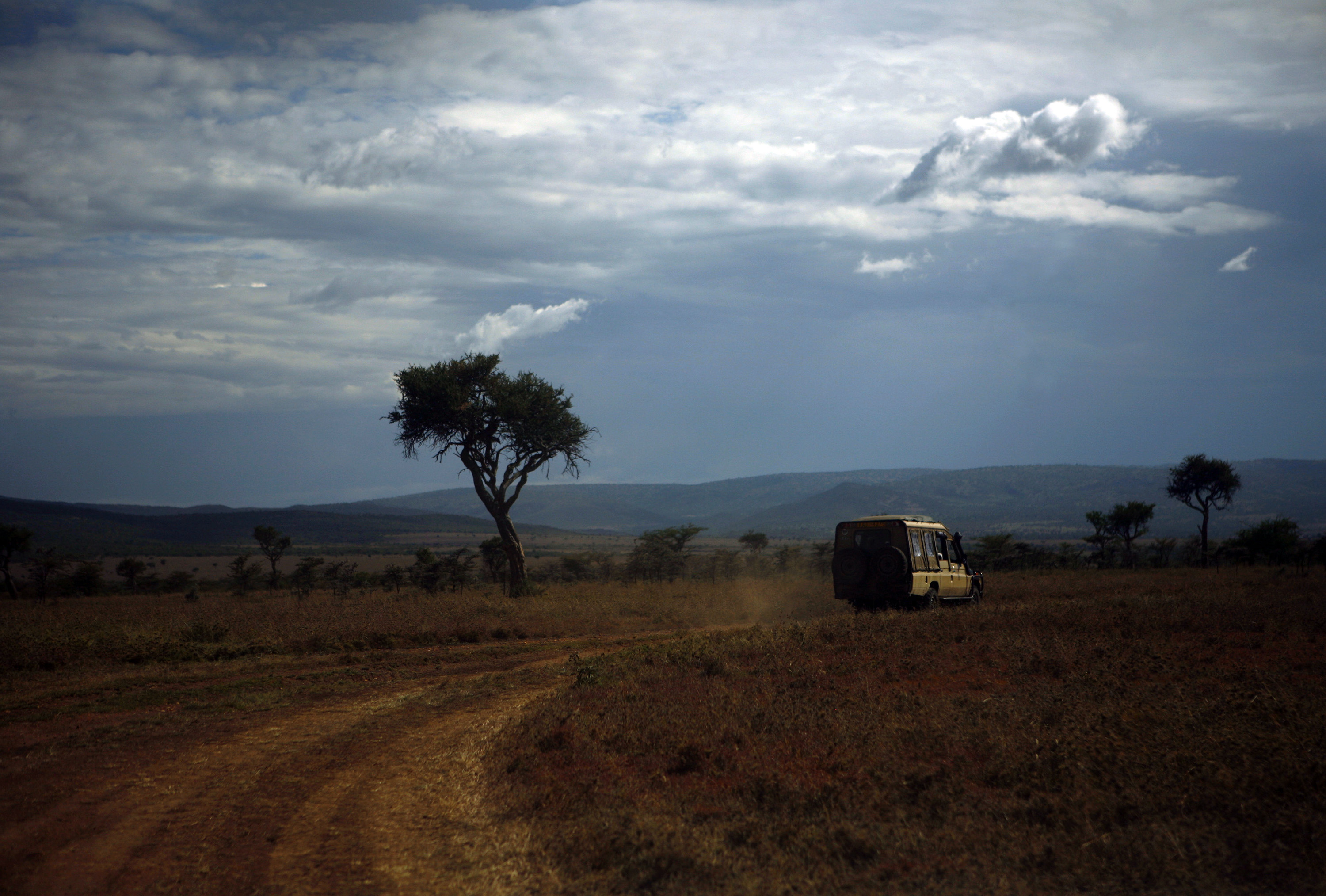 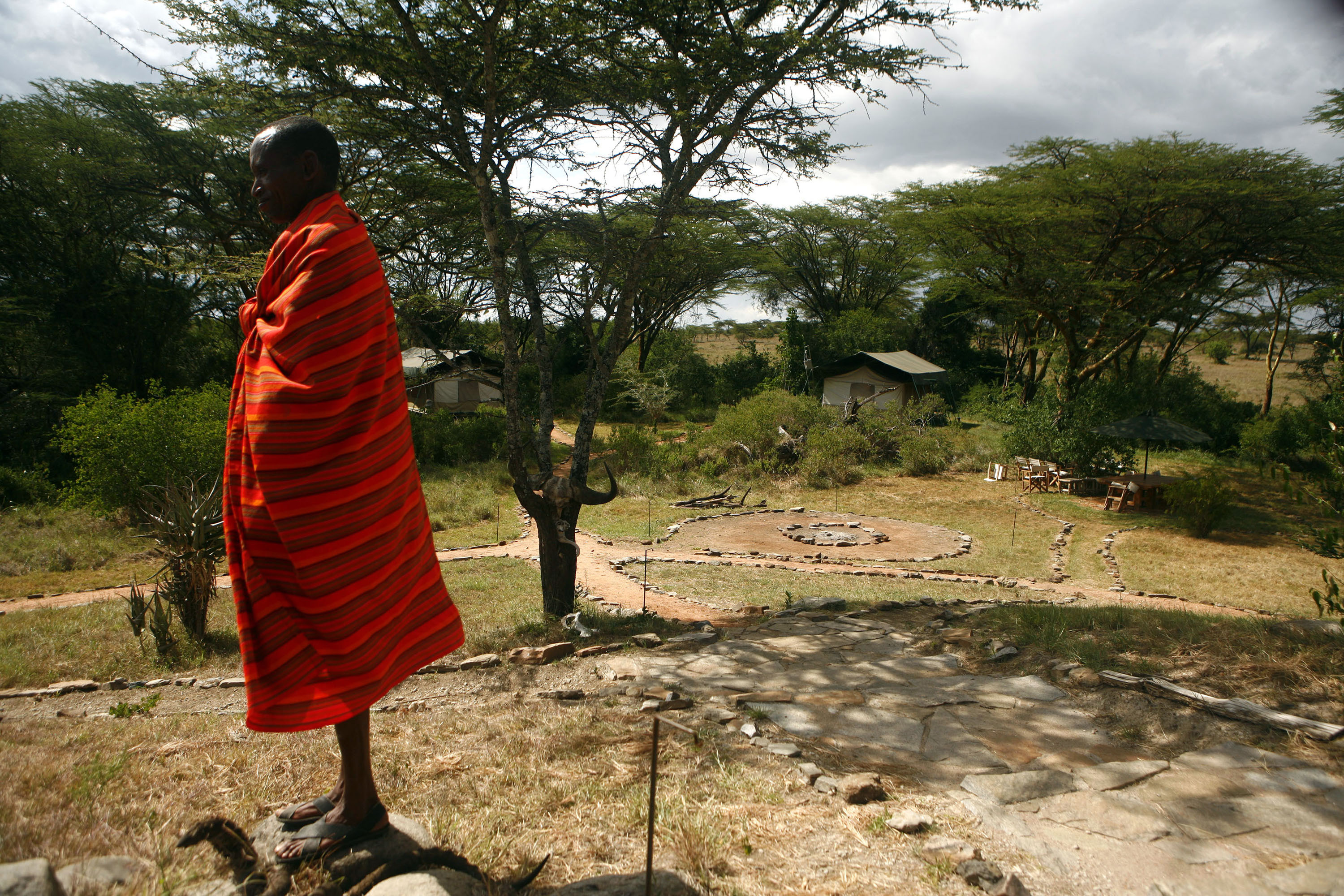 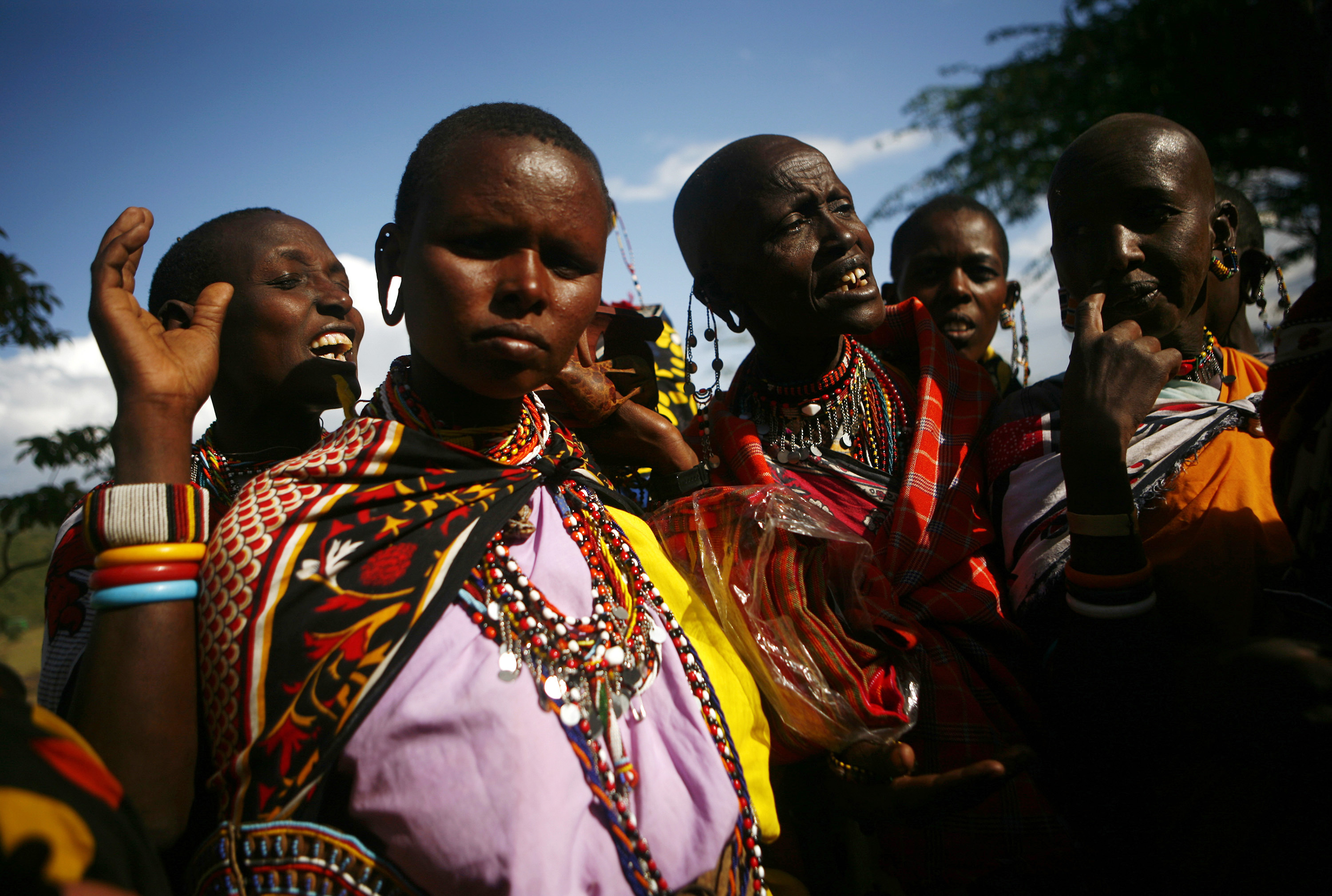 Tourists loved this road.
Seesawing down the eastern scarp of the Great Rift Valley from Nairobi, it delivers up the sort of operatic vistas of grass and sky that steep into memory - the first luminous glimpse of wild Africa for generations of awed travelers.
But the tourists are largely gone now. And so, in important ways, is the iconic Kenya they came to see.
On the fabled Narok road today, the battered trucks that used to haul sacks of grain or cattle are instead crammed with standing refugees. Expressionless, clutching children or bedrolls, their heads bounce in time with the bucking of wheels through potholes.
Further on, at Narok town, once a popular launch pad for budget safaris, young toughs armed in the style of medieval infantry patrol the rocky streets. Like nightmare tour guides, they offer to point out with their clubs and swords where neighbors fell in the orgy of political violence that has ravaged this country since its disastrous December 27 elections.
An hour away sprawls the elephant-dotted Masai Mara, Kenya's premier wildlife destination. Around 700,000 people visited the huge savanna park last year. Today, crowds of Maasai women rush the few cars that still arrive at its gates each day. Frantic to make a sale, they fling their beadwork into the cars. Some even try climbing through the car windows.
"You know what's strange?" said James Ndirangu, the melancholy duty manager at one of the reserve's dying luxury lodges. "It's actually a great time to come to the Mara. The reserve is empty. It's silent. Like the Kenya of 100 years ago."
Safari into poorer Kenya
Ndirangu was sitting in his deserted bar when he said this. He was a kind man. He had instructed the house guitarist to croon Kenya's national anthem to boost the spirits of his beleaguered staff, who like some 20,000 other tourism workers, face mass layoffs as Kenya's vital tourism industry collapses. Still, he was wrong about visiting the Mara.
To travel the beautiful Narok road today isn't to journey into the past. It's a safari into a poorer, more balkanized, and permanently scarred future Kenya.
It seems absurd to worry about tourism as Kenya self-destructs.
A month of factional killings has left, by the latest counts, some 1,000 people dead in the formerly peaceful East African nation. More than 300,000 others remain homeless due to communal violence between supporters of President Mwai Kibaki, a grandfatherly politician who often seems disconnected from the suffering of his people, and Raila Odinga, his younger and more hot-blooded challenger, whose followers often seem prepared to burn the country down to prove that the election was stolen.
Kofi Annan, the former United Nations chief, is mediating between the two archrivals.
Yet even as TV crews focus obsessively on every burning roadblock or machete-swinging youth, another hidden calamity is building: The destruction of one of the most dynamic economies in Africa, which is propped up by a billion-dollar tourism trade.
David Ndii, an independent financial analyst in Nairobi, calculates that Kenya's economic output already has shrunk by up to 40 percent because of the political crisis.
The largest foreign revenue earner by far - tourism - is dead. Tens of thousands of European, Asian and American tourists have abandoned Kenya's world-class beaches, game parks and resorts, in some cases for similar attractions in Tanzania or South Africa. A recent meeting of Kenyan tour operators reported that mass cancellations have cost Kenya at least US$280 million so far.
"This is going to hit the Kenyan middle class hard," said Nancy Imunde, a spokeswoman for the Sarova Hotels chain. "We're talking job losses in construction, industrial agriculture, transportation and all the other skilled industries that feed into tourism. This will only make the situation more volatile."
Wildlife service victimized
One of the most lamentable victims of post-election chaos has been the Kenya Wildlife Service.
Once plagued by corruption and mismanagement, the agency responsible for protecting Kenya's vast herds of free-roaming animals had made a remarkable turnaround lately. Under a new, house-cleaning director, it logged a record US$28 million profit last year from park fees. Today, it is begging money from the national treasury. An order for 101 new park vehicles has been canceled.
Because of this, wildlife biologists worry that plummeting tourist revenue, coupled with anarchy around the reserves, will spark a resurgence of poaching. At the moment, Kenya's once-imperiled elephants are experiencing a fragile comeback.
"We are doing our best to watch this closely," said Paul Udoto, a wildlife service spokesman. "So far, refugees have occupied some of our facilities."
Udoto wanted to broadcast a message to tourists: "Please come to Kenya. Our war is internal. If hooligans block the roads, they always let the tourists pass. They only harass other Kenyans."
The scenic Narok road, or at least one branch of it, dead-ends at the plush Sarova Mara lodge.
Normally, the likes of Richard Branson, the flamboyant CEO of Virgin airlines, stay here. The lodge offers golf, swimming, game drives, sunset picnics, shows of traditional Maasai dancing, even bow and arrow lessons - though manager James Ndirangu's voice faltered, listing that particular service.
One evening, about a month after the Kenyan elections, there were 11 tourists staying at the opulent, 150-bed facility. A couple from Pennsylvania said they felt strangely heartbroken by the royal treatment they received. Ndirangu, an easygoing Kikuyu, seated the guests together at meals, so they wouldn't feel lonely. And he cajoled his staff, who included nine of Kenya's 41 ethnic groups, to watch televised soccer together.
Layoffs, he conjectured, would begin in mid-February.
"This is the strangest time I have ever lived through," he admitted, as dusk fell over the savanna. "Who would have thought it? In Kenya?"
Even the weather felt wrong, Ndirangu added. Rain was falling much too early on the Mara. If it continued, he said, the grass would turn unseasonably green across the plains. The wildlife wouldn't seek better pastures. Slowly, almost without human witnesses, one of the world's great animal migrations would grind to a stop.