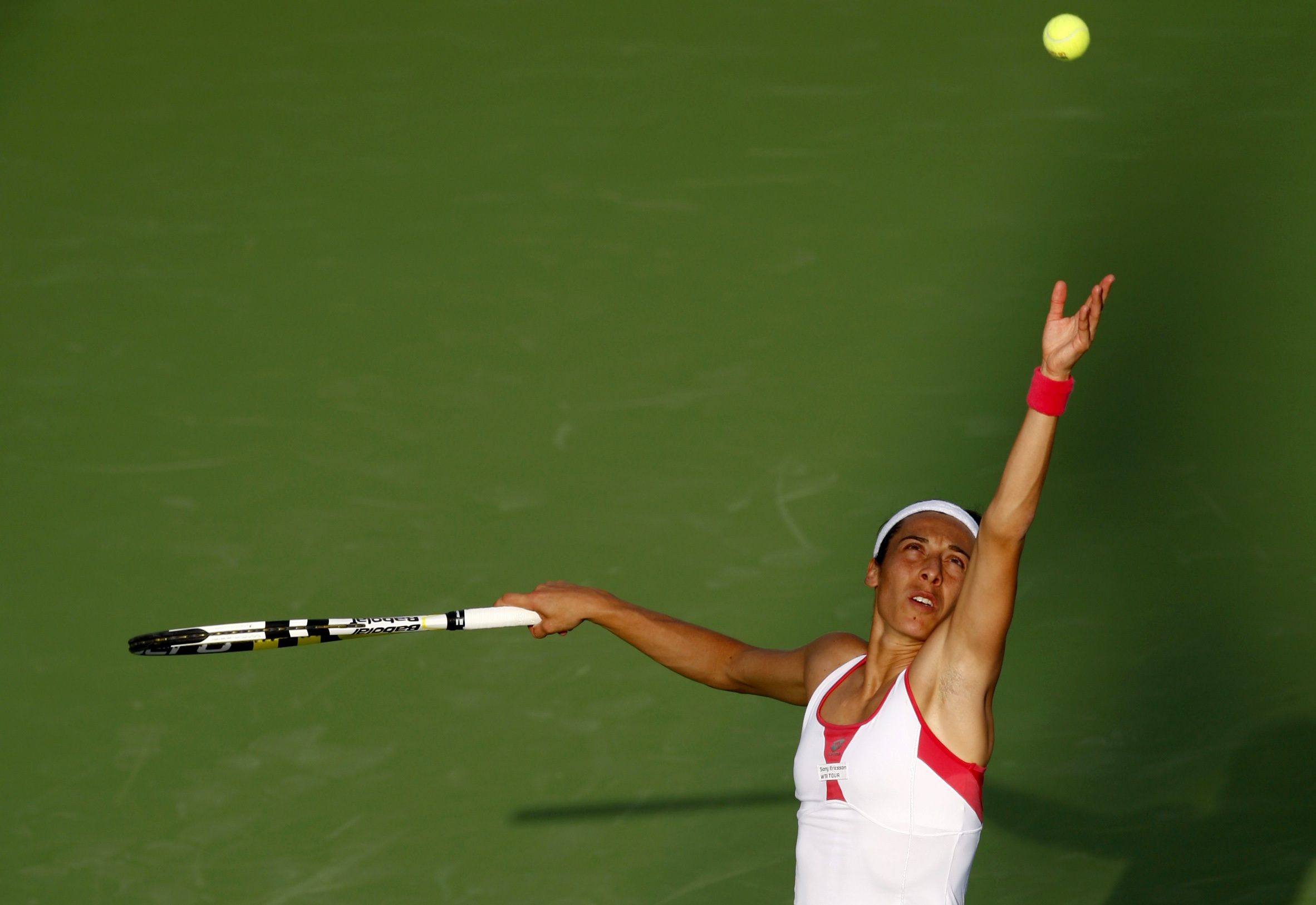 Sixth-ranked Anna Chakvetadze ended a two-match losing streak when she beat in-form Polish star Agnieszka Radwanska 6-2, 2-6, 6-4 in the Dubai Championships first round on Tuesday.
Australian Open champion Maria Sharapova withdrew with a viral illness, but former champion and No. 1 Amelie Mauresmo advanced.
Chakvetadze hadn't won a match since claiming her seventh career title at the Paris Indoors at the start of the month, and faced a strong challenge from Radwanska who reached the semifinals in Doha but had to qualify here.
The Russian squandered a 5-2 lead in the third set before setting up a match with compatriot Dinara Safna next.
"I am slowly regaining my rhythm and winning Paris was good for me, but that was indoors," Chakvetadze said.
"I lost my first match in Doha and knew I had a tough opponent in Agnieszka here. She played really well, but I should have won in two sets because I let go many chances to break her in the second. But I am happy to have played a tough opening round. I am already feeling a lot better about my game."