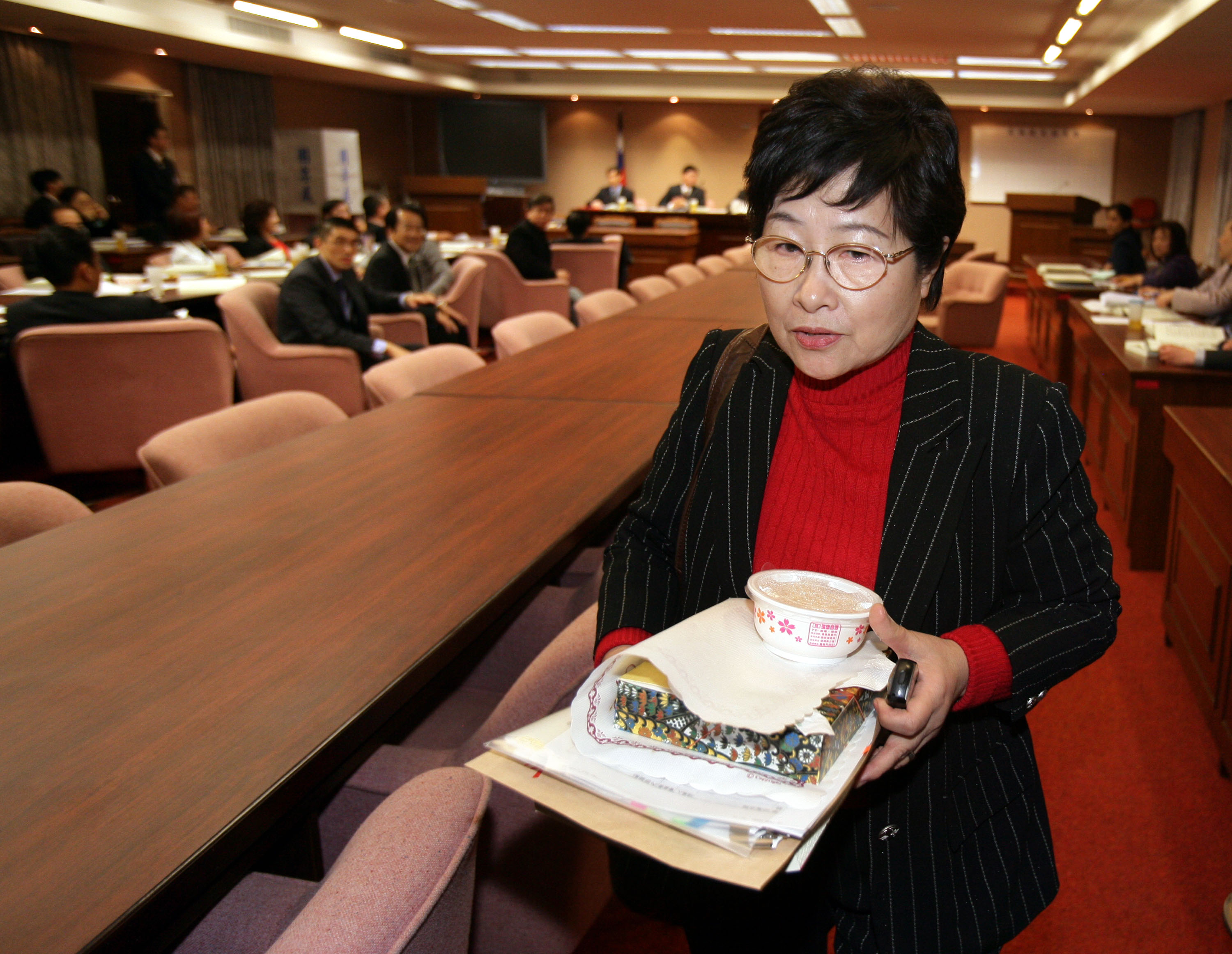 The opposition Kuomintang yesterday blocked 11 bills from being put onto the legislative agenda by making use of their majority in the Legislature's Procedure Committee, including a bill aimed at recovering ill-gotten KMT assets.
The KMT enjoys a 14-seat presence in the 19-seat Procedure Committee, which meets once a week to vote on which bills will be put on the weekly legislative agenda. The governing Democratic Progressive Party holds four seats on the committee, and the Non-Partisan Solidarity Union has the one remaining seat.
In yesterday's meeting, KMT legislators Alex Fei (費鴻泰) and Lai Shyh-bao (賴士葆) were elected as conveners of the committee.
Other bills that were set aside by the KMT include the draft amendments to Financial Holding Company Act that had produced Taiwan Financial Holding Co., amendments to the Agricultural Finance Act that are related to mergers of agricultural and financial institutions, and the draft organic act, regarding the administration of agricultural and biological science parks.
The KMT caucus also opposed the moving forward several other issues, include the draft amendments to the Income Tax Act, which would resume taxation of military personnel and teachers, amendments to the organic law governing the establishment of an anti-corruption bureau under the Ministry of Justice, the Judicial Persons of Foundations Bill, which would put a limit on the naming of judicial persons, and the bill for the abolishment of the National Chiang Kai-shek\ Memorial Hall Management Office.
The committee instead chose to set into motion the draft amendments to the Statute Governing the Relations between the Peoples of the Taiwan Area and the Mainland Area, which aims to loosen restrictions on high-tech enterprises currently invested in China so as to allow financial enterprises to invest in China.
Also allowed onto the legislative agenda was a draft amendment to the Referendum Act, which would mandate the adoption of a two-step balloting process for referendums held in conjunction with national elections, and the draft of the Taoyuan International Airport Special Statute, which is related to developing the airport into an airport city.