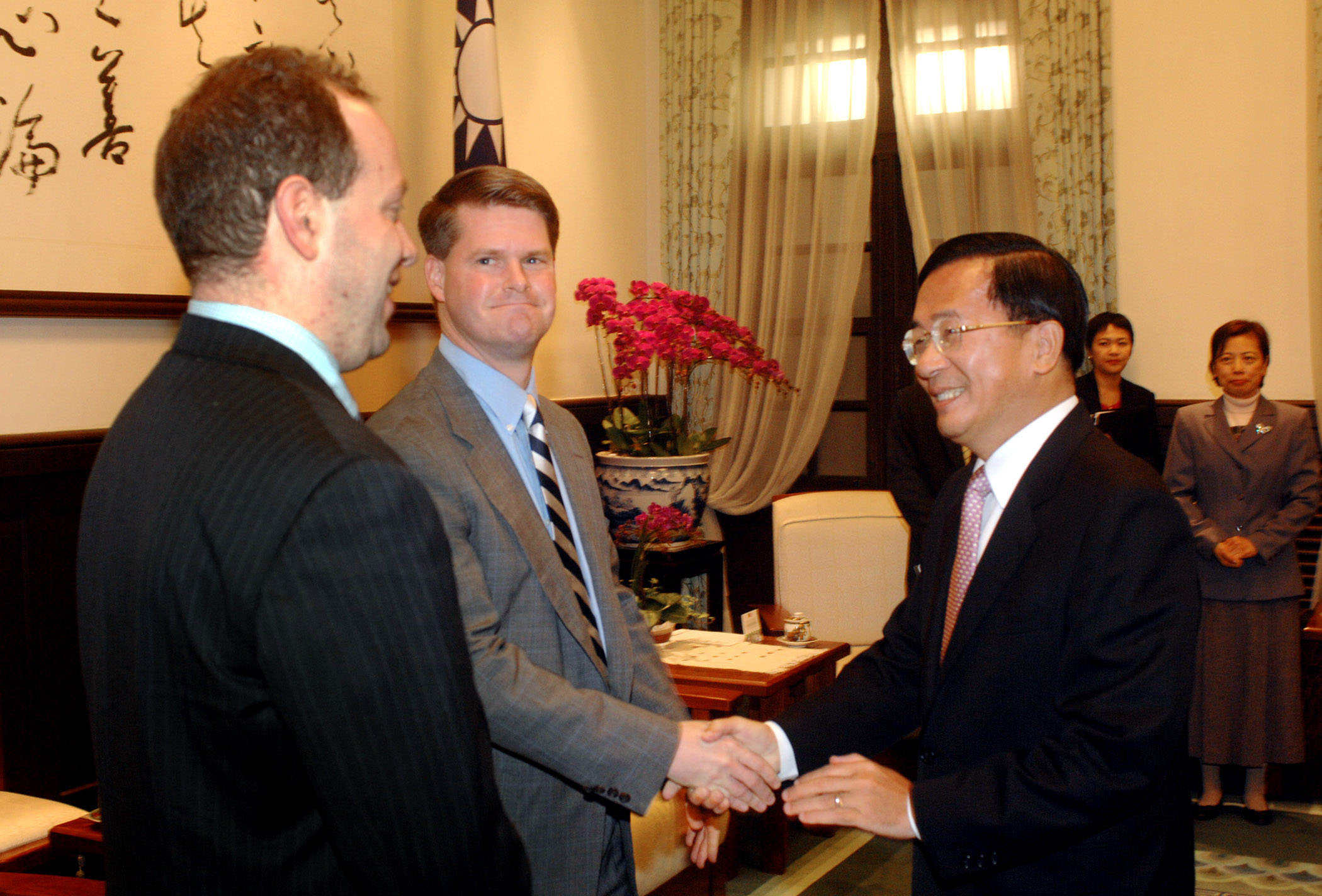 The United States government's opposition to Taiwan's referendum to join the United Nations does not represent Washington's support for the opposition Kuomintang in the presidential election, said a former U.S. senior official yesterday.
"It would be a misinterpretation if someone thinks that America's opposition to Taiwan's U.N. referendum bid means the nation is inclined to support the pan-blue camp," Hsiao Bi-khim (蕭美琴) said.
Hsiao was responding to a statement by Randy Schriver, a former deputy U.S. Assistant Secretary of State for East Asian and Pacific Affairs. He made the comments during a visit to Democratic Progressive Party presidential candidate Frank Hsieh's (謝長廷) camp yesterday
Hsiao said that Schriver specially pointed out that the U.S. government will not take sides in Taiwan's presidential election, who also expressed sincere respect to all kinds of democratic activities in Taiwan.
He was accompanied by Dan Blumenthal, former senior director for China, Taiwan and Mongolia in the U.S. Office of the Secretary of Defense.
Schriver and Blumenthal also visited President Chen Shui-bian (陳水扁) and Kuomintang candidate Ma Ying-jeou (馬英九) yesterday.
During the meeting, Chen echoed a recommendation made in Schriver's report, urging the U.S. to establish a high-level dialogue channel with Taiwan. The report also suggested that the U.S. secretary of state should be able to call his or her counterpart in Taiwan to better clarify America's positions and understand Taiwan's policies.
Chen said that the elevation of high-level dialogues between Taiwan and U.S. can help the understanding between the two nations.
Chen said that the report made concrete suggestions to promote Taiwan-U.S. relations, however, it did not cover as much of Taiwan's sovereignty issue as it should.
In response to Chen's inquiry, Schriver said that the report had touched lightly on the issue, but he stressed that "only Taiwan's people have the right to decide Taiwan's future."