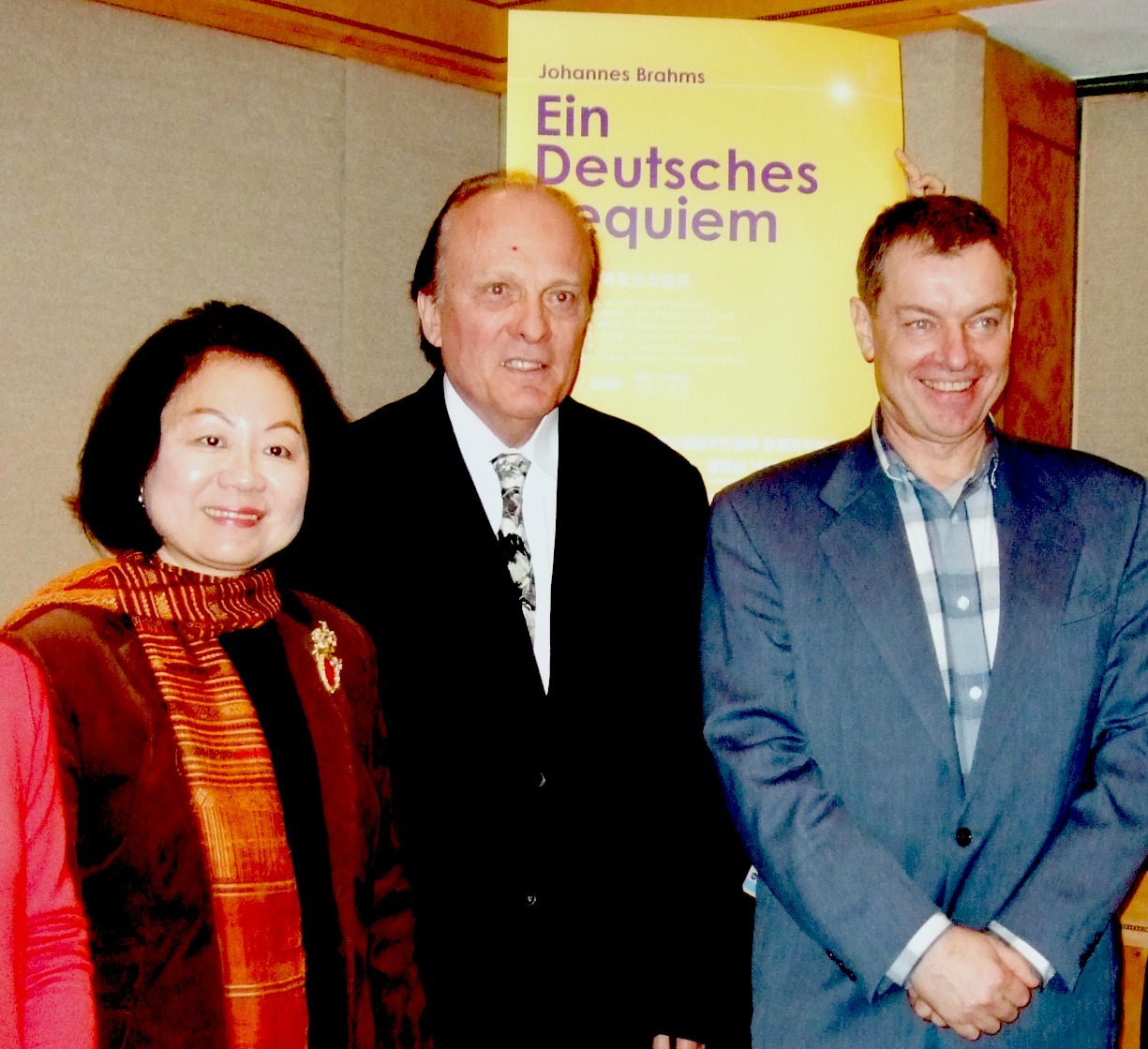 Zdenek Macal, a Czech conductor who left a promising career in his homeland after a Soviet-led invasion in 1968 crushed the Prague Spring, is here to conduct the National Symphony Orchestra, the National Experimental Chorus, and the Chorus of the Vienna State Opera in a performance of Brahms' "Ein Deutsches Requiem" at the National Concert Hall in Taipei tonight, February 27.
The 72-year-old Macal, who was the winner of a conducting competition in Besancon, France, many years ago, is the maestro who appeared in the hit Japanese TV series called "Nodame Cantabile."
The "Requiem" was also performed in Taipei ten years ago, on the 50th anniversary of the 228 Incident.
According to Macal, Brahms' 75-minute consolatory piece, which was specially chosen to commemorate the infamous 228 Incident of 1947, is usually played alone. Brahms dedicated it to Robert Schumann, a composer and good friend who tried to take his own life, and his own mother, who passed away before the completion of the composition.
The concert, which should last only 75 minutes, is short, according to Macal. At times, he has taken a 15-minute break after the third part, but he felt that it broke the flow of the music. Other times, a 15-minute contemporary piece precedes the requiem.
In Taipei, Tyzen Hsiao's "1947 Overture" will begin the program. The Chorus of the Vienna State Opera will join the National Experimental Chorus in singing the text in Taiwanese. According to an NSO source, the chorus from Vienna is having fun learning to sing in Taiwanese.
The chorus from Vienna will give performances of "Ein Deutsches Requiem" under the baton of Riccardo Muti for three days in a row at the Salzburg Music Festival this year - it will undoubtedly be a formidable feat.
Macal returns to Taiwan for the third time and he appears amused by his celebrity status, which he earned after his performance in "Nodame Cantabile." "They stop me on the street in Prague and elsewhere, talking about Nodame," revealed Macal. "I was recognized during a tour in Germany. After a concert, when I went out to see the manager, about 25 teenage Japanese girls surrounded me, screaming and hugging me. The musicians were looking, so I told them that my acting had to do with their behavior after meeting me. I also told the musicians that if they are not nice to me, I will go to Hollywood."
Macal said that taping for a television series was not easy. As he put it, "You have to do something 25 times. They change the camera. They shoot from different angles."
At the beginning, filming was difficult. A boy was to say: "I want to be your pupil," and Macal was to say: "You are already my pupil. I will wait for you."
The little one was to rush forward, only to be caught by the maestro, who then lifted him high off the ground.
"I did this 25 times," recalled Macal. "The next morning, I could not get out of bed, as one leg hurt so much."
Macal feels heartened by the thought that he was part of a series that helped open up the world of classical music to young people.