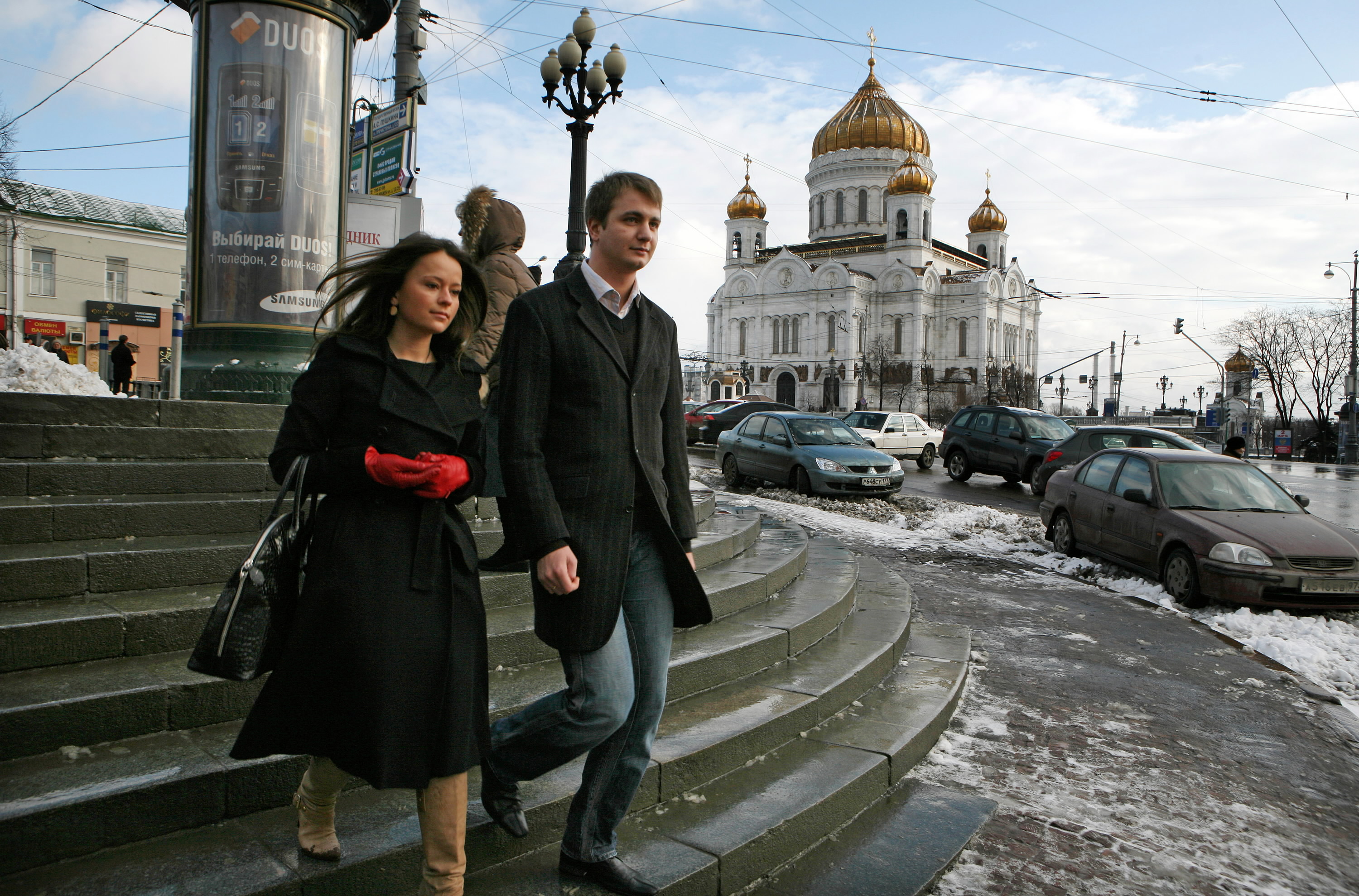 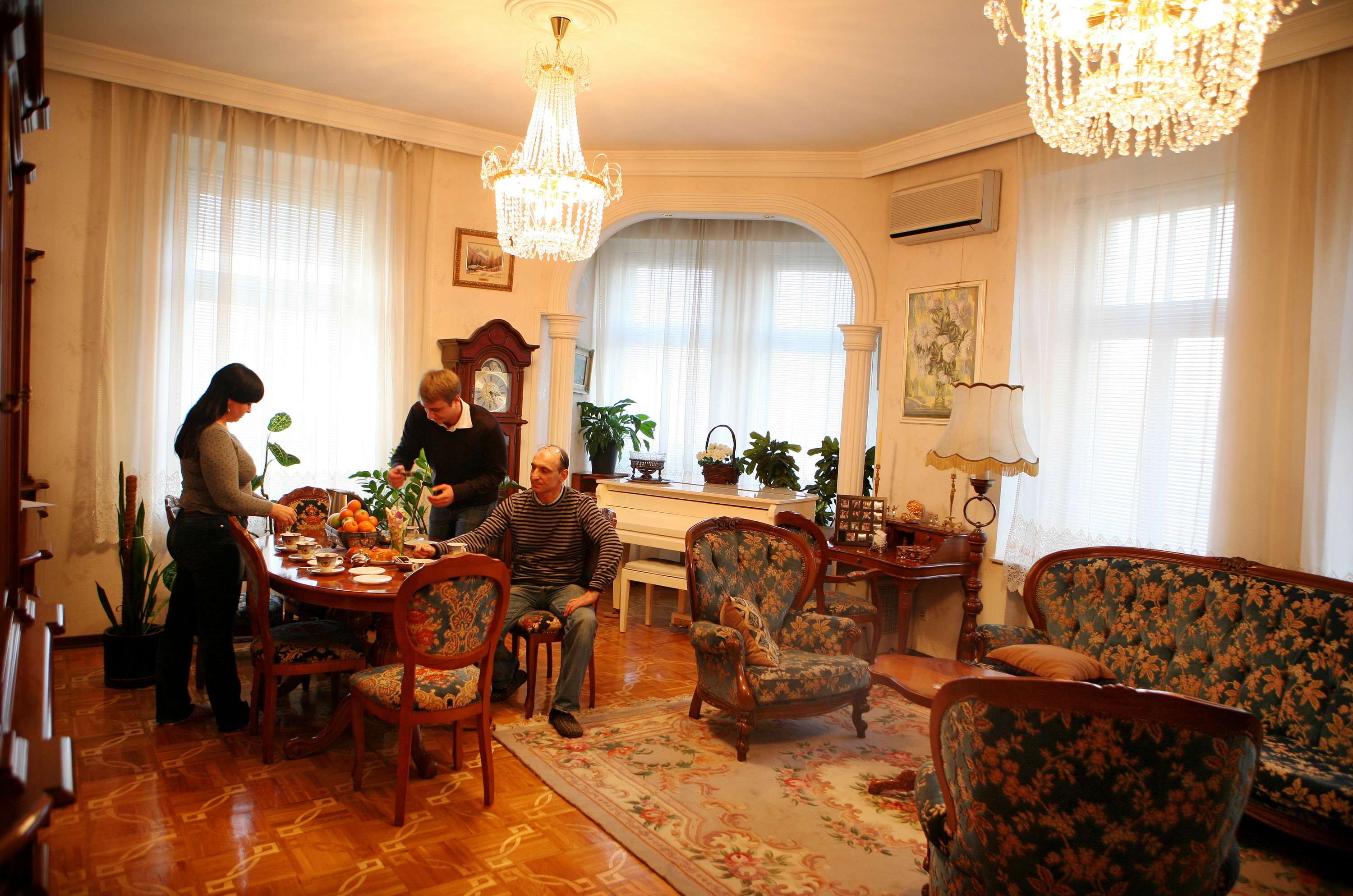 Dressed in stylish shoes and a sharp suit, Kirill Shchitov strides to work every morning with an eye on the Kremlin looming ahead on the skyline. It's a tantalizing reminder of his ultimate goal: the top job within its imposing walls.
That's a long shot, he concedes with a shy smile in his room, a poster of Charlie Chaplin looking over his shoulder. But at 22, Shchitov is already a rising star in Russian President Vladimir Putin's United Russia party.
Last year, as public relations chief for the party's youth wing in Moscow, he helped organize 50-plus events - including a Red Square rally of 15,000 to promote the party's young candidates, nearly a dozen of whom were elected to parliament.
Born amid the fervor of Mikhail Gorbachev's economic and social reforms, Shchitov's generation was expected by liberals to build on Gorbachev's effort. Instead, they have thrown their weight behind a man seen as rolling back democratic reforms in the name of a more stable, prosperous, and powerful Russia.
In Sunday's polls, young Russians - 92 percent of whom approve of Putin - are likely to join Shchitov in endorsing their leader's eight-year tenure by electing his handpicked successor.
They are the Putin generation: young, often worldly, optimistic about their country's future, and enthusiastic about a democracy they see as having more to do with higher living standards than checks and balances or freedom of speech.
Acquainted only through history with the Soviet Union's oppressive grip, but distinctly aware of their parents' challenges during the tumultuous 1990s, they live in a Russia of unprecedented opportunities - ones shaped profoundly by Putin's strong hand over the past eight years.
Though few of his peers are as politically engaged as Shchitov, an overwhelming majority share his party's view of Putin as a strong leader who transformed Russia into a stable, prosperous country demanding respect on the world stage.
Since the former KGB agent became president in 2000, Russia's gross domestic product has quintupled, from US$260 billion to US$1.25 trillion. Its reserves - nearly US$500 billion - are 12 times what they were in 2000.
This prosperity has contributed to a sense of stability after a decade-long experiment with liberal democracy that seared the national psyche. A rich minority gobbled up massive assets amid rapid privatization even as 40 percent of the country languished in poverty.
At the Moscow headquarters of United Russia's Young Guard, Shchitov has headed up public relations and youth relations since April, running meetings with a dozen or so deputies from the head of a glossy wooden table. At the end of one long day, at a favored cafe around the corner from his home, a visibly weary Shchitov articulates his mission: to groom a new generation of leaders who will build on the momentum of Putin's tenure.
Blaming the Soviet Union's collapse on a lack of fresh ideas among graying politicians, Shchitov has helped to establish unofficial youth parliaments in 104 of the 125 districts in the Moscow region since last February.
Back at home, he relaxes in a armchair while his Egyptian cat, Cleopatra, lounges nearby on an Oriental rug. But politics is never far from his mind.
His father, who was on the forefront of Russia's foray into international business in the 1990s, chimes in. "When Putin became president ... there were several people who had lots of money, who could really influence the political course of our country, but the government had no mechanisms to control the political process," says Vladimir Shchitov, taking a break from watching a tennis match on TV.
Before taking another break from his political life to attend an evening opera at the Bolshoi theater, Shchitov and his fiancee, businesswoman Elena Filatova, explain over cappuccinos what stability means for them.
"Stability means we won't have an economic crisis like in '98; we won't have devaluation of our currency.... We won't have crime in the streets," says Shchitov, his light-blue eyes intense yet steady.
"But for me, the most bright example of what stability is - this summer we will get married. I'm sure I will have a good salary, I won't be fired because of an economic crisis, we will be able to look after our children - and they will have all they need."