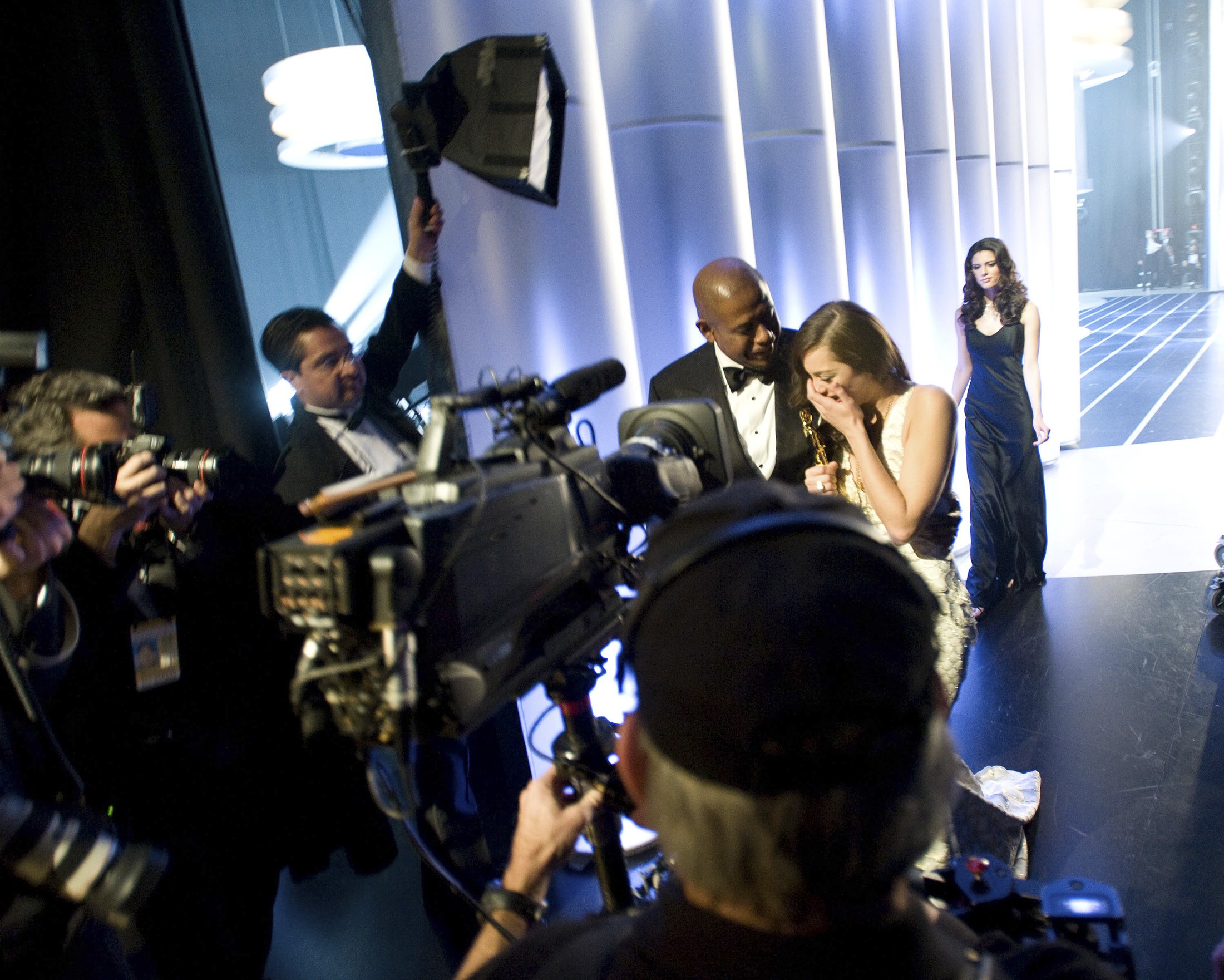 "No Country for Old Men" won, as expected. Daniel Day-Lewis triumphed, as anticipated. The Coens won for directing, as predicted.
Ho hum.
There have always been favorites and underdogs at the Academy Awards, but Oscar prognostication has become robust business and an increasingly calibrated pseudo-science. By the time the statuettes are handed out, the winners are often expected, sapping the ceremony of drama.
To be sure, shocking upsets can still happen. The last time Jon Stewart hosted, "Brokeback Mountain" was the consensus favorite, only to be upended by "Crash." In 2005, few predicted Clint Eastwood's "Million Dollar Baby" as the big winner, instead expecting Scorsese's "The Aviator."
"The academy likes surprises," said overwhelming favorite Day-Lewis backstage after accepting his award. "There were a few surprises tonight. And they always get a rousing cheer. Everyone likes a nice surprise."
On Sunday night, the closest thing to an upset was Tilda Swinton ("Michael Clayton") winning for best supporting actress over the more favored Cate Blanchett ("I'm Not There"). Most saw best actress as a two-way race between newcomer Marion Cotillard of "La Vie En Rose" (who won) and the veteran Julie Christie ("Away From Her").
Instead, "No Country" rode to its anticipated victory, culminating a drum beat sounded for months by many critics and awards groups.
These Oscar harbingers help gradually winnow the field from hundreds of films and performances until consensus begins to take shape, formed by critics, buzz, studio advertising and momentum. The ride can be strange for those atop the crest of Oscar onslaught.
Other than the "Crash" upset, 2006 went by the book, with wins for Philip Seymour Hoffman ("Capote"), Reese Witherspoon ("Walk the Line") and George Clooney ("Syriana").
This time around, the major winners were predicted by most, including the awards for actor (Day-Lewis), director (Joel and Ethan Coen), supporting actor (Javier Bardem), original screenplay ("Juno"), adapted screenplay ("No Country"), animated feature ("Ratatouille"), art direction ("Sweeney Todd"), cinematography ("There Will be Blood"), score ("Atonement"), and song ("Falling Slowly" from "Once").
The Hollywood blog Movie City News compiles the Oscar guesses of 15 movie biz reporters hailing from Variety to Entertainment Weekly. Their averaged selections predicted all of the winners listed above.
And this was in a year where the Oscar race was largely up in the air heading into the season, without a guaranteed heavyweight lurking like "Titanic" or "Lord of the Rings."
"There is a narrowing and you can analyze to a point," said Movie City News editor David Poland. "But in the end, nobody knew whether Marion Cotillard or Julie Christie was going to win."'
"There's a mystery to it, always," Poland added.