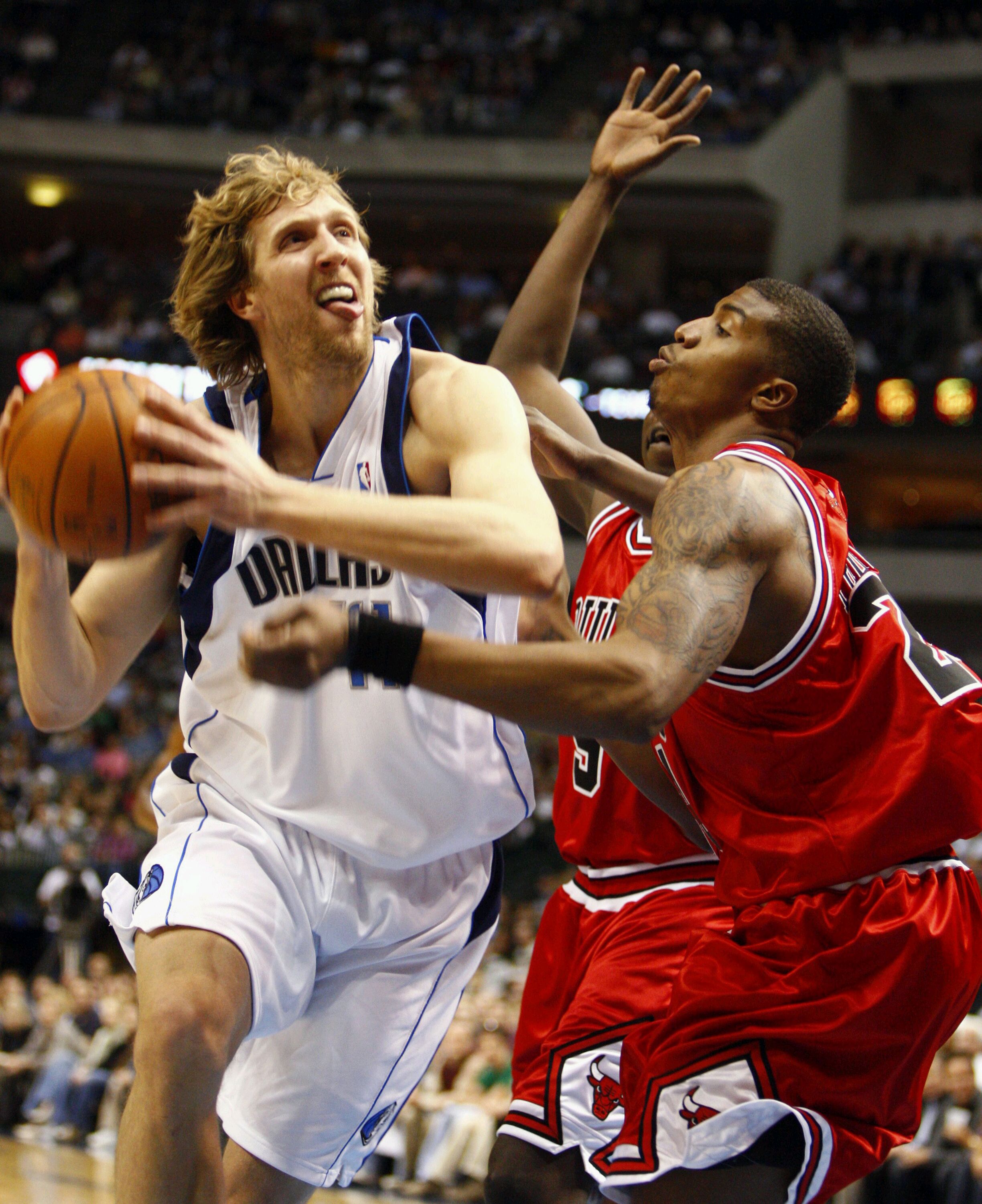 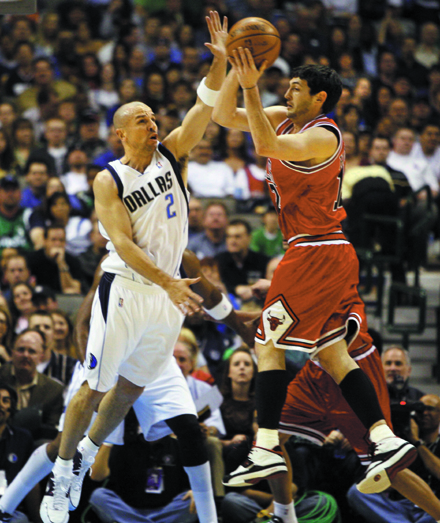 The Chicago Bulls have performed disappearing acts so many times this season that this one stood out for what didn't leave American Airlines Center on Monday night.
Their effort.
Kirk Hinrich had long waved goodbye, earning two quick technical fouls and an ejection in the second quarter. Luol Deng vanished for a third-quarter stretch, too, courtesy of an inadvertent elbow that opened a bloody gash over his right eye and required stitches.
And still, the Bulls wouldn't go away. They really had no business hanging around within five points late in the fourth quarter against one of the Western Conference's elite and ultimately fell to the Dallas Mavericks 102-94.
The loss dropped the Bulls to a season-low 12 games under .500 with 26 games remaining.
"The whole thing for us is: Can we create the chemistry we need to have a nice, fluid offense?" interim coach Jim Boylan said before the game. "We've had several possessions where we did that. Guys were moving, sharing the ball with each other. We've just got to sustain that for longer periods of time."
Larry Hughes, who scored 14 in his second game as a Bull, made it 93-88 with 2 minutes 39 seconds remaining with a baseline jumper.
But Dirk Nowitzki, who led Dallas with 29, drew a foul on Tyrus Thomas at the other end and made two free throws. Following a miss by Drew Gooden, who tallied 17 points and eight rebounds, Jason Kidd scored on a layup to ice matters. Dallas is now a league-best 24-2 at home and 3-1 since acquiring Kidd, who finished with 11 points, nine rebounds and eight assists.
"Jason's a winner who's going to energize the team," said Boylan, who was an assistant coach in Phoenix when Kidd played for the Suns. "That's just what he does. He's done it his whole career, and I don't see that being any different here."
Ben Gordon's 25 points led the Bulls, who fell behind by a ridiculous 17 in the first quarter thanks in part to a brutal stretch by Hinrich. He committed three turnovers in 6:47.
Official Monty McCutchen ran Hinrich on a simple out-of-bounds call in which Hinrich and Kidd battled for possession. Hinrich received two technicals for arguing.
Shortly afterward, the Bulls fell behind by 14 before rallying to make it 50-43 when Andres Nocioni scored with 4.4 seconds left before halftime. Inexplicably, the Bulls let Jerry Stackhouse dribble down and sink a three-pointer at the buzzer to trail by 10 at the break.
Then Hughes forced a pass that Jason Terry stole and fed a streaking Stackhouse for a layup. Gooden followed with another bad turnover that Nowitzki made the Bulls pay for with another three. Suddenly, the Mavs led by 13, yet another hill for the Bulls to climb.
In other NBA action on Monday: Toronto 102, Indiana 98; Washington 95, New Orleans 92; San Antonio 89, Atlanta 74; Detroit 98, Denver 93; Boston 104, L.A. Clippers 76