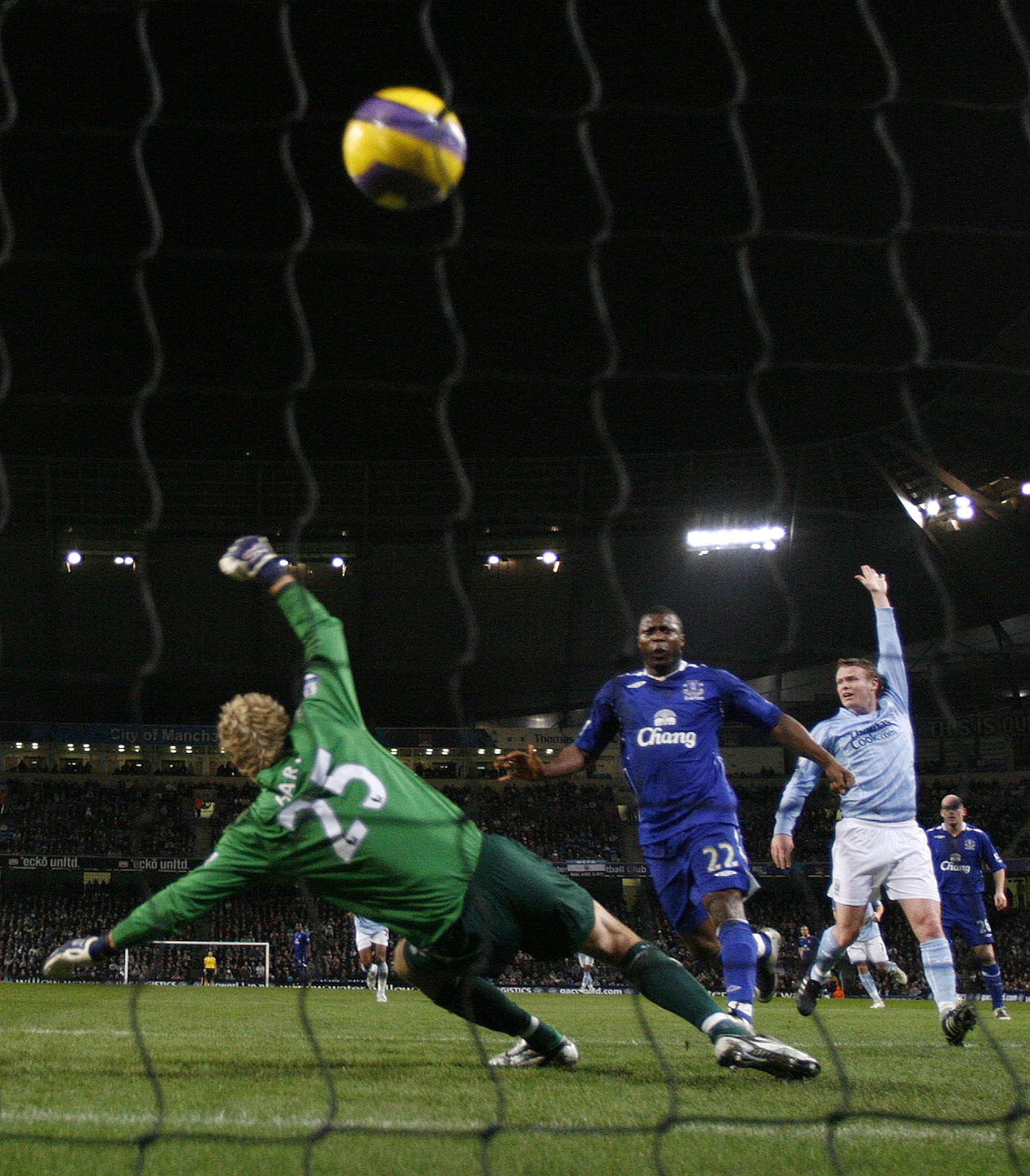 Phil Jagielka believes a convincing defeat of Manchester City was evidence that Everton have what it takes to pip Liverpool in the battle for the final Champions League qualifying spot.
Midfielder Jagielka has been outstanding for David Moyes's side in recent weeks and impressed again in Monday night's 2-0 win at the City of Manchester Stadium.
"It was a massive result, looking how tight the table is and coming to a place like here, where they've been fantastic at home," Jagielka said after a victory that lifted Everton back into the top four at their Merseyside rivals expense.
First-half goals from Aiyegbeni Yakubu and Joleon Lescott sealed the win for Everton and Jagielka added: "Obviously the second half they put pressure on us but we have some decent defenders and others willing to muck in ... It's important to keep fourth place if we can and if we can finish there it will have been a massive season for us ... Every point from now until the end of the season matters; it is six-pointers every week ... If we can keep our performances like tonight we should be there or thereabouts."
The win also sent Everton six points clear of Manchester City and, on this evidence, Sven Goran Eriksson's side will struggle to get their own bid to join Europe's elite back on track.
City, who finished the match with ten men after Martin Petrov received a late red card, were a pale imitation of the side that beat Manchester United at Old Trafford in their last league outing.
Everton could easily have won more comfortably had referee Rob Styles not waved away a couple of good penalty appeals, both the result of Micah Richards handling the ball inside the area.
The second goal came when midfielder Lee Carsley sent in a superb cross to the back post and England defender Lescott got there ahead of Richard Dunne to head his side into what was to prove an unassailable lead.
After the break, Everton continued to dominate. Everton boss David Moyes praised his team's performance. "For us to take six points off City this season is really good. To get 50 points at this stage of the season is fantastic and we have to keep building on it."