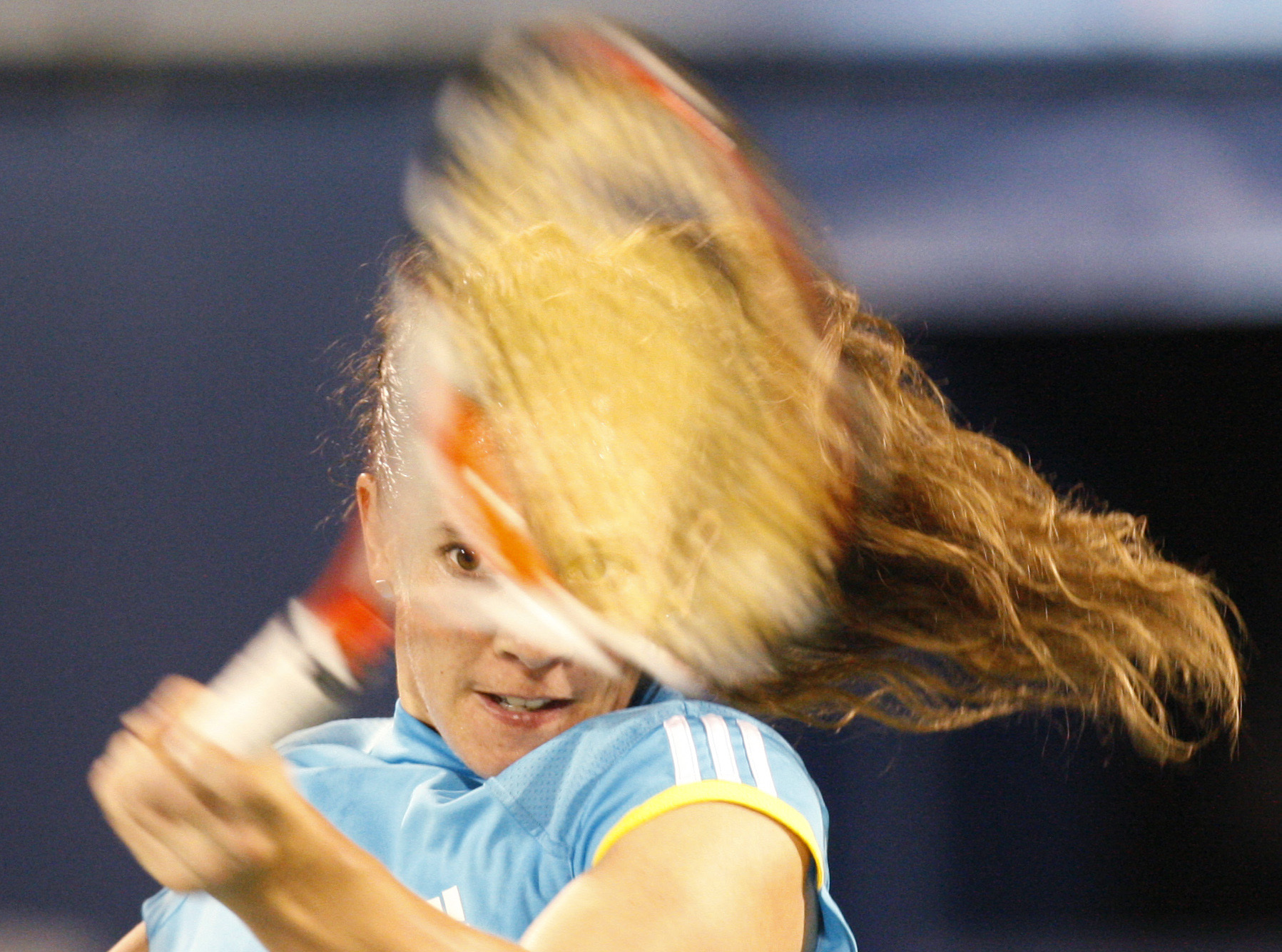 Eighth-seeded Elena Dementieva beat Patty Schnyder 7-5, 6-0 Monday to advance to the second round of the Dubai Championships.
Dementieva saved two set points in the first set and then breezed through the second after Schnyder had to take a medical time-out with a pulled right hamstring.
"I knew it would be a tough opening match against Patty, and that's how it turned out," Dementieva said. "I somehow managed to stay in the first set, and once I saved two set points and won the set, it was a good boost to my confidence. I started playing much better after that."
Dementieva will next meet Alona Bondarenko, who rallied to beat Maria Kirilenko 3-6, 6-3, 6-2. Also Monday, Dinara Safina had an easy time against wild card Selima Sfar, winning 6-1, 6-3.
The four top seeds - top-ranked Justine Henin, Svetlana Kuznetsova, Ana Ivanovic and Jelena Jankovic - all have first-round byes. Sharapova, who is seeded fifth, started her campaign yesterday against Hungary's Agnes Szavay.