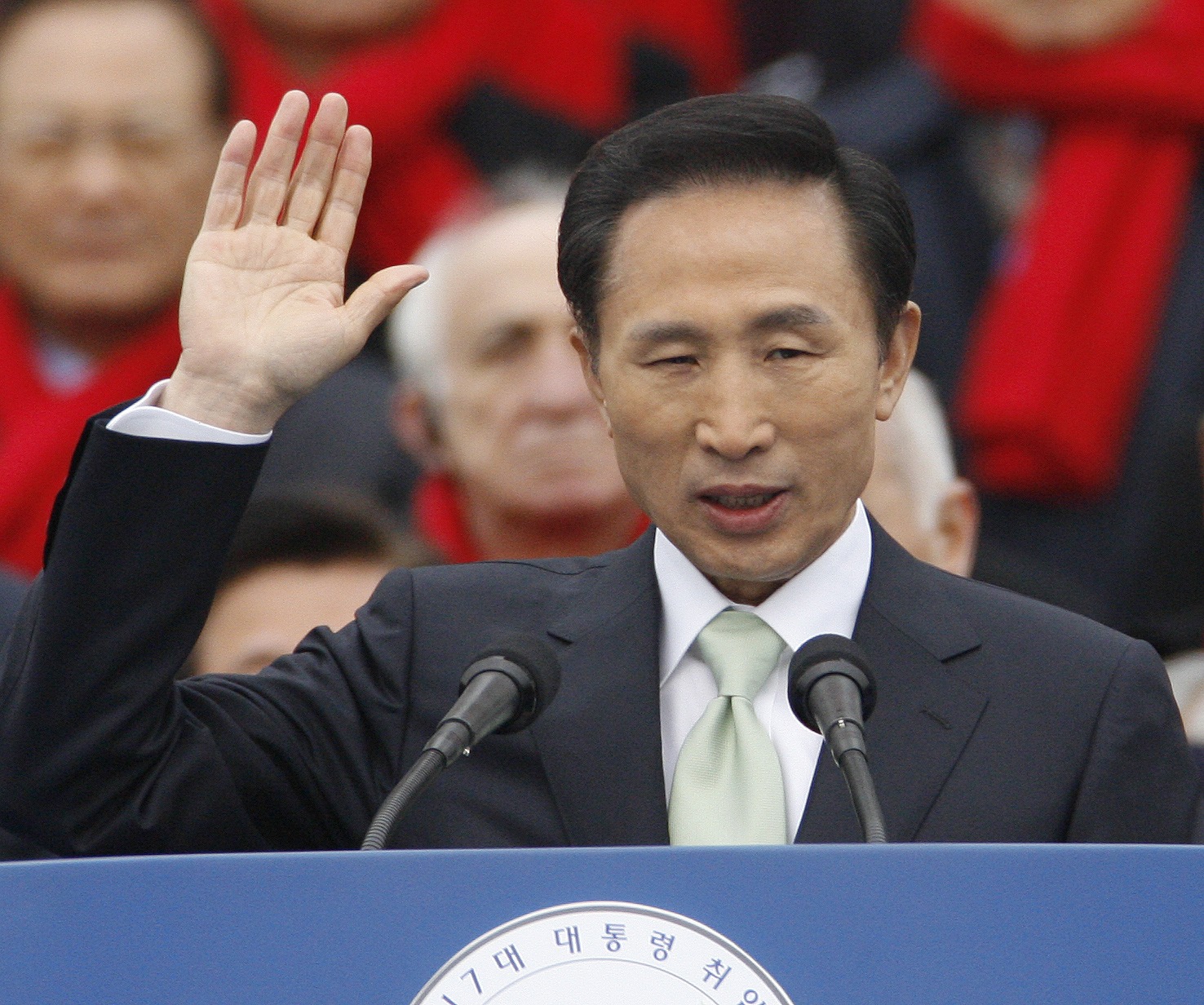 Hard-charging former businessman Lee Myung-bak took the oath of office as South Korea's new president yesterday, vowing to revitalize the economy, strengthen relations with the U.S. and deal with nuclear-armed North Korea.
The conservative, pro-U.S. Lee, nicknamed "The Bulldozer" for the can-do image he honed as a construction company CEO and later as mayor of Seoul, was sworn into office in a colorful outdoor ceremony at the National Assembly in the presence of tens of thousands of onlookers and foreign dignitaries.
"Economic revival is our most urgent task," Lee said in his inauguration speech.
Lee also vowed to boost ties with the United States and called for summits with North Korea as needed, according to an advance copy of the speech.
Lee's presidency ends a decade of liberal rule that critics say hindered economic growth, was too soft on communist North Korea and fomented tension with traditional close ally Washington.
Officials and ordinary citizens attended the inauguration in near-freezing temperatures, along with foreign dignitaries including U.S. Secretary of State Condoleezza Rice and Japanese Prime Minister Yasuo Fukuda. Lee was expected to hold talks later in the day with both Rice and Fukuda.
Lee, the 10th man to be South Korea's president and the first to come from a business background, overwhelmingly won December's election on a promise to make the economy his top priority.
Though Lee has vowed to broadly continue Seoul's policy of detente with the North, he says he will maintain a more critical eye. His liberal predecessors - Roh and Kim Dae-jung - gave unconditional aid and concessions as part of reconciliation efforts.