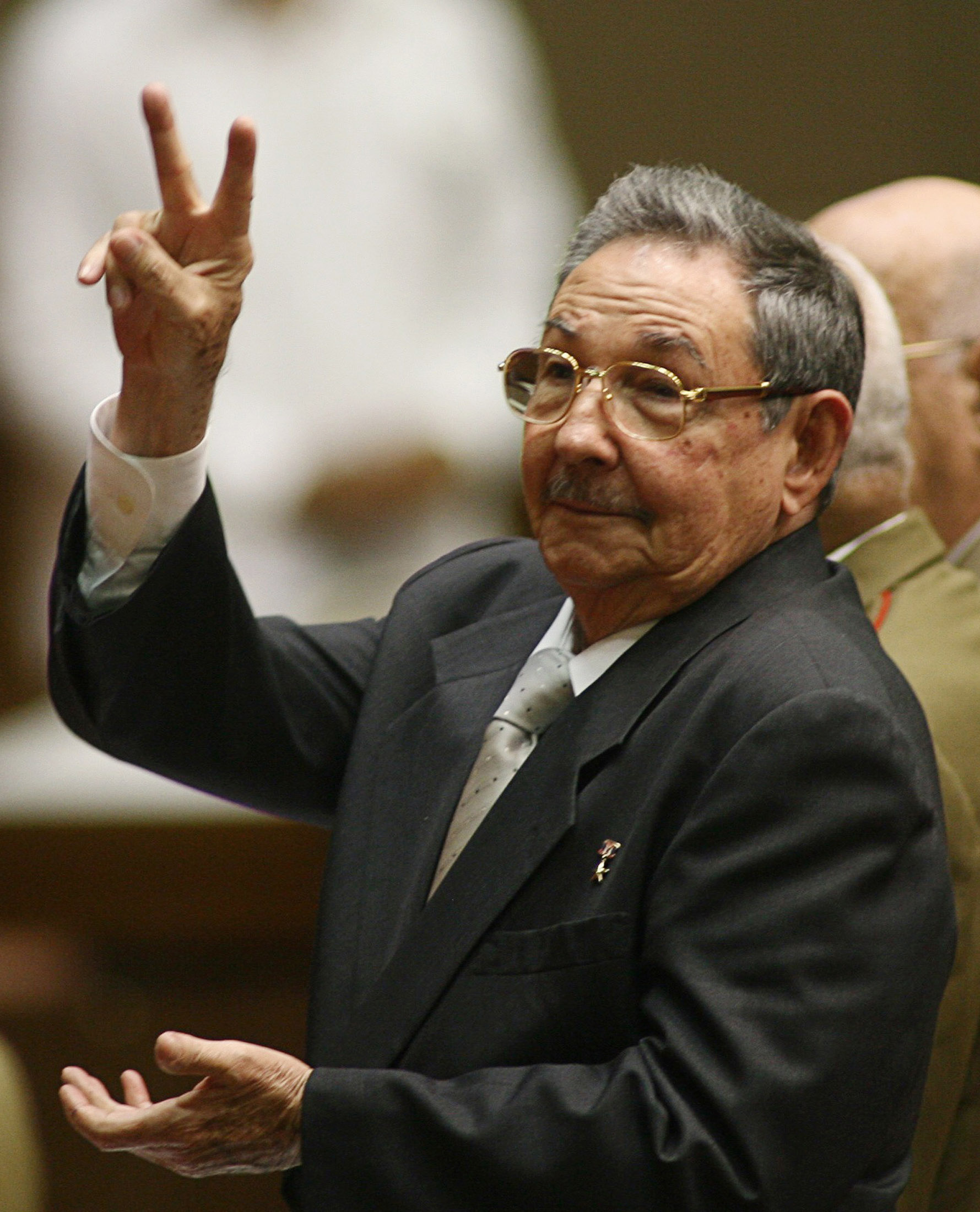 Cuba's parliament named Raul Castro president on Sunday, ending nearly 50 years of rule by his brother Fidel but leaving the island's communist system unshaken.
In a surprise move, officials bypassed younger candidates to name a 77-year-old revolutionary leader, Jose Ramon Machado, to Cuba's No. 2 spot - apparently reassuring the old guard that no significant political changes will be made soon.
The retirement of the ailing 81-year-old president caps a career in which he frustrated efforts by 10 U.S. presidents to oust him, and Raul Castro stressed that his brother remains "commander in chief" even if he is not president.
He proposed to consult with Fidel on all major decisions of state - a motion approved by acclamation.
Machado, who fought alongside the Castro brothers in the Sierra Maestra during the late 1950s, is a key Communist Party ideologue. New members on the governing Council of State also include two top generals close to Raul and another aging revolutionary commander.
Raul Castro also promoted one septuagenarian council member, the head of the military's economics ministry, as his replacement at the defense ministry.
Cuba's young guard apparently will have to wait a little longer. Cabinet secretary Carlos Lage, 56, who is associated with the modest economic reforms of the 1990s, had been among the most visible Cuban officials since Fidel Castro fell ill and was considered a strong candidate to replace Raul as first vice president. He retained his long-held post as one of five council vice presidents below the No. 2 slot.
In his first speech as president, Raul Castro suggested that the Communist Party as a whole would take over the role long held by Fidel Castro, who formally remains its leader.
"The Communist Party guarantees the unity of the Cuban nation," he said, calling it "the worthy heir of the confidence that the people have deposited in their leader," Fidel.
While the message of no major political change was clear, Raul Castro indicated at least one economic change is being contemplated: revaluation of the Cuban peso, the national currency.
Cubans complain that government salaries averaging a little more than US$19 a month do not cover basic necessities - something Raul Castro acknowledged in a major speech last year.
The succession was likely to bring few major policy shifts by the communist government, but many Cubans have expressed hope it would open the door to modest economic openings and an improvement in their daily lives.