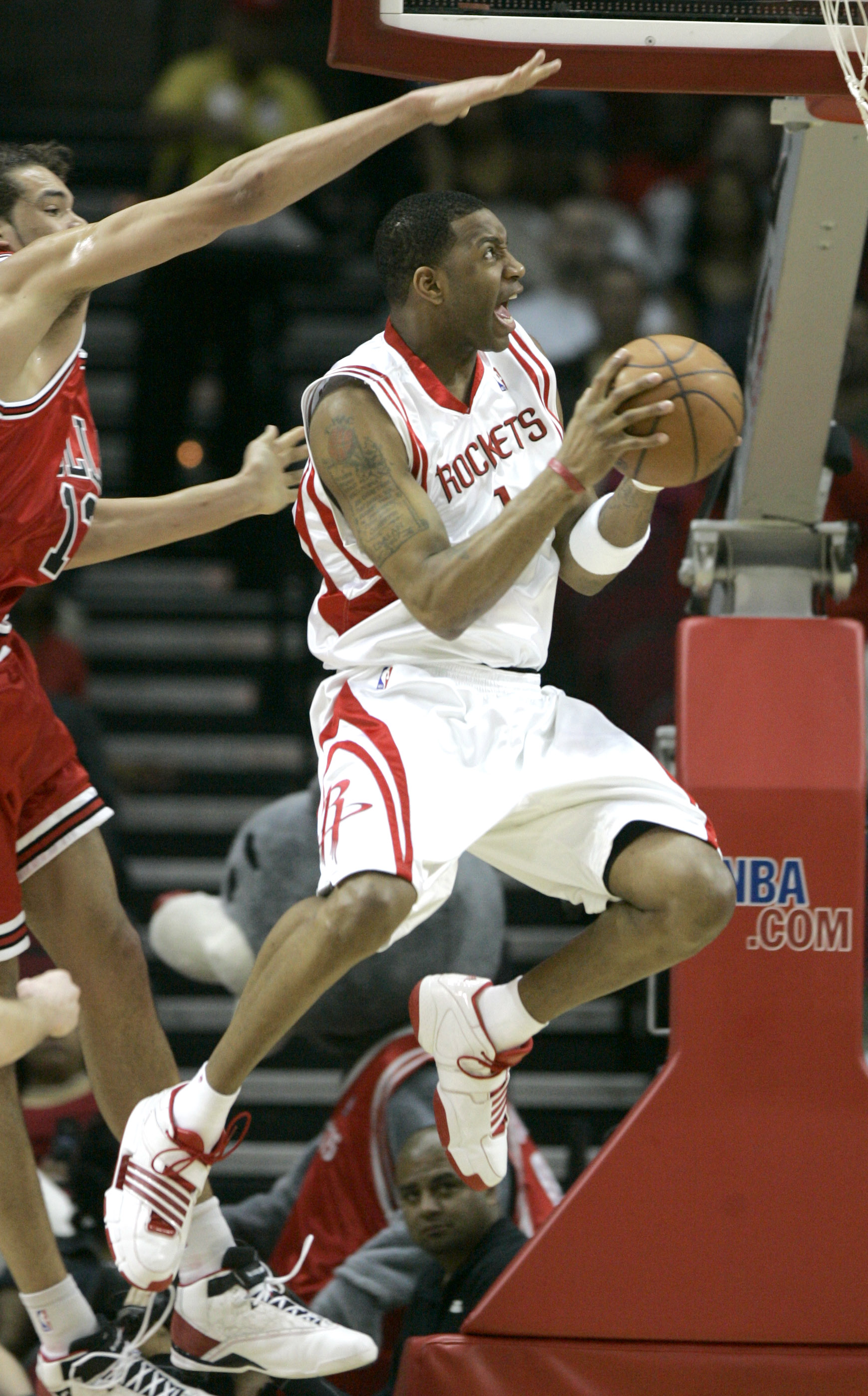 The Houston Rockets roared to their 12th consecutive victory when they beat the Chicago Bulls 110-97 on Sunday.
Tracy McGrady scored 24 points and had eight assists to lead seven Rockets who reached double figures.
Houston used a 11-3 third-quarter run to take control of the game. Then newly-acquired Bobby Jackson scored five consecutive Houston points in the fourth quarter to build another 10-point lead after Chicago had come within seven.
"Terrific second half for us," Rockets coach Rick Adelman told reporters. "We took it up a notch, responded and took control of the game."
Adelman was especially happy with the play of Jackson.
"He really got after it defensively, so I was really pleased with the way he fit in," he said.
Luis Scola added 17 points, Jackson had 14, Rafer Alston 13 and Yao Ming 12 for the Rockets.
"I felt like I wasn't active today," Yao told reporters. "Maybe it was my ankle bothering me. I wasn't very active on the offensive side. On the defensive side I think I was okay."
Tyrus Thomas topped the Bulls with 18 points.
In other NBA action on Sunday: Detroit 116, Phoenix 86; Orlando 112, Sacramento 93; Boston 112, Portland 102; Toronto 115, New York 92; Cleveland 109, Memphis 89; Dallas 99, Minnesota 83; L.A. Lakers 111, Seattle 91