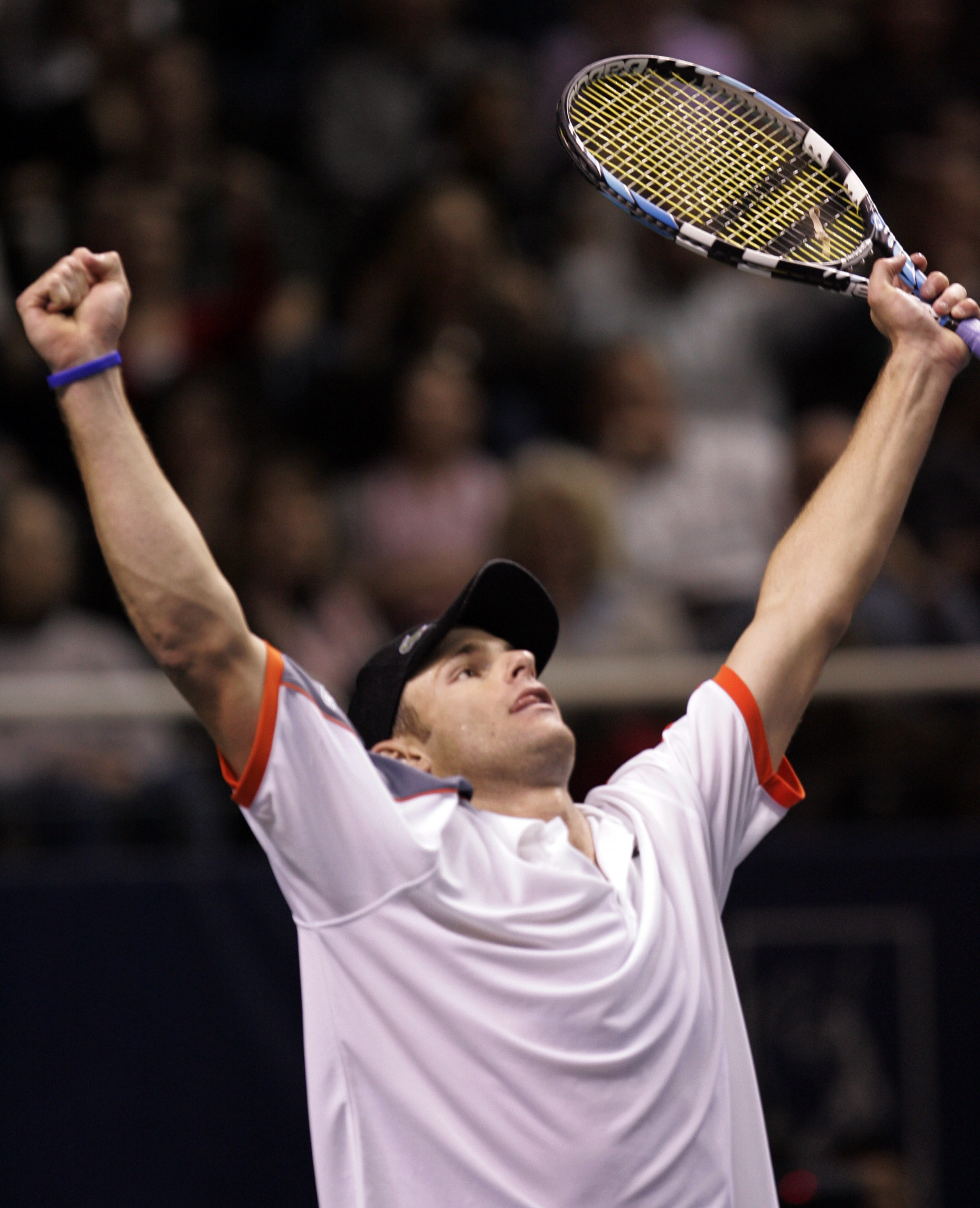 Top-seeded Andy Roddick used his overpowering serve to win the SAP Open for the third time in his career, beating fourth-seeded Radek Stepanek 6-4, 7-5 in Sunday's final.
Roddick never faced a break point as Stepanek had no answer for his booming serve. Roddick closed out each set with an ace to win his 24th career title.
The world's sixth-ranked player arrived at the SAP Open, which he won in 2004 and '05, not knowing where his game was because he had played sparingly this season, and leaves with confidence that he can get on a roll.
"You want to build on this and use it," Roddick said. "If you get through a couple of tough matches like I did this week, it gives you an opportunity to go on a hot streak. I think maybe I got my foot in the door as far as that's concerned and now I need to build on that."
Roddick had played only four competitive matches since winning the Davis Cup late last season, losing in the third round of the Australian Open and winning his only match in this month's Davis Cup tie against Austria.
He was pushed to a third-set tiebreaker in the opening round here against lucky loser Chris Guccione before starting to find his groove. Roddick accepted a wild-card entry to play in Memphis this upcoming week in order to get more work.
"It was important for me to come here and play well because I didn't have a good result in Australia and I hadn't really played much tennis this year so far," Roddick said. "This year might have been more important than other years."
Stepanek was looking for his third career title. The Czech tried to win over the fans in San Jose by wearing a Joe Thornton Sharks jersey when he came out onto the court. But that was probably a bad omen considering the Sharks have one of the worst home records in the NHL.
"Throughout the week I need to show the emotions, show the way I feel, show the way I am," he said. "I think that tennis is missing that a little bit but I'm not doing that because the tennis is missing it. It's me. That's my personality. That's the way I am."