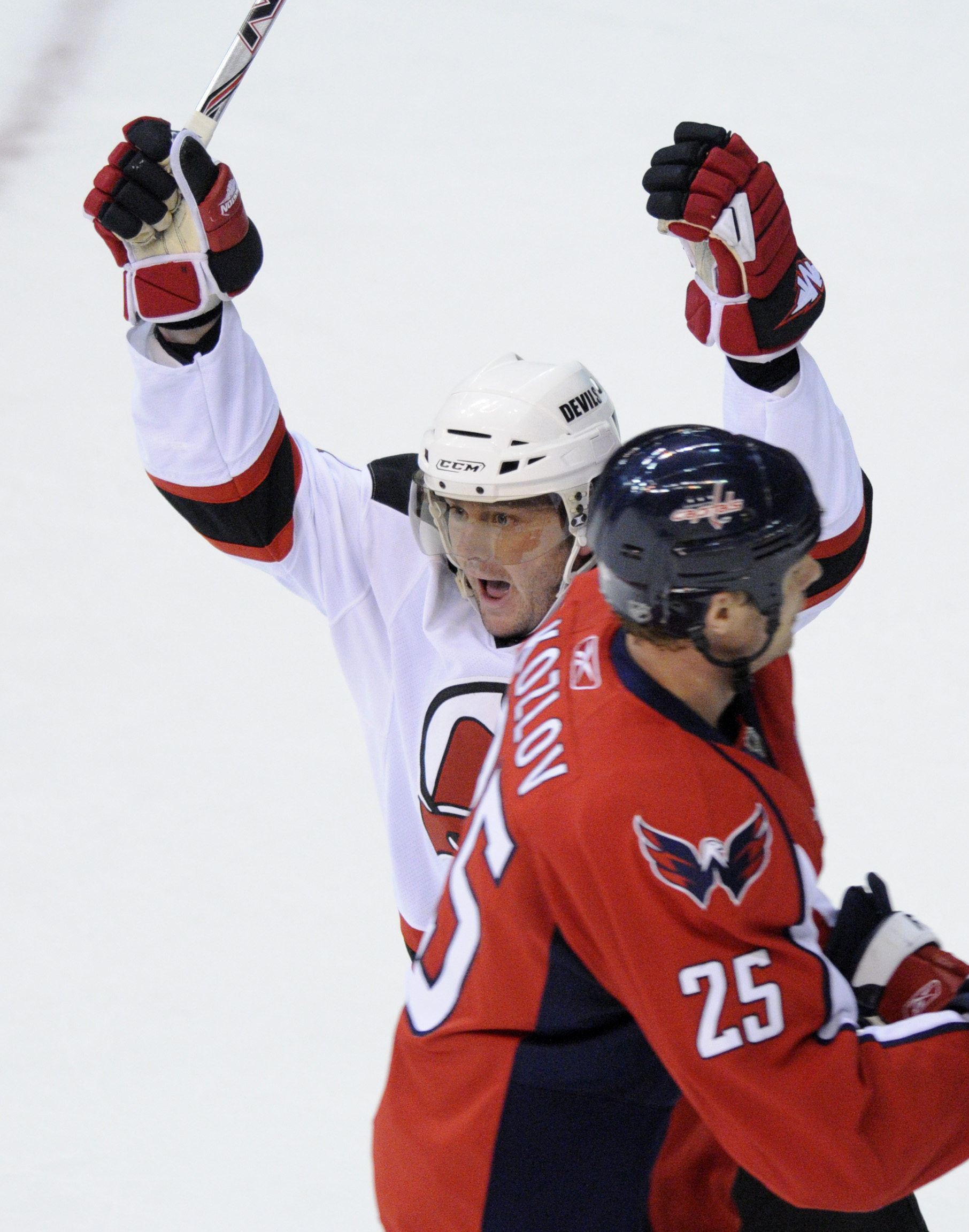 John Madden's overtime goal powered the New Jersey Devils to a 2-1 victory over the Washington Capitals and took them into first place in the Eastern Conference on Sunday.
Madden scored with 49.6 seconds left in overtime to give New Jersey a fifth consecutive victory and the sole possession of the conference lead for the first time in seven years.
"It went through a maze of guys," Capitals netminder Brent Johnson told reporters when asked about Madden's winning goal.
"I don't know if it hit this crossbar or the post, but it must have dropped right in front of my pad. Madden just got his backhand on it, quick. I thought my pad was down, but the puck slid right under my pad."
Great opportunity
New Jersey netminder Martin Brodeur stopped 37 shots for the victory.
"Marty gave us a great opportunity to get our game in order," Devils coach Brent Sutter told reporters.
"In the first two periods we did a lot of puck watching, we didn't forecheck like we needed to and we seemed to be facing our net a lot in the first two periods. Then in the third period we started moving, and our forecheck got better."
Both regulation goals came in the third period.
Jamie Langenbrunner put New Jersey ahead with a powerplay goal 39 seconds into the period before Alexander Semin equalised for Washington about two minutes later.
In other NHL action on Sunday: Calgary 2, Minnesota 1; San Jose 2, Pittsburgh 1, SO; N.Y. Rangers 5, Florida 0; Anaheim 6, Chicago 3; Phoenix 2, St. Louis 0; Edmonton 3, Colorado 2