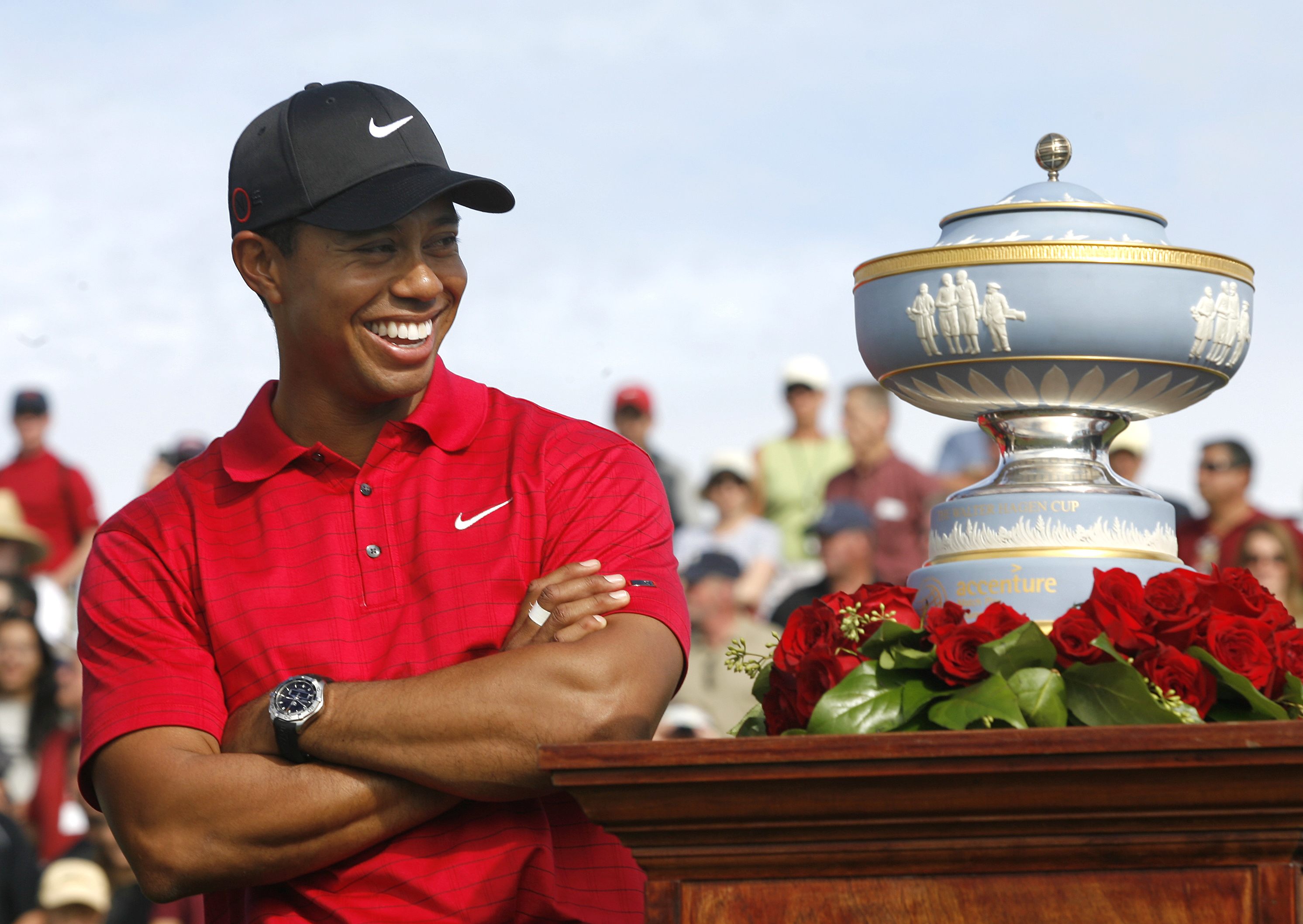 Tiger Woods sounded a warning to his rivals with talk of a perfect season after cruising to a sixth consecutive tournament victory at the WGC-Accenture Match Play Championship on Sunday.
The game's leading player said he had never sustained better form and plans to win every event he competes in for the rest of this year.
Although the vagaries of golf make Woods's target an unlikely one, his dominance in one of the strongest fields of the season has got the attention of his peers.
"This is certainly the best stretch I have ever played, but it's a work in progress," Woods told reporters after hammering fellow American Stewart Cink by a record 8&7 in Sunday's 36-hole final.
"I have a better understanding of how to play the game, how to fix my game, and have a lot more shots than I've ever had.
"I'm going to have to work on a few things but I'm very pleased at the progress that I made this week.
"The ability to adapt and figure things out on the fly is something I'm very proud of."
Asked whether he believed he could win every tournament he enters, the 13-times major champion replied: "That's my intent.
"That's why you play. If you don't believe you can't win an event, don't show up."
World number one Woods has long believed he is playing better than he did during his golden run from late 1999 when he triumphed seven times in 11 major starts.
Cink, who has known Woods since their college days, agrees.
"He's playing better now than he was then," Cink said. "You just don't see very much sloppiness out there, although I know we didn't back then either.
"It's just hard to say that right now is not as good as that was. I think it's at least as good."
Cink believes Woods's renowned on-course composure is at an all-time high.
"He's a lot better now than he has ever been at that," the 34-year-old said. "He's really learned how to stay within himself. He regulates himself and his heartbeat. It's really impressive and it's paying off for him."
The World Golf Championships events, one rung down from the majors, have been held since 1999 and Woods has clinched 15 WGC crowns in 26 starts.
"It says about the same thing that just about any other stat that you can pull up of his says," added Cink, who won the last of his four PGA Tour titles at the 2004 WGC-Bridgestone Invitational. "It says he's the best that's ever played."
Woods relishes playing in the elite WGC arena.
"They're exactly what they were meant to be and that's putting the best (players) up against each other more often" he said.
"That's why we as players and competitors love them, love the idea that we can go head-to-head more often. And I love winning and I hate losing."