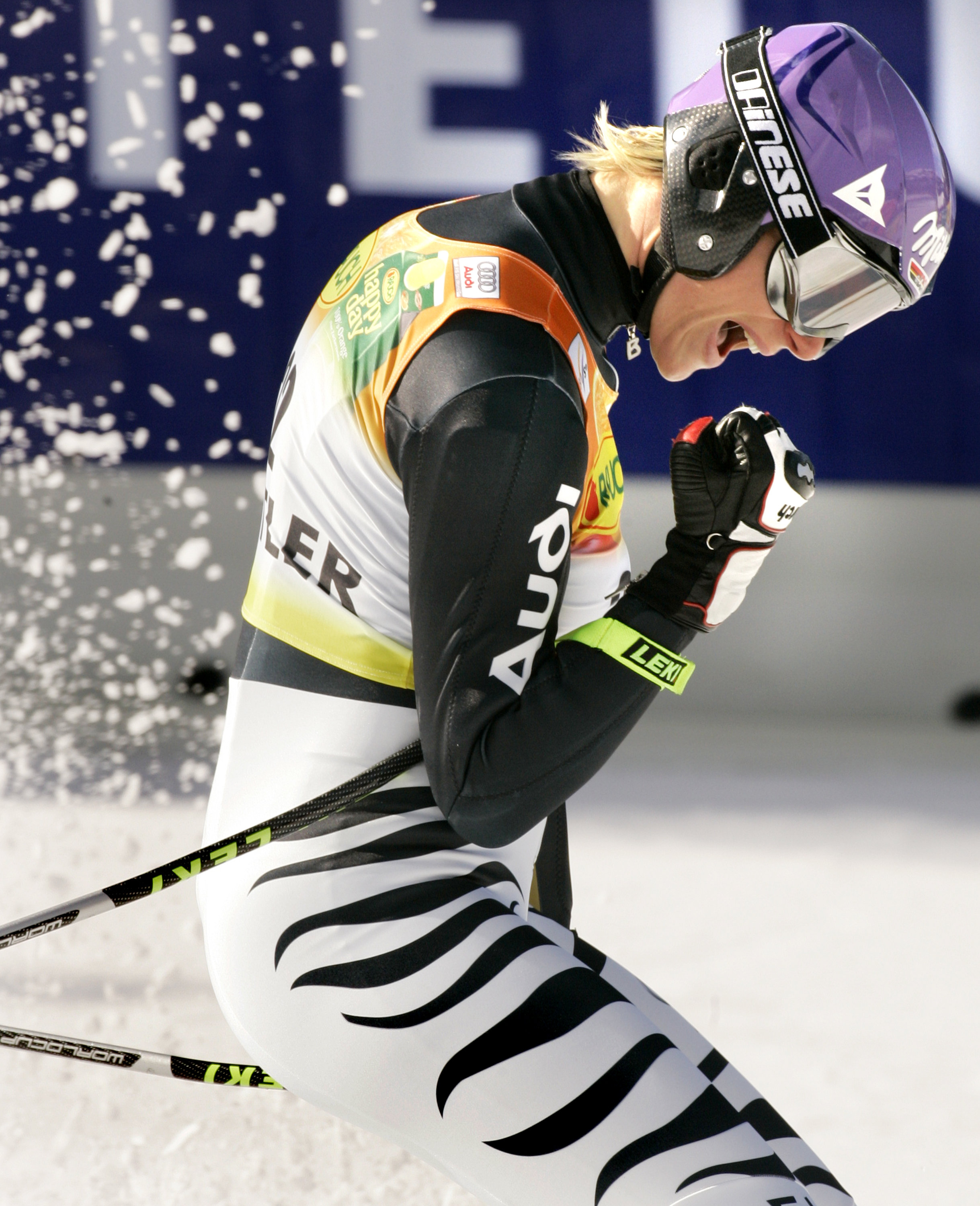 Germany's Maria Riesch posted the fastest time in the super-G then held on in the slalom to win a World Cup super-combined on Sunday.
Riesch could only manage the seventh best time in the afternoon slalom leg but it was enough for a .09 second victory over Austria's Marlies Schild with an aggregate time of two minutes, 10.07 seconds.
Sweden's Anja Paerson, the super-combined world champion, was third in 2:10.38 and was followed by Austrians Nicole Hosp and Elisabeth Goergl.
"The super-G in the morning gave me a very a good base for winning the race because I had more than a second advantage over Marlies," Riesch told reporters.
"I was a little nervous in the slalom, I didn't want to go out and go home with zero points so my slalom run was a little bit careful.
"It was a little bit lucky to win with 9/100ths but you need some luck sometimes."
Riesch, second to American Lindsey Vonn in the season's only other super-combined, shot down a sun-bathed Franz's Downhill course in a time of 1:21.49 seconds in the morning super-G to take a .42 second lead over Julia Mancuso of the United States into the afternoon slalom leg.
Riesch, who leads the super-G standings, would need almost all of that advantage to fight off a challenge from Schild, a technical specialist with four slalom wins this season, and collect her sixth career victory and second of the season.
The victory vaulted the German to top of the super-combined standings with 180 points with Vonn lurking 40 points back with one race remaining.