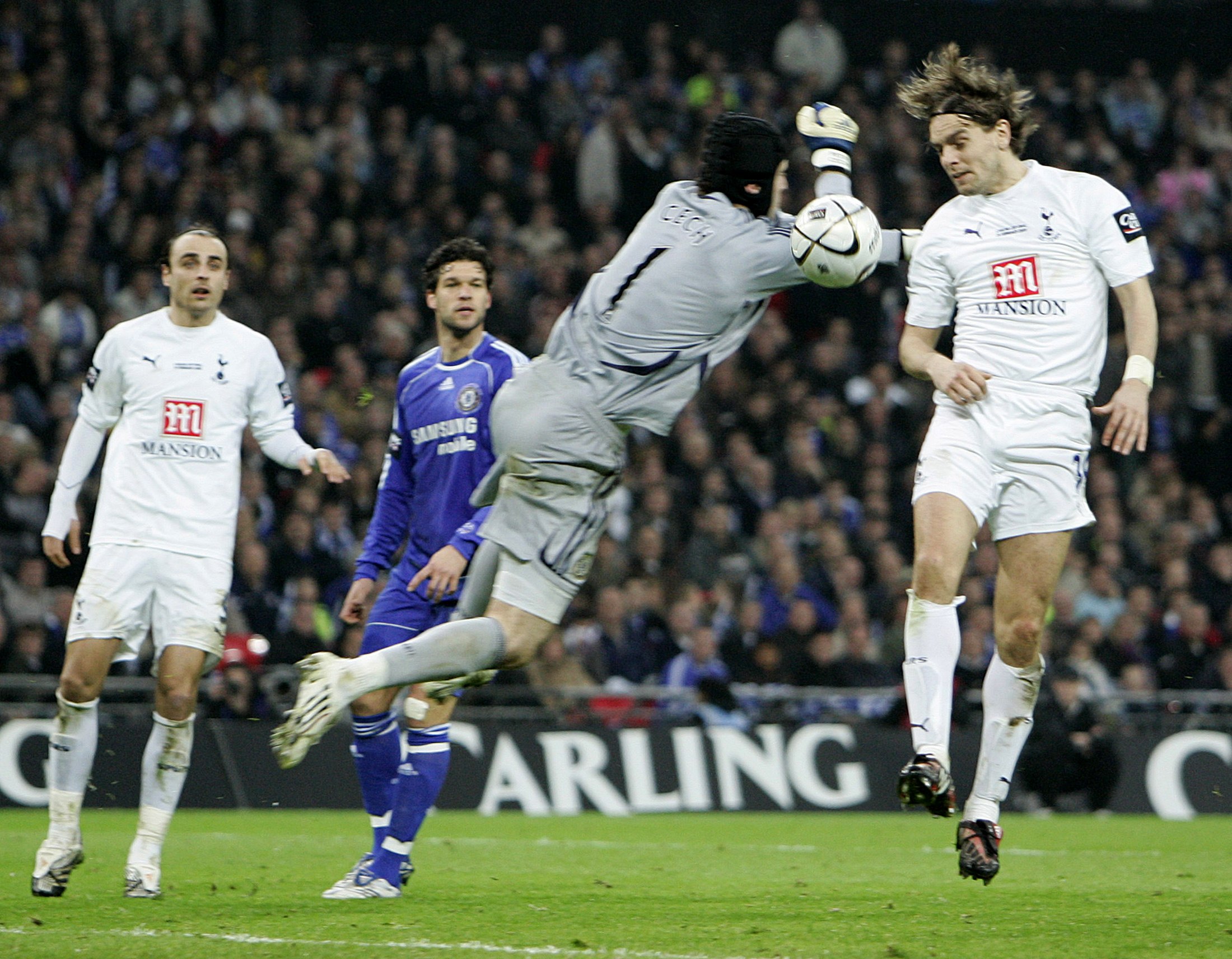 Tottenham Hotspur ended their long spell in the wilderness on Sunday with a 2-1 defeat of Chelsea to win the English League Cup final at Wembley.
Jonathan Woodgate, signed in January to shore up Tottenham's leaky defense, proved the unlikely hero, heading the winner four minutes into extra time to clinch a first trophy for the north London club since winning the League Cup in 1999.
Chelsea were leading until 20 minutes from full time thanks to Didier Drogba's superb 39th-minute free kick but Tottenham's Bulgarian Dimitar Berbatov leveled it up from the penalty spot.
Ledley King, who had not played since the 5-1 semi-final defeat of Arsenal last month, lifted the trophy in front of the club's ecstatic fans to guarantee Spurs a UEFA Cup place next season.
In the first minute Robbie Keane's shot was deflected wide by John Terry, who was selected by manager Avram Grant despite suggestions he would be on the bench.
Pascal Chimbonda sent a looping header onto the top of the crossbar and Berbatov skimmed a header wide soon afterwards.
The first meaningful save of the day came from Petr Cech who got down low to turn away a Steed Malbranque snap shot that was creeping inside the post.
It took Chelsea half an hour to raise the tempo of their game with Frank Lampard having their first effort on goal with a speculative long shot.
Drogba, who had been virtually invisible in the early exchanges, then tried his luck with a free kick after his Ivory Coast colleague Didier Zakora had bundled over Shaun Wright Phillips on the edge of the area.
Zakora's next rash challenge proved costly for his side. This time he sent Drogba sprawling theatrically to the lush Wembley turf to earn a yellow card and the striker picked himself up to curl an unstoppable free kick past Robinson.
Tottenham appeared to be running out of ideas after the break but were gifted a way back into the final by the softest of penalties with 20 minutes remaining.
There seemed little danger as the ball was played across the area but an eagle-eyed referee's assistant spotted a handball by Wayne Bridge under pressure from Tottenham substitute Tom Huddlestone.
Berbatov picked up the ball and the Bulgarian nonchalantly rolled it past Cech to make it 1-1.
As extra time beckoned Zakora spurned a glorious chance to put Spurs in front when he bore down on goal with just Cech to beat. His first shot was well saved and when the ball rolled back to the midfielder he lashed his second attempt wide.
Spurs manager Juande Ramos rallied his troops at full time and four minutes into extra time they got their noses in front.
Jermaine Jenas curled in a dangerous free kick and Woodgate's glancing header hit Cech before rebounding back off him into the goal.