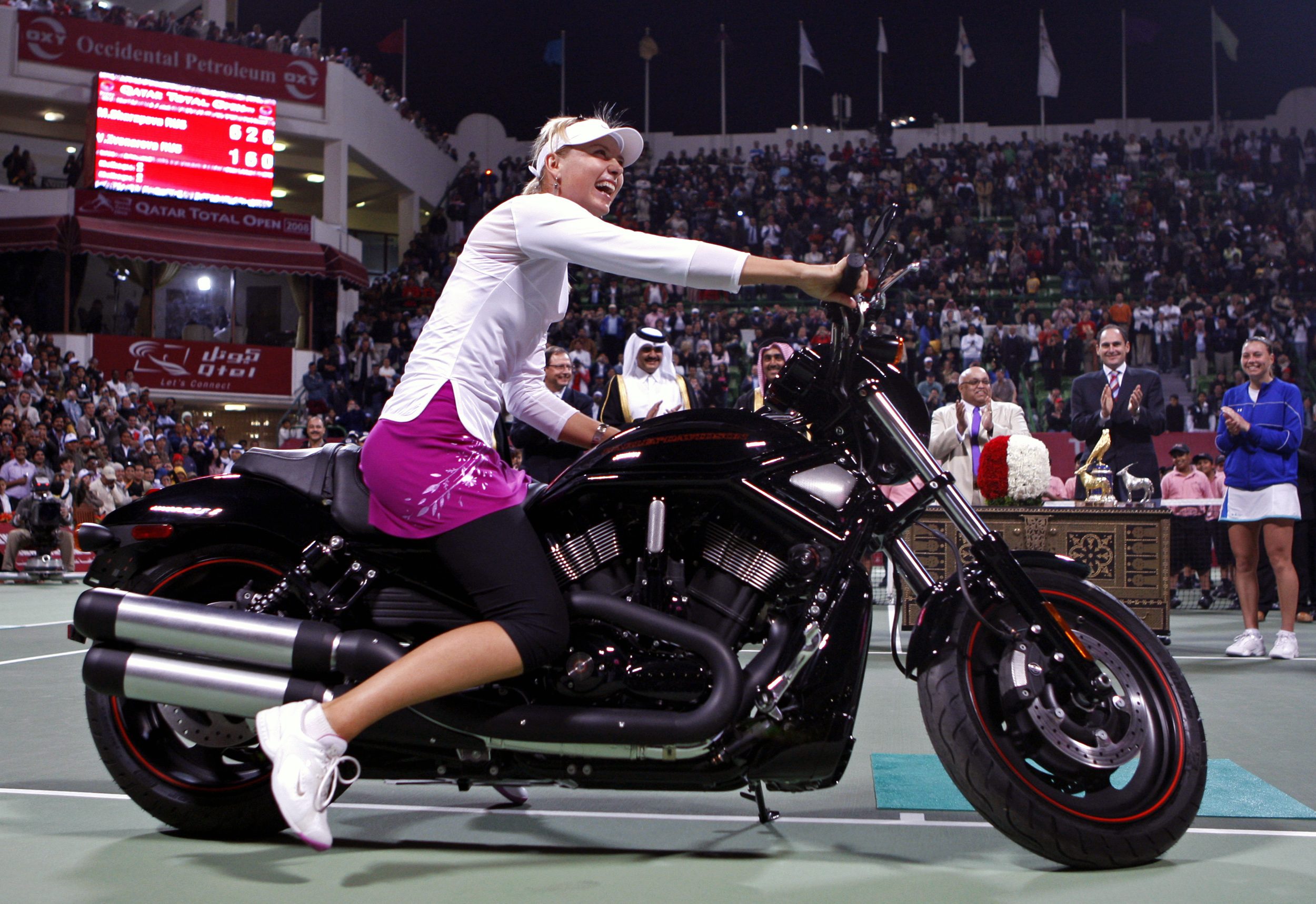 Maria Sharapova claimed her second title of the year and the 18th of her career when she defeated unseeded Vera Zvonareva 6-1 2-6 6-0 in an all-Russian final at the Qatar Open on Sunday.
The Australian Open champion, who extended her unbeaten run this year to 14 matches, lost to Zvonareva in their last meeting at Indian Wells 11 months ago and after dominating the opening set once again found herself in trouble against her former top ten opponent.
"I had a really slow start," Sharapova told reporters. "I was kind of sleeping in the beginning of the match. I had to get myself going somehow and I did, and I played really, really well."
Playing in a packed 5,000-seat stadium, fourth seed Sharapova made a dreadful start, dropping the opening game to love.
But she repaired the situation immediately, leveling at 1-1 and then overwhelming her opponent with her deep groundstrokes and powerful forehand.
Moving with increasing fluency, her aggressive play forced a number of errors from Zvonareva and allowed her to break twice more for the set, and it appeared as if she would continue on to an easy victory.
But the second set saw a complete reversal.
A double-fault gave Zvonareva a break for 2-0 after Sharapova had led the game 40-0, and her aggressive groundstrokes forced the struggling favorite into a succession of errors.
Making just three unforced errors, Zvonareva dominated the set and broke again to level the match on her fifth set point.
The pendulum swung again in the final set, as a determined Sharapova raised her level once more, taking control from the first game and surrendering just eight points in the remainder of the match.