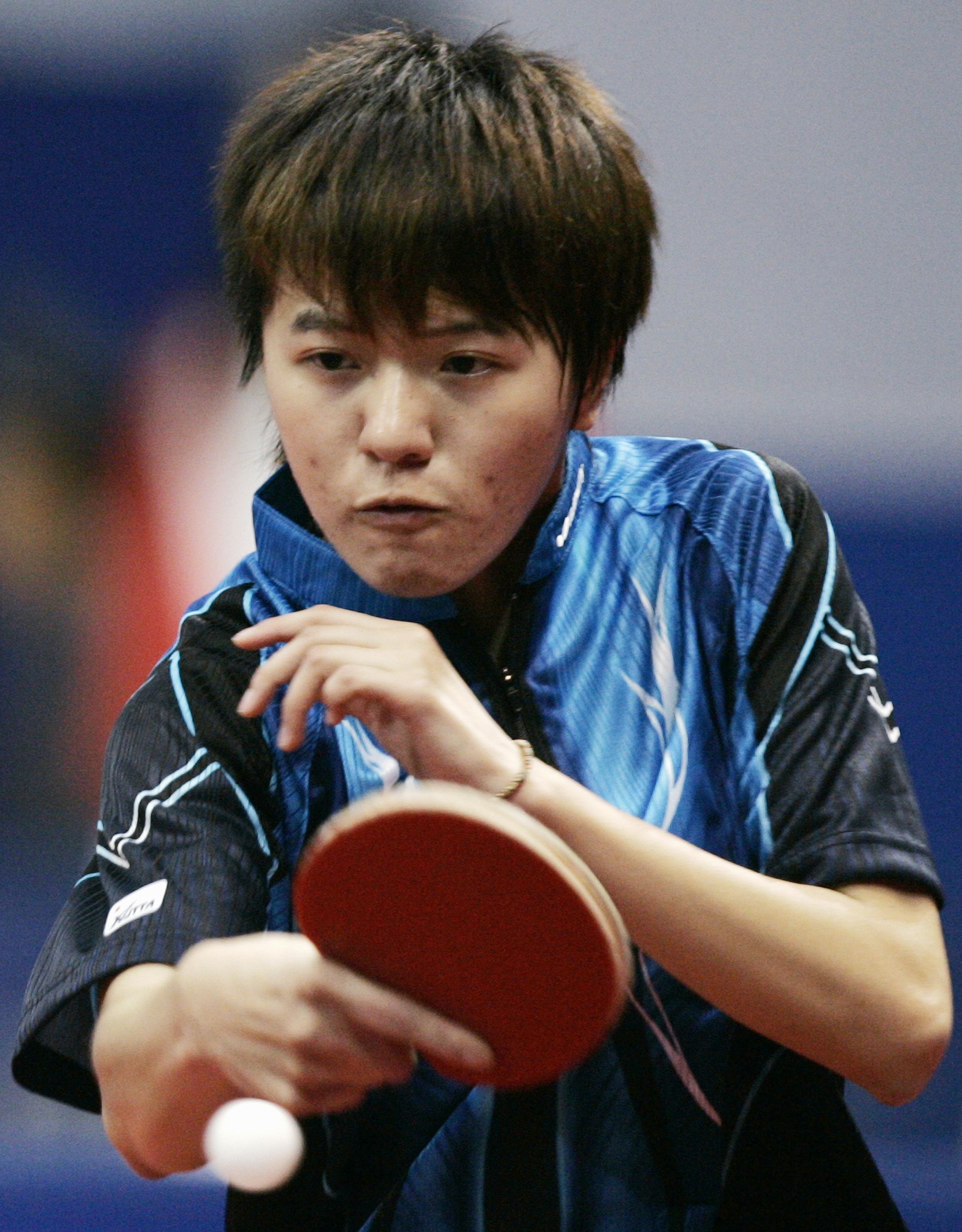 China's women fought off a tenacious North Korea on day two of the world team table tennis championships yesterday, but not before veteran Wang Nan suffered a shock defeat.
China's Wang, one of the world's most decorated paddlers with 20 world titles, went down fighting against a dogged Kim Jong despite a cheering crowd at the Guangzhou Gymnasium.
The Red Army then dispatched Olympic champion and world number one Zhang Yining and world number two Li Xiaoxia to fend off a fired-up North Korea and seal the encounter 3-1.
China coach Shi Zhihao said the tough battle was a wakeup call for his charges, unbeaten since 1993, as they prepare for the Olympics in Beijing, where they are expected to take a clean sweep of the golds.
"To lose a game is good because the Chinese women must wake up to themselves and realize that they are not always the strongest team in the world," he said.
But the defeat is a blow for Wang, the oldest member of the team at 29, who must impress Chinese officials here as she battles to qualify for the Olympics.
"I give myself zero points," Wang said afterwards, adding that she downed Kim at the last worlds in Bremen in 2006.
China are favorites to win the championships for their 17th team title, with Hong Kong, Singapore and Japan among their toughest challengers.
Taiwan loses
In other matches, the United States downed Croatia 3-2 and Russia held off Sweden 3-1 while Singapore cruised over Taiwan 3-0, Hungary defeated Romania 3-0 and Ukraine beat Poland 3-2.
Hong Kong, seeking to derail the Chinese juggernaut after finishing second at the last two worlds, trounced Spain 3-0 and Germany downed Austria by the same score.
On the men's side, Japan thrashed France 3-0 while Germany, determined to finish higher than their third place at the last worlds, defeated Serbia 3-1 and Russia fought off Slovakia for a 3-2 victory.
Defending champions China take to the tables later yesterday.
Twenty-four countries are competing in four groups in division one in the week-long competition. The first-placed teams in each group qualify for the quarter-finals, while the teams that place second and third will battle it out for the remaining spots in the last eight.