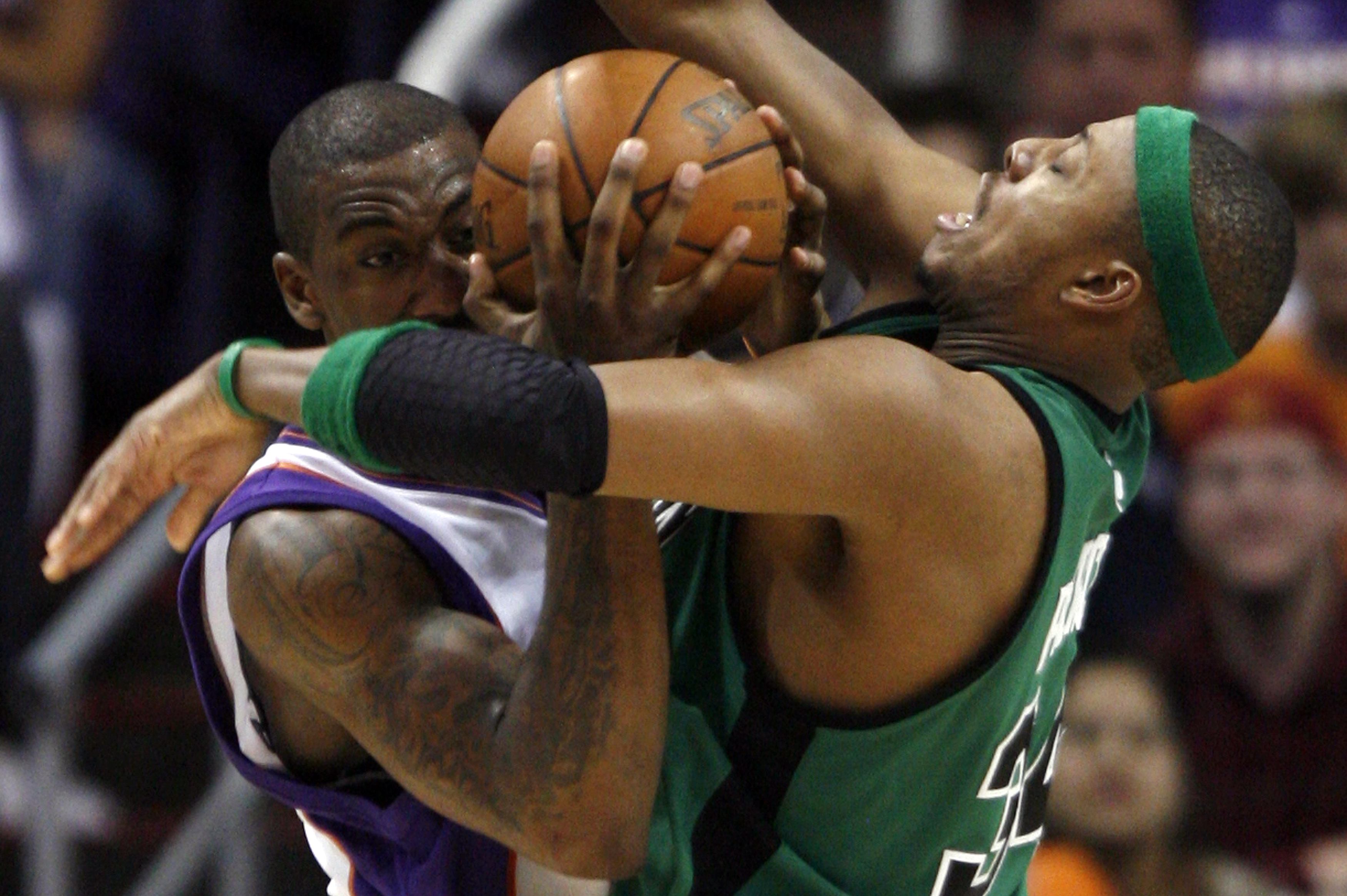 The Phoenix Suns defeated the Boston Celtics 85-77 on Friday, displaying daunting defense to go with their National Basketball Association powerhouse offense.
Amare Stoudemire scored 28 points and Grant Hill added 14 and 13 rebounds to lead the Suns.
Superstar Shaquille O'Neal, in his second game with Phoenix, scored four points and hauled in a game-high 14 rebounds.
The Suns thought the four-time NBA champion O'Neal would bolster their defense but could slow down their fast-paced offense.
The Suns finished Friday with their second-lowest point total of the season and attempted fewer field goals than the competition (78 to 73) for one of the few times this season.
However, they limited the Celtics to a season-low 77 points on just 30-of-78 shooting.
The Suns held All-Stars Paul Pierce and Ray Allen to a combined 19 points on 5-of-25 shooting.
The Suns demonstrated they can still score, opening the game with a 19-4 run as they hit seven of their first 11 attempts.
At the same time they held the Celtics to just 2-of-14 shooting.
Stoudemire and Steve Nash combined for 13 of the 19 points during that stretch while O'Neal controlled the boards, grabbing five rebounds and adding a block.
In other NBA action on Friday: Orlando 115, Philadelphia 99; Indiana 113, New Jersey 103; Sacramento 116, Charlotte 115, OT; New York 103, Toronto 99; Chicago 135, Denver 121; Dallas 98, Memphis 83; Detroit 127, Milwaukee 100; Houston 100, New Orleans 80; Cleveland 90, Washington 89; Phoenix 85, Boston 77; L.A. Clippers 114, Utah 104; Atlanta 117, Golden State 107; Seattle 99, Portland 87.