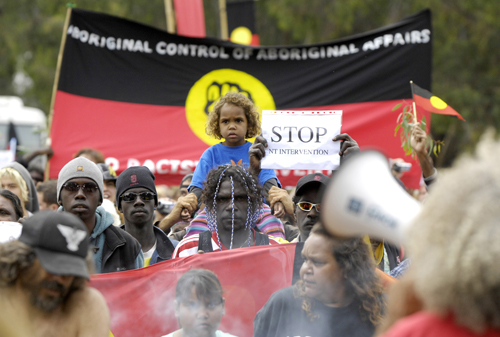 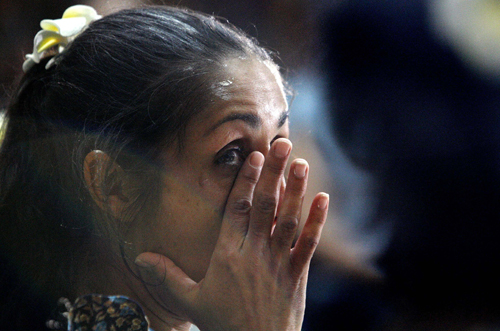 Australia's prime minister proposed yesterday the text of an unequivocal apology by Parliament to Aborigines, the country's original inhabitants, for "the indignity and degradation" caused by the policies of past governments.
The motion, to be moved by Australian Prime Minister Kevin Rudd in Parliament today, is directed at thousands of Aboriginal children who were forcibly removed from their families under assimilation policies that lasted for decades.
"We apologize for the laws and policies of successive parliaments and governments that have inflicted profound grief, suffering and loss on these our fellow Australians," the apology motion says. "To the mothers and the fathers, the brothers and the sisters, for the breaking up of families and communities, we say sorry.
"And for the indignity and degradation thus inflicted on a proud people and a proud culture, we say sorry."
The motion was to be put to a vote today, and was certain to pass because it has the support of the government and the main opposition parties.
The apology is the centerpiece of Rudd's intention to make indigenous issues one of his government's top priorities following his election last November. It would overturn a decade of refusals by the previous government to offer an apology.
In another first, Aborigines were invited to give a traditional welcome yesterday at the official opening of the parliamentary session - offering symbolic recognition that the land on which Australia's capital was built was once owned by Aborigines, and was taken away without compensation by European settlers.
Rudd's motion makes no mention of paying compensation for past wrongs, as some indigenous leaders have demanded. Rudd has said that instead of offering compensation his government is determined to improve the living standards of all Aborigines.
But Michael Mansell, spokesman for the National Aboriginal Alliance, said the wording of the motion suggested Rudd was leaving open the possibility of discussing compensation.
Mansell, who has called for a 1 billion Australian dollar (US$880 million) compensation fund, welcomed the apology but said it should have acknowledged that the assimilation policies were an attempt to wipe out the Aboriginal race.