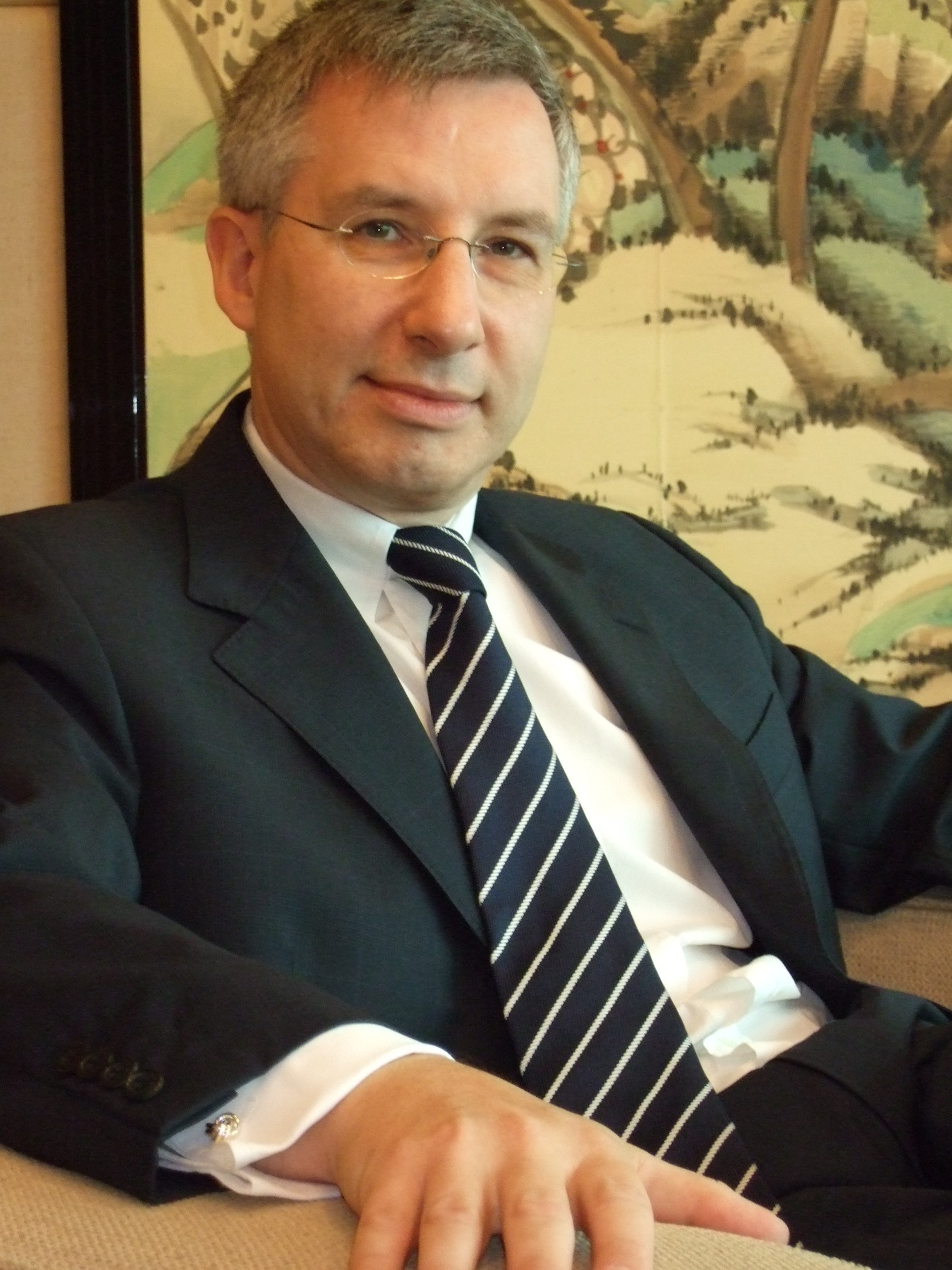 Christmas for Jean-Claude Poimboeuf, director of the French Institute in Taipei, fans nostalgia for his childhood years in Paris
"The Christmas I remember most vividly dates back to the time when I was five or six some 40 years ago," reminisced Poimboeuf. "At that time I was in love with cars. And so I wrote to Pere Noel, asking for a toy car to actually drive around in."
He went on: "I recall seeing this big box, measuring maybe one meter long, next to the Christmas tree on Christmas morning. I opened it and found a red sports car, possibly a Ferrari. The gift made me very, very happy."
The fondness for cars seems to run in the Poimboeuf family. Many years later, he found himself playing a doting father to his son of about three or four. The little boy had also written a letter to Pere Noel, asking for a toy car.
"In the 1980s, we were living in China and finding the gift which my son had wished for was difficult," he said. "The range of toys for children in those days was rather limited. The battery-operated Mercedes Benz, which I finally bought, had to be ordered from Hong Kong. I remember the smile on my son's face when he opened the big box that cold Christmas morning in Beijing in 1987 or 1988."
Poimboeuf's eldest child immediately got into his Mercedes Benz, definitely more high-tech than his father's pedaled Ferrari, and started driving around the living room of the big apartment.
"I made my son happy just as my own parents made me happy a long time ago," said the smiling Poimboeuf.
The French tradition of gathering for a family reunion at Christmastime will be observed in the Poimboeuf family this year but with a slight difference. The French diplomat revealed: "My son, who is doing his internship at the French Embassy in Tokyo, will celebrate Christmas with me and my wife in Taipei. Then on December 26, my wife and I will fly to Paris to welcome the New Year with our daughter."
But instead of relishing a sumptuous feast of turkey and foie gras during the holiday season, the family will prefer a lighter sushi plate. Poimboeuf's wife is Japanese.
However, in the run up to the Feast of the Epiphany, Poimboeuf will look forward to sharing the traditional French Galette de Rois with family and friends.