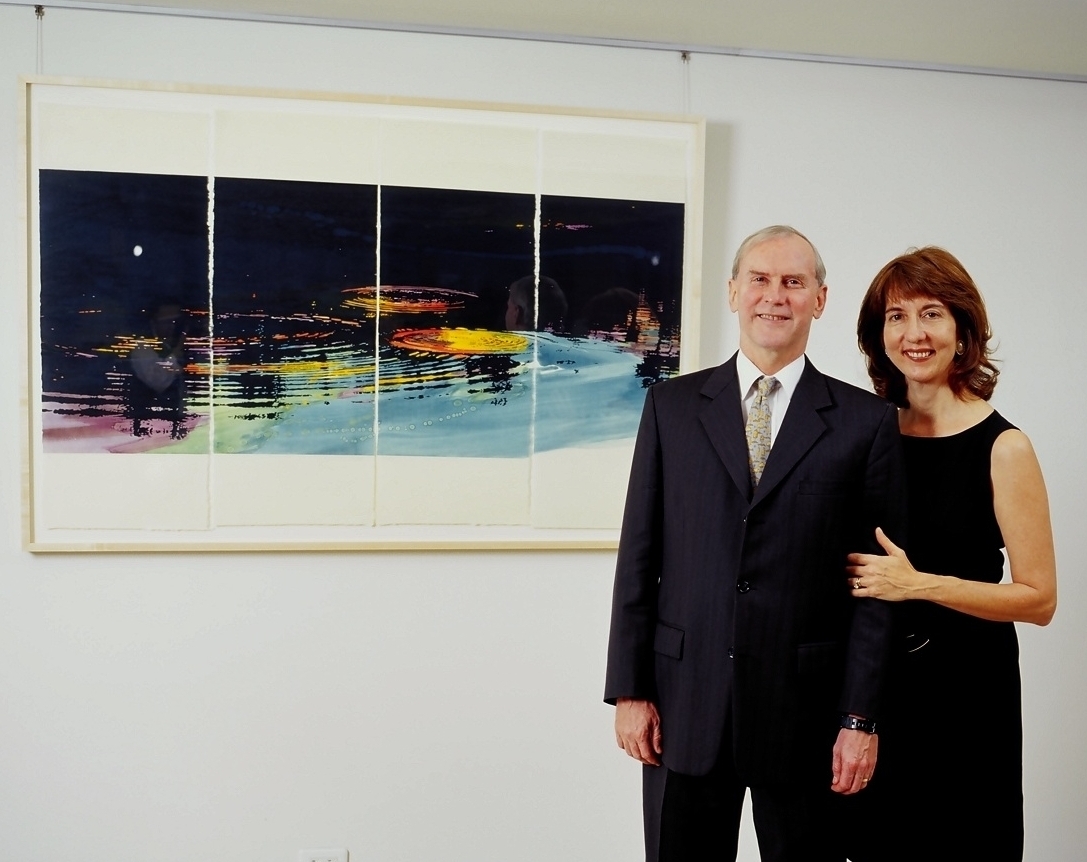 Stephen M. Young, director of the American Institute in Taiwan, found a most unforgettable gift in a truly special old house, which he once used to hold a most memorable Christmas family gathering and reunion..
"My great great great grandfather built the special old house in 1802," he explained, while showing a cherished picture. "The house in New Hampshire has kept its original look because the government recognizes the need to preserve it for its historical value."
He went on: "In 1993, during the memorable family reunion, my sister, my brother and I all brought our spouses and children to this house. Even my parents showed up, too."
Young has served in various places in his career, bringing his family to live with him in different counries. He finished his tour of duty in Beijing in 1993, and received an assignment to go to Moscow in 1994. In between, he had his fellowship at Harvard University, which was close to New Hampshire. That was when this idea of a reunion occurred to him.. He decided to make arrangements for a traditional Christmas gathering to remember for many years to come.
"We even went into the woods to cut down what was to be our Christmas tree," he reminisced. "On the Christmas Eve, the snow finally fell to make a white Christmas expected by the kids a reality," said Young.
For Young, this old house is a cherished gift from his ancestors through several generations. The family history through this beautiful house will stay in his memory.