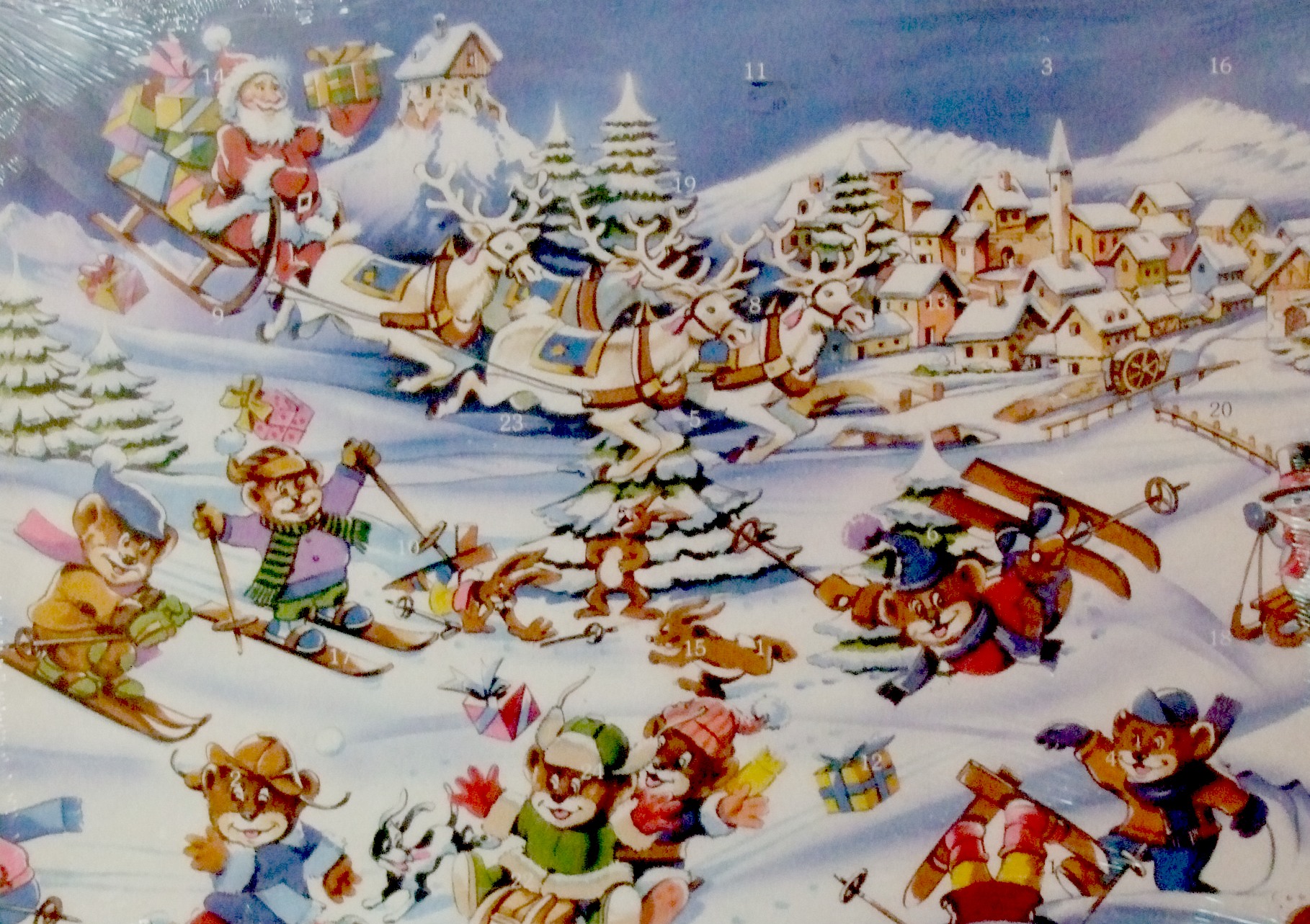 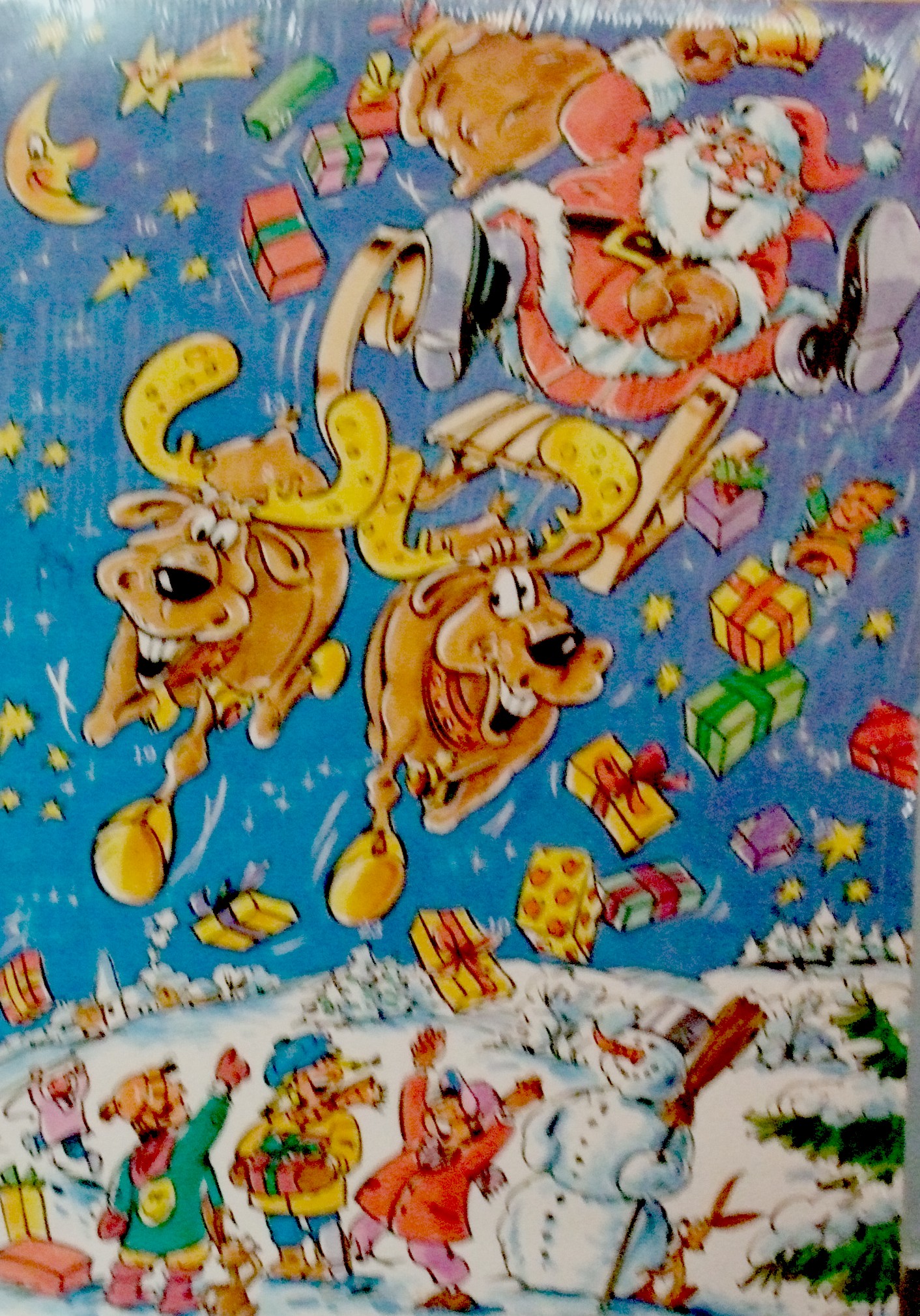 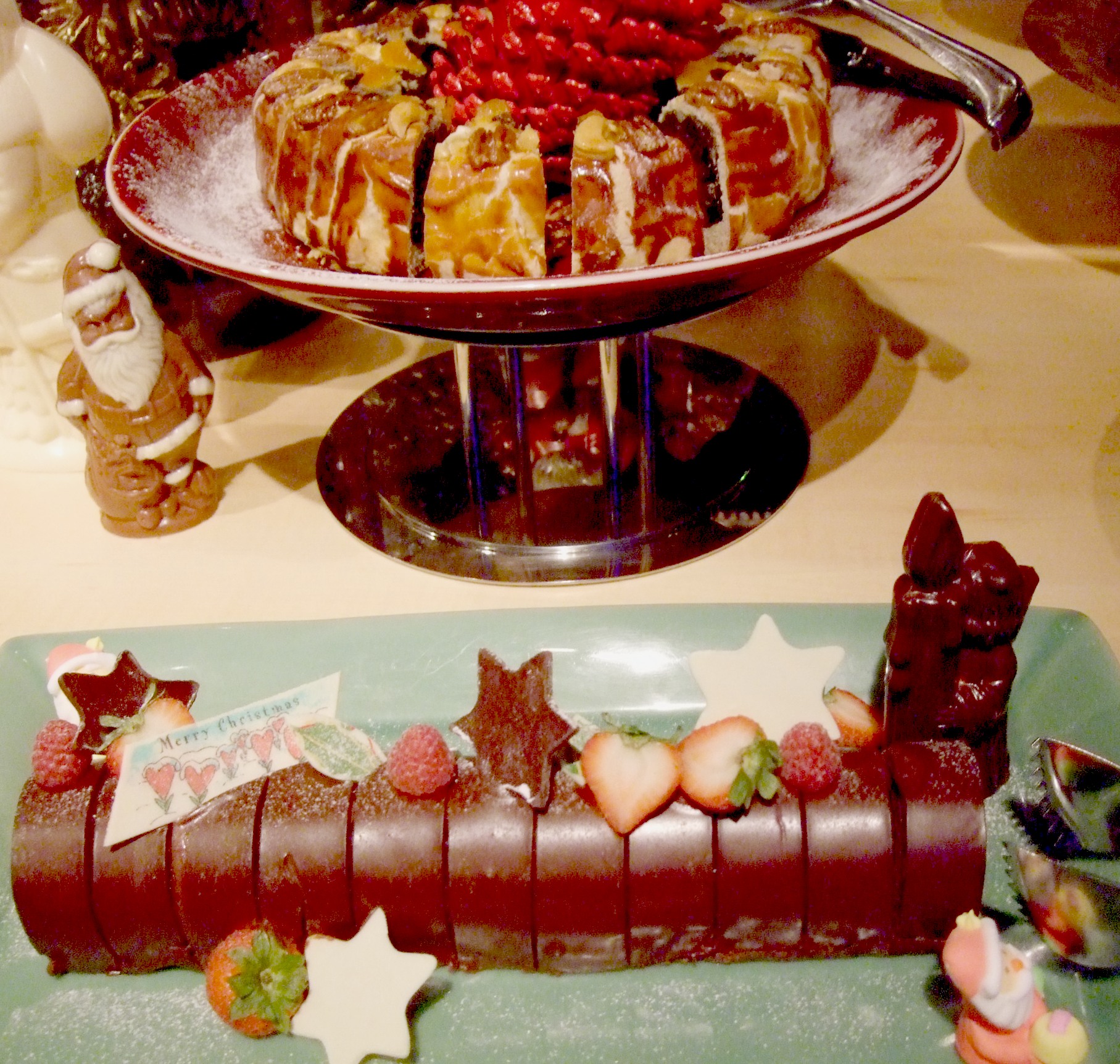 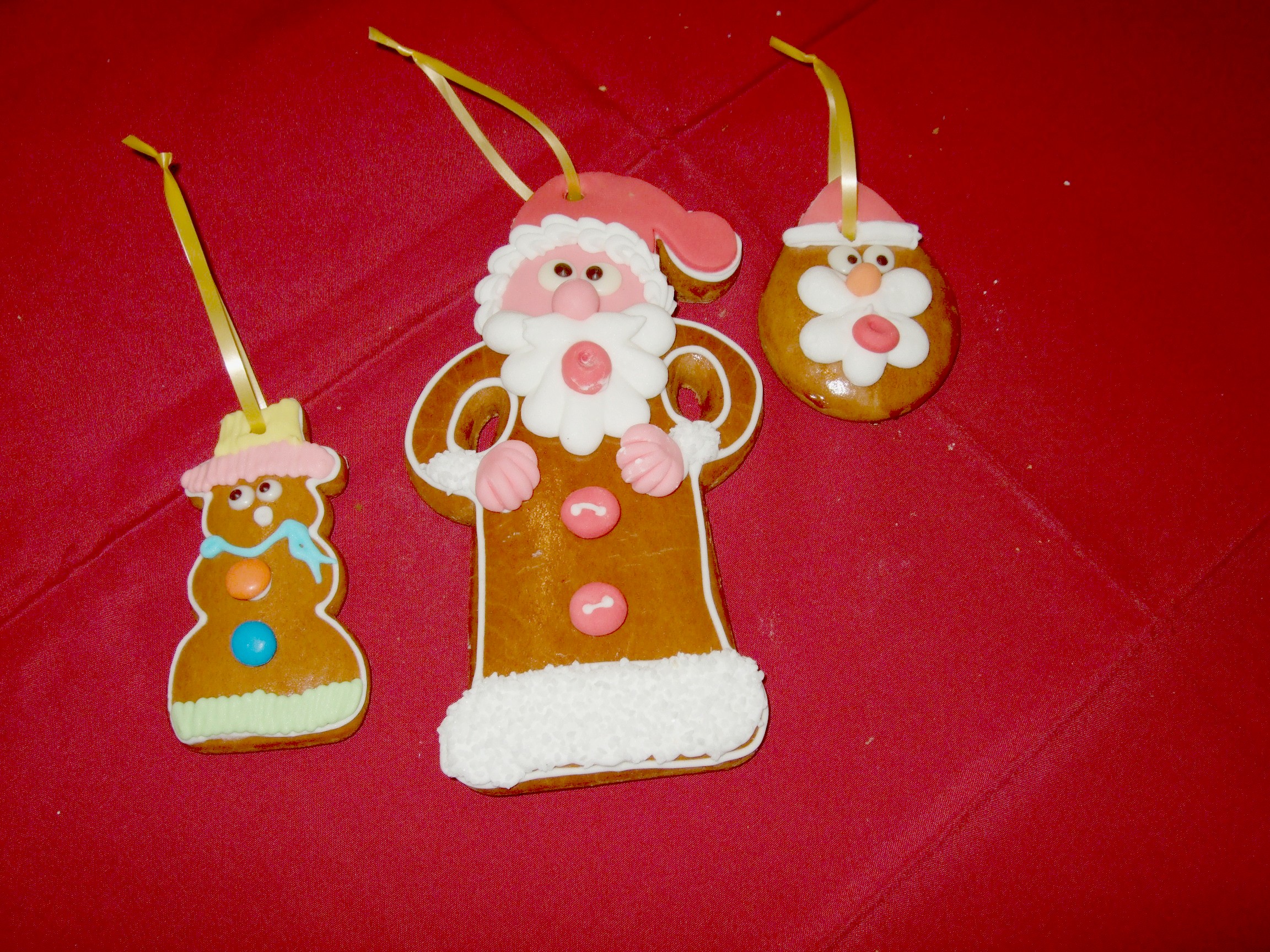 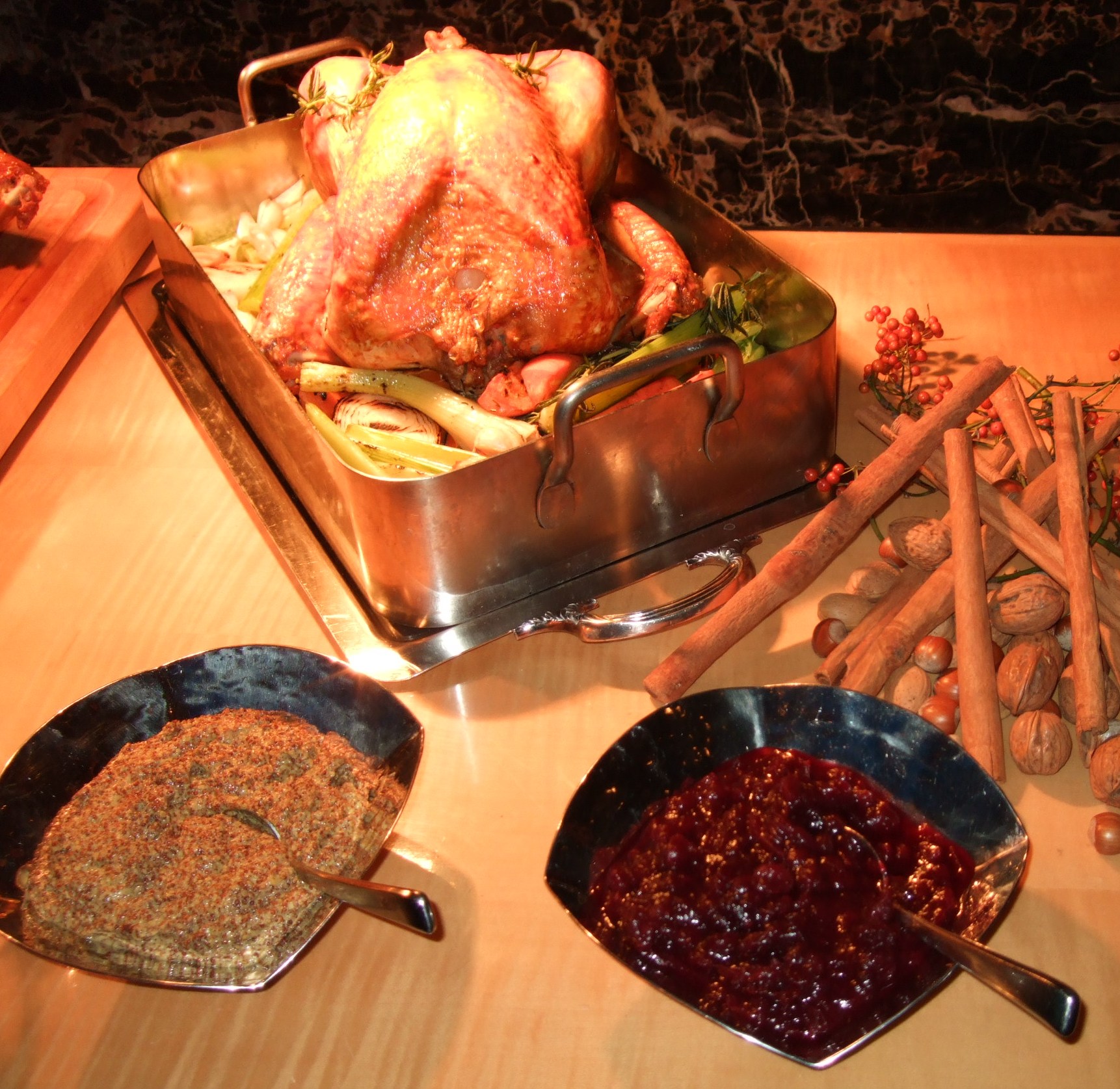 Three animals, which one finds almost everywhere during the Christmas holiday season depending on the culture, are: the pig, the goose and the turkey. Fish, too, is often enough the dish which has the place of honor at the Christmas dining table.
Let's say, however, that the winner as the table centerpiece in countries around the world is the turkey. This is true in the United States, France, England, Canada, Australia, New Zealand, Italy, Spain, Belgium, Luxembourg, the Scandinavian countries, Hungary, Greece, Lebanon, Mexico, and Chile.
The goose is served as a roast in Germany, Switzerland, Austria, and England. It is stuffed with apples in Russia, with chestnuts in the Netherlands, and with chestnuts as well as prunes in the Nordic countries, replacing the duck sometimes.
In the Antilles, Christmas is the big day to feast on the pig. It is a time to relish the roasted suckling pig in Portugal, Hungary, Armenia, and Cuba. The roasted pig is common in Argentina, Greece, Romania and the Philippines, too.
Fish is presented grilled, dried, smoked, marinated, stuffed, poached, and even raw. Italians like the grilled eel, the Swedes prefer the dried cod, the Poles go for the stuffed carp, the Austrians favor fish fried in beer, the Spaniards lean towards the sea bream, while the Czechs simply love the carp soup.
On the island of Mauritius, people feast on the stag. Elsewhere in South America, Peruvians serve the roasted heart of the bull. The skewered version is another option.
Interesting products right out of the pastry or cake shop like Wendel's in Tienmu, Taipei, are symbols based on legend or religion in significance. The sweet rites have been handed down many generations. The Christmas cakes and pastries function as gifts, bringers of joy, gourmands' delights, and symbolical decorations on the table as well as on the Christmas tree.
Anise, cinnamon, orange flower, cardamom, and honey flavor the biscuits and cookies. The biscuits placed in tin cans and accompanied by liqueur wine have the shapes of St. Nicholas, Baby Jesus, as well as the animals like the donkey, the pig, the swan, the goat, the goose, and even the cat. Motifs like the sun wheel, the tree of life, the horse, interlaced hearts, the star, the half moon, and the triangle are all part of the picture.
The cookies pointed somehow in shapes are believed to have the magical effect of protecting a person against evil forces. Cakes are more like bringers of happiness for the New Year.
The religious symbolisms are easy to grasp in the fruits like the apple of Adam and Eve in Germany as well as in Anglo-Saxon and Nordic countries. And the bread of Christmas is typified by the rich Christstollen or Christbrot in Germany.
Baking the Christmas cake is a yearly ritual. England has the Christmas pudding, the United States has the Christmas cake, and Italy has the panettone. The five-star hotels in Taiwan usually carry them at this time.
Christmas dinner is traditionally washed down with bubbling champagne. Liqueurs are drunk, too.
Some countries come up with special Christmas beverages for seasonal consumption, such as Christmas beer in France, England, Belgium, and Sweden; the shrubb in the Antilles; and liqueurs to drink with the dessert like the German Glintwein, the British Christmas mull, and the Scandinavian Gloegg.
Wendel's keeps alive the German Christmas tradition by bringing out baked goodies like the cookies and cakes of the season. The variety delights the children and the adults who are young at heart.
Michael Wendel, a third-generation German baker, is truly proud of his traditional upbringing. Therefore, he tries to share the wonderful reminders of his childhood experiences.
"Even when I was still a baby, I was already spending a lot of time in the kitchen," he revealed. "I was right there on the working table. If I was taken somewhere else, I started screaming."
At the age of three, he got his first baker's uniform. He was really excited about getting ready for full training. In fact, he never turned back.
"I have always been surrounded by the aroma of breads, cakes and goodies," Wendel reveals. And it warms his heart to see the smiles on the faces of not only the children but also the adults who step inside his popular bakery and bistro.
Last year, Wendel imported attractive Advent calendars from Germany to introduce to those who regularly patronize his place. The beautiful December calendars opening each day on a chocolate surprise were quickly snapped up by his customers.
Wendel announces with a twinkle in his eyes that he will again have a Christmas tree with lighted candles at home this Christmas. That is a German practice. But he is not sure that he will have the time to do the cutouts to paste on the window panes.
What remains to be seen is whether Wendel will again fall with nostalgia into reverie of his boyhood when he painted himself black and dressed up as King Melchor before going around the neighborhood with two others garbed for the roles of King Gaspar and King Balthazar during the Feast of the Epiphany.