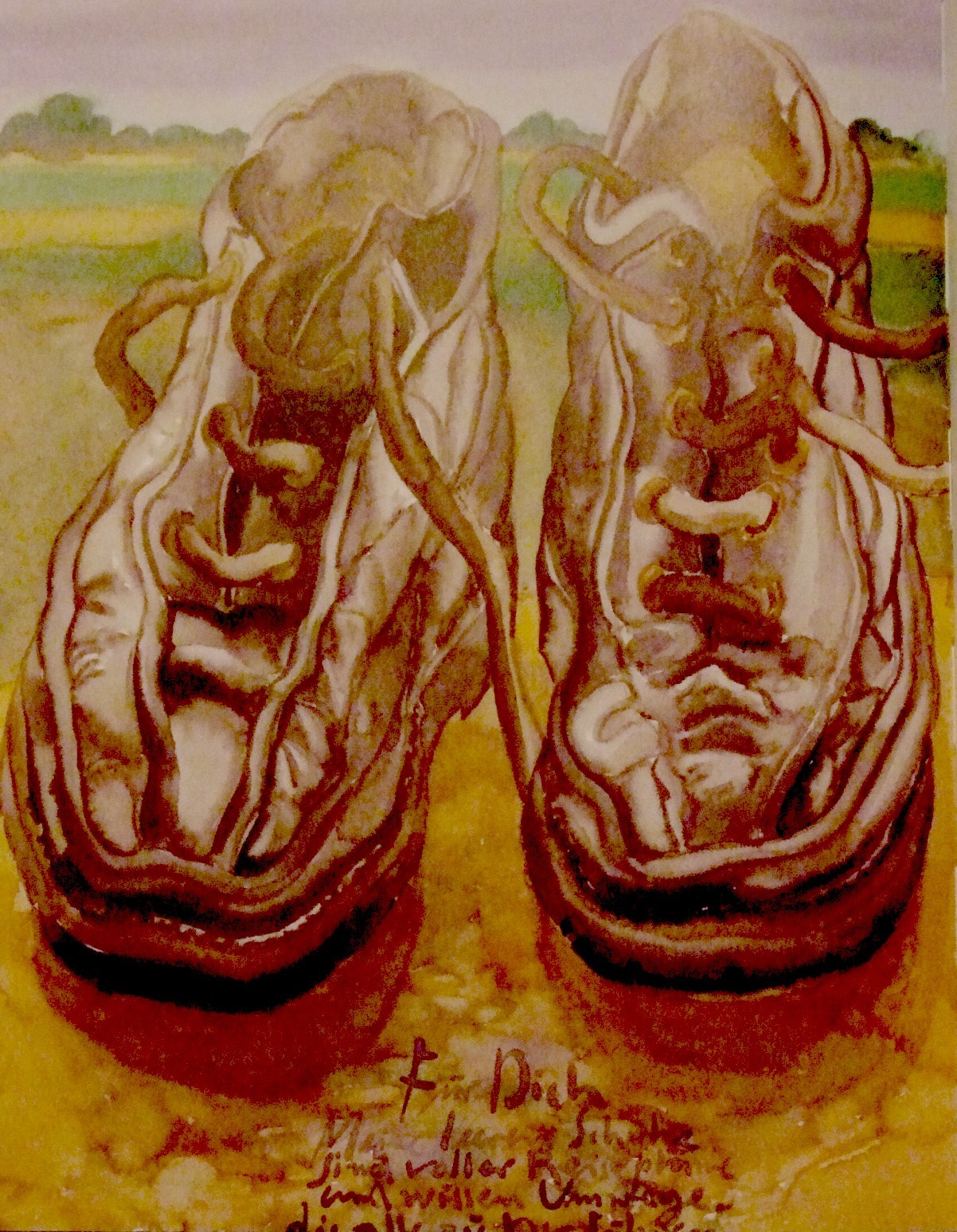 Gunter Grass, the German winner of the 1999 Pulitzer Prize in Literature, turns watercolorist for those who do not read poetry at a special exhibition titled "A Writer's Vision: The Poetry and Paintings of Gunter Grass" on the third floor of the Taipei Fine Arts Museum.
The 117 watercolors have been loaned by the Wurth Museum in Germany. They show that Grass has had academic training in the fine arts. He studied at the Dusseldorf Academy of Art and also attended the State Academy of Fine Arts in Berlin years before he started writing. The show also presents features 12 sculptures done by him.
Grass paints a pair of much-worn shoes and writes on the watercolor a poem titled "For You," and the verses read:
"My empty shoes/Are full of travel plans/And know detours/That all lead to you."
An illustration of keys calls attention to a poem titled "Remains." .The words on the watercolor say:
"The house is gone/Only the keys remain/Including the one for the closet/That disappears with the skeletons."
As for "Brief Sunday's Sermon," the lines come through:
"God has passed away, according to Nietzsche/But is still useful/As a multi-purpose weapon/And traded worldwide/Since unprotected by copyright."
The praying mantis picture is all about "Masculine Dream" and the words written to go with the painting read:
"My masculine dream caught sight of one of the graces in the realm of the insect called praying mantis/Her mobile little head/Still her raptorial limbs are resting in devotion/Embraced I breathing a sigh of relief."
The exhibition of a collection brought to Asia for the first time will continue to be on view until February 24 next year.