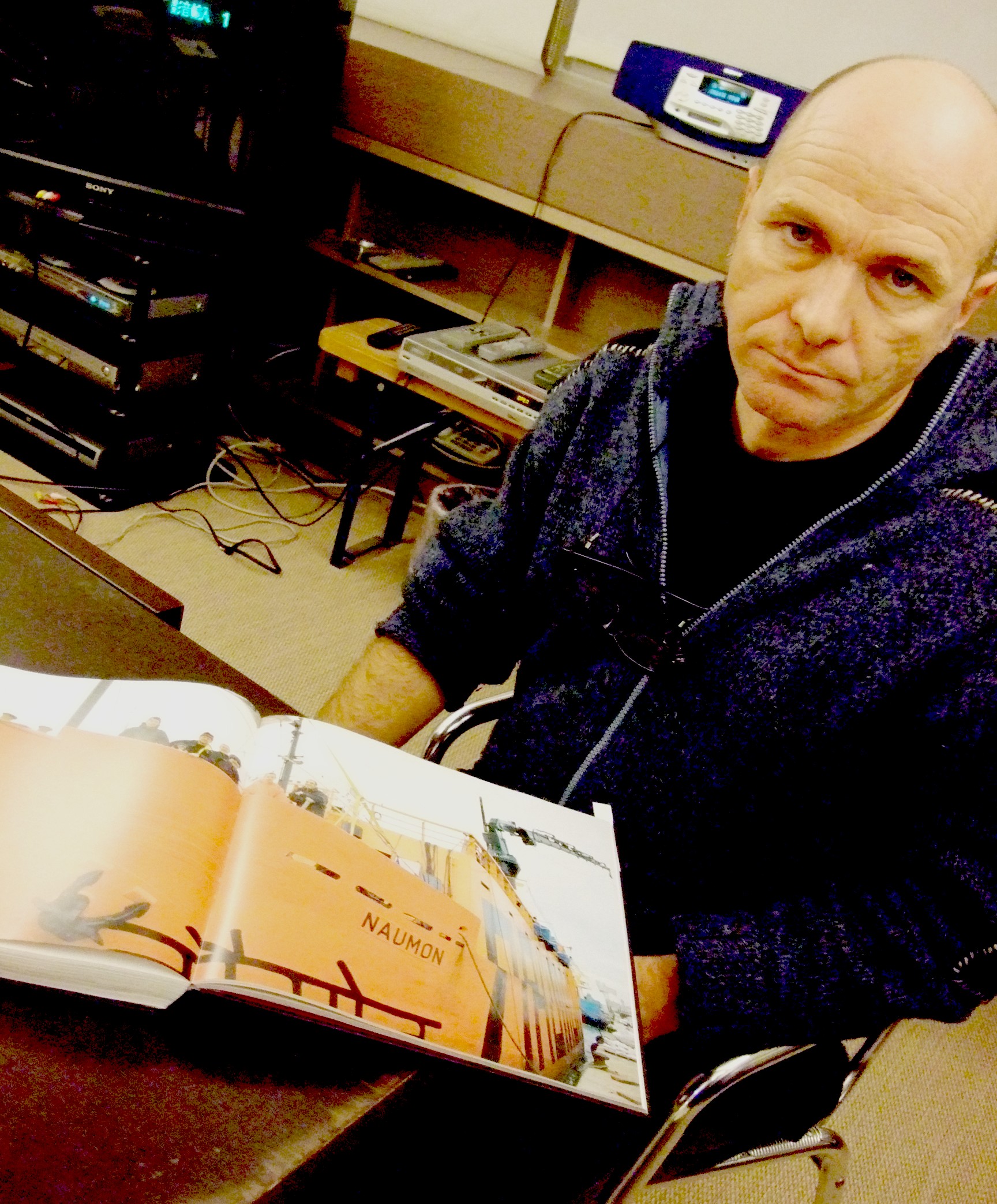 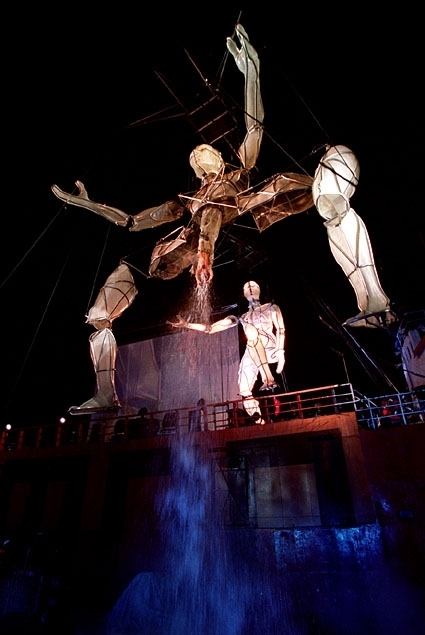 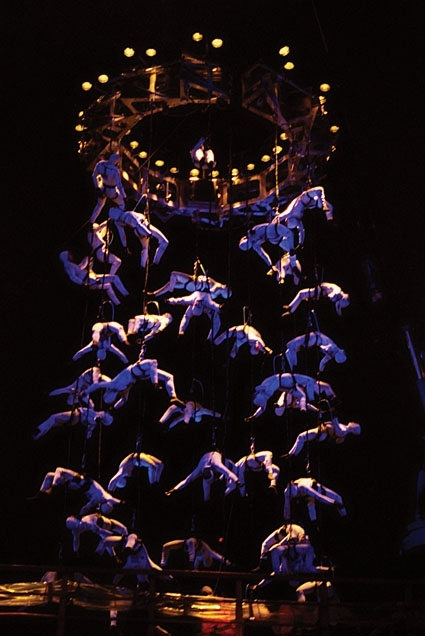 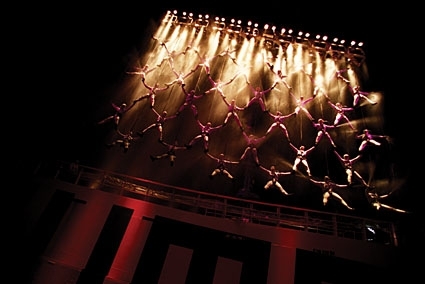 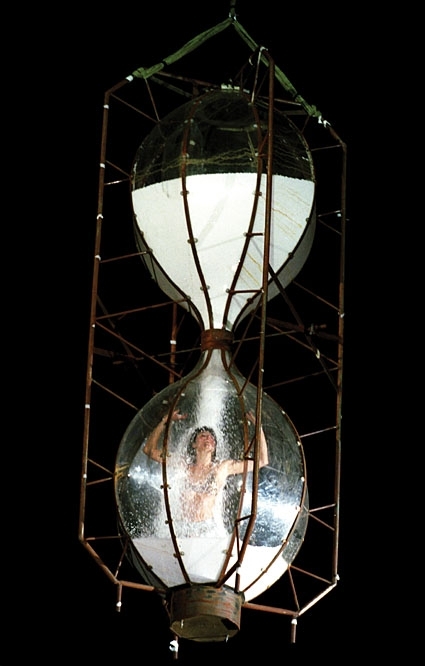 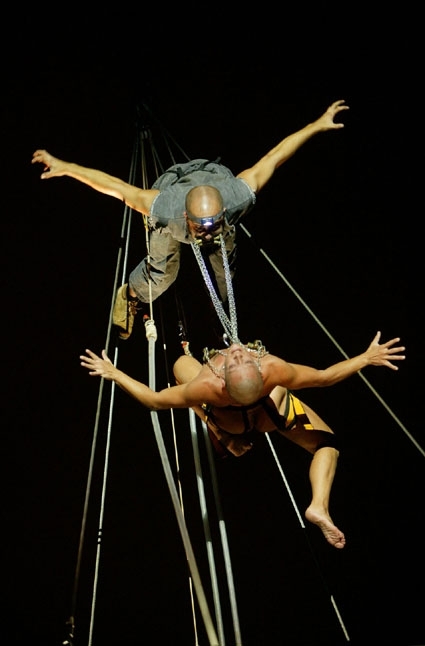 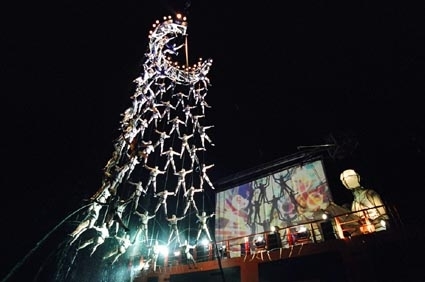 The La Fura dels Baus theater company is a name not very likely to ring a bell in Taiwan. But surely, many will still remember vividly the spectacular opening ceremony of the Barcelona Olympic Games in 1992, when a Herculean galleon dramatically sailed across the enormous stadium with 3,000 costumed volunteers moving along and creating a sea with blue cellophane.
The raving success of this exciting production by La Fura dels Baus set a very challenging precedent for later Olympic Games organizers to match or even upstage.
The ship concept has not ceased to fascinate the Catalan theater company. In fact, Carlus Padrissa - a founding member of the group - bought a ramshackle Norwegian icebreaker in 2003. After repairs and despite constant struggles with rust, the ship built in 1964 and named Naumon (meaning "ship of the world") by the Catalan company has so far proven to be seaworthy, calling on different docks and harbors to entertain crowds.
"The Naumon is a metaphor of the world," explained Padrissa. "We are all on this ship. We must all make it work throughout our journey together."
Padrissa quoted a poem about a dissatisfied or unhappy man having the option to change his house, his neighbor, or even his country.
"But the planet earth on which we live is something we cannot change or replace," he pointed out. "And so we have to protect it."
On December 28, the ship Naumon of La Fura dels Baus will sail into a Koahsiung dock to prepare to stage a spectacular show from its deck on New Year's Eve. Admission will be free.
Highlights of the 70-minute presentation will include local volunteer aerialists forming a human sail in mid-air to begin a journey into the cosmic realm towards the end. Eighty local recruits will be trained during a three-day workshop to participate in this visually exciting act. The theater company will bring in a 40-strong team, including an international acting cast of 10, to realize the multi-media, high-tech production, according to Padrissa.
Live music will be used. In fact, an opera singer will vocalize while perched precariously on high.
The ship measuring 200 feet in length and wearing orange paint has been fitted with an 80 feet high aluminum-and-fiberglass giant for the "Naumachia" show. A birth scene will have 66 gallons of fresh water pouring down to simulate the breaking of the water bag and the arrival of a baby. A towering crane on the ship controls the gigantic marionette.