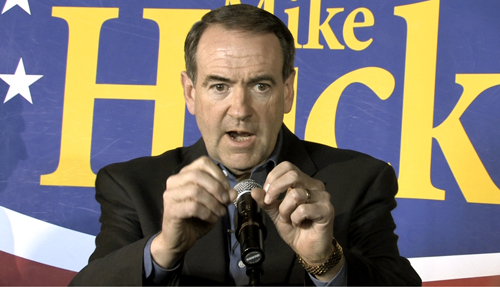 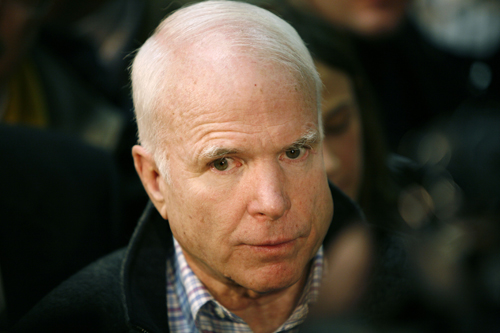 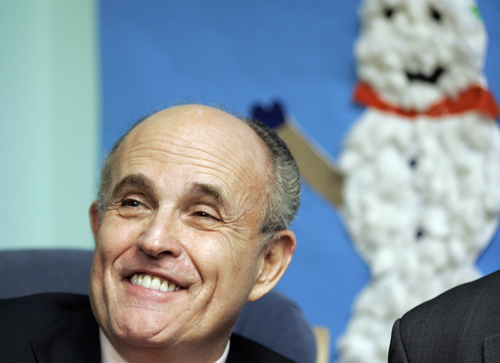 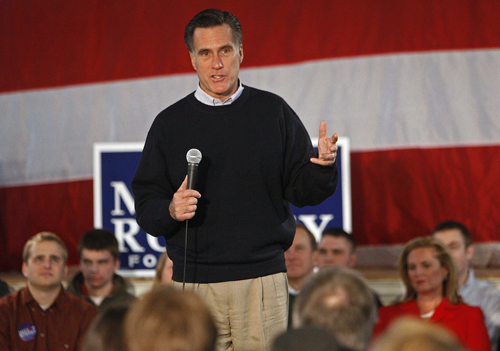 Four days before Iowa's curtain-raising caucuses open the U.S. presidential season, the Republican Party is painfully splintered, with no front-runner to unite conservative power bases.
The only certainty of the puzzling 2008 race, in a party which usually closes ranks quickly around a favorite son, is that it will, eventually, produce a nominee.
At least four major Republican hopefuls can claim plausible paths through the thicket of nominating contests - Mike Huckabee, John McCain, Mitt Romney and Rudolph Giuliani.
But even candidates are loath to forecast the outcome.
"I'm asked how's it going to come out?" said Romney, the former Massachusettes governor in Pella, Iowa on Saturday. "I can't tell you exactly what's going to happen."
Stung by the Democratic capture of Congress in 2006, rattled by corruption and ethics scandals, and hampered by an unpopular president, the Republican party is locked in a struggle for its soul.
Unlike in 1980, with Ronald Reagan, and 2000 with George W. Bush, no candidate has hit on the formula to fuse the party's religious, economic and national security conservatives.
Polls nationwide and in key states show a confusing picture.
Huckabee leads a RealClearPolitics.com average of polls in Iowa by two percent. His lead had been much wider, but an American Research Group survey released December 28 had Romney back in the lead.
In New Hampshire, which votes January 8, Romney still leads by six percent in the average, but McCain is rising in a state he won during his unsuccessful 2000 run.
One Iowa newspaper columnist, mocking McCain's age, 71, on Saturday, dubbed the veteran Arizona senator, whose campaign was on life support just a few months ago, "The Comeback Codger."
The ex-Vietnam war prisoner has profited from the apparent military success of the US Iraq troop surge, which he backed, and is considered a bona-fide American hero.
In Michigan, which votes January 15, Romney, in a state where his father was governor, leads by a slender one percent.
South Carolina Republicans vote on January 19, and Huckabee, a wise-cracking former Baptist preacher, drawing evangelicals, has a small lead over Romney.
And Florida, which votes just before an avalanche of 23 states hold nominating contests on "super-duper" Tuesday February 5, has former New York mayor Giuliani, who also leads national polls, in front.
Giuliani is barely competing in Iowa, where his past moderate positions on social issues and three marriages don't impress evangelical conservatives. In New Hampshire he also lags.
So he is pursuing a high risk strategy which would effectively reinvent the wheel of Republican nominating orthodoxy - hoping to sweep more liberal populous states like Florida, and February 5 standouts California and New York.
For it to work, no rival must gain momentum, and he must survive being tagged a serial loser.
"At this moment the best scenario for Giuliani in New Hampshire and Iowa is for two different people to win in these races," said Dan Shea, professor of politics at Allegheny College, Pennsylvania.
For Romney, who Saturday blitzed rural Iowa coffee shops in a bus tour, a few nervous days are in store.
His traditional strategy relies on winning Iowa and New Hampshire to catapault to national prominence.
The strategy looked smart two months ago, but Huckabee, exploiting disaffection among the religious right, rocketed to the summit of Iowa polls.
"The question is whether Romney peaked too early," said Andrew Dowdle, a political science professor at the University of Arkansas.
Romney is fighting a two-front battle with negative political ads, slamming McCain on immigration and taxes, and Huckabee for his law and order record as governor and lack of foreign policy experience. "The desperation of this campaign ... is not the way the Republicans should be running this race," complained Huckabee on C-Span television Saturday.
An unexpectedly strong showing by Giuliani or screen star and former senator Fred Thompson in Iowa could change the picture.
And Ron Paul, the libertarian Republican who has piled up campaign cash on the Internet, could also snap up a minor place and gather momentum.