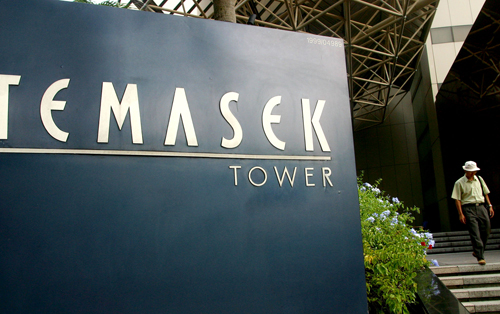 From banks to telephones, an airline to shopping malls, and semiconductors to airports, the reach of two state-linked investment firms from the city-state of Singapore extends around the world.
The normally secretive Temasek Holdings and the Government of Singapore Investment Corporation (GIC) were thrust into the spotlight in December with multi-billion-dollar investments in troubled global financial institutions, investment bank UBS and investment and brokerage firm Merrill Lynch.
In only a generation, the two companies' assets have ballooned.
Temasek says its net portfolio worth is now more than US$100 billion. GIC says it manages "well above" US$100 billion, but analysts say it could be as much as US$300 billion or more.
Those figures place Temasek and GIC among the largest sovereign wealth funds in the world, according to an October report by Citigroup Global Markets Inc.
Temasek, the elder of the two firms, was founded in 1974 to hold stakes in key companies formerly held by the young nation's Ministry of Finance.
Its history "is entwined with that of independent Singapore and its economic development and growth," Singapore President S.R. Nathan has said.
Once a post-colonial backwater, with no natural resources, the island republic surged ahead of its larger neighbors to become a thriving, developed nation.
Song Seng Wun, regional economist with CIMB-GK Research, said the key to the success of Temasek and GIC was the Singapore economy's continued generation of revenue surpluses that allowed the firms to grow.
They have followed a conservative investment strategy, with sometimes relatively low returns, but that approach has led to solid longer-term gains, he said.
"I think they basically look at sectors which will probably continue to do well in the coming years," Song said of Temasek.
David Cohen, director of Asian forecasting with global research house Action Economics, said Singapore was forced to turn abroad for growth.
"It's a relatively tiny economy domestically. Analogous to Abu Dhabi, they look internationally for their investments," Cohen said.
GIC, established in 1981 to manage Singapore's foreign reserves, has grown from handling a few billion dollars in its early days to become one of the world's largest fund management companies, its Web site says.
"My cardinal objective was not to maximize returns but to protect the value of our savings and get a fair return on capital," Singapore's founding father and GIC chairman, Lee Kuan Yew, wrote in his memoirs.
GIC says it has invested in many of the top private equity and venture capital funds in the U.S., Europe and Asia. Last year, it joined a consortium that bought British Airports Authority plc, which operates Heathrow and other airports.
GIC's real estate arm is among the world's top 10, it says.
Temasek's executive director and chief executive officer is Ho Ching, wife of Prime Minister Lee Hsien Loong, the elder Lee's son.
According to its website, Temasek has majority stakes in Singapore Telecommunications, Southeast Asia's largest telecom firm, Singapore Airlines, Neptune Orient Lines and Chartered Semiconductor Manufacturing. It owns 100 percent of PSA International, which operates ports around the world.
The company's diverse holdings include stakes in DBS Group Holdings, Southeast Asia's largest bank; CapitaLand, Southeast Asia's biggest property developer; and Fraser and Neave, which makes Tiger beer through its Asia Pacific Breweries division.
Through a wholly-owned subsidiary, Temasek has a 42 percent stake in Thailand's Shin Corp, the website says.
Temasek has also invested in financial institutions around Asia and, in March this year, said it had bought a nearly 12 percent stake in London-based bank Standard Chartered.
Then on December 24, Merrill Lynch said Temasek had committed to a US$4.4 billion stake just days after GIC said it would inject almost US$10 billion into Swiss-based UBS.
Singapore has "a very deliberate policy initiative" to buy the assets of financial firms to help it acquire expertise in its drive to become a global financial center, said Ilian Mihov, an economics professor at graduate business school INSEAD in the city-state.
But a Temasek spokesperson countered that, saying: "The government of Singapore does not direct our investment decisions, which are based on commercial considerations."
"The financial services industry is a close proxy to the growth of the economy and we are happy to increase our exposure in this space," the spokesperson told Agence France-Presse.
Temasek invests in a wide range of sectors, and decisions to invest depend on many factors including price, likely returns and risks, the spokesperson said.
GIC, holding a rare press conference to announce the UBS deal, said its practice has been to take "relatively small stakes" in public equity investments for portfolio diversification.