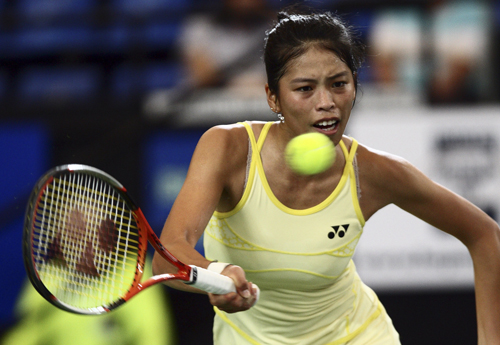 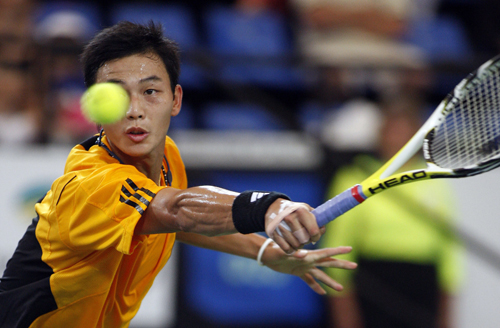 Serbian stars Jelena Jankovic and Novak Djokovic struggled against their lower-ranked opponents from Taiwan but the top seeds still prevailed 3-0 to open their Hopman Cup campaign yesterday.
Jankovic and Djokovic, both ranked third in the world, were far from top form in their opening matches of the mixed teams tournament, with Djokovic stretched to three sets before winning in the men's singles.
In the women's singles, Jankovic traded service breaks with the 143rd-ranked Hsieh Su-wei throughout the match but won it in straight sets, 6-4, 6-4.
The 22-year-old Serb, who won four WTA tournaments this year and has been training in Florida following sinus surgery, said she was disappointed with how she played and relieved to emerge with a win.
"Played quite well"
"She played quite well and it was my first match," Jankovic told reporters.
"I didn't expect to play my best tennis and I'm happy with my win. I am not that happy with the way I played, but I will just try to keep improving and get my rhythm again."
The Serbian admitted she was not match-ready following her surgery.
"I only practiced for two weeks before I came here and I was on medication and I was resting," she said.
Djokovic - who had a banner year with five tournament wins and an appearance in his first Grand Slam final before a surprise early exit from the season-ending Masters Cup in Shanghai - was put to the test by Lu Yen-hsun.
"Lu dominated"
The 20-year-old needed seven set points to wrap up the first set against the 103rd-ranked Lu, and needed medical treatment for stiffness in his back early in the second set.
Djokovic later explained that the problem had been sparked by his penchant for bouncing the ball repeatedly before each serve.
Lu dominated the second set, but Djokovic lifted his game and seized the early initiative in the decider to win the match, 7-5, 2-6, 6-3.
In the dead mixed doubles rubber, Jankovic and Djokovic came from a set down to win the match in a third-set tiebreak, 3-6, 6-2, 7-6 (10-8).
The Taiwanese duo qualified for the tournament in Perth by winning the Asian Hopman Cup in early November.