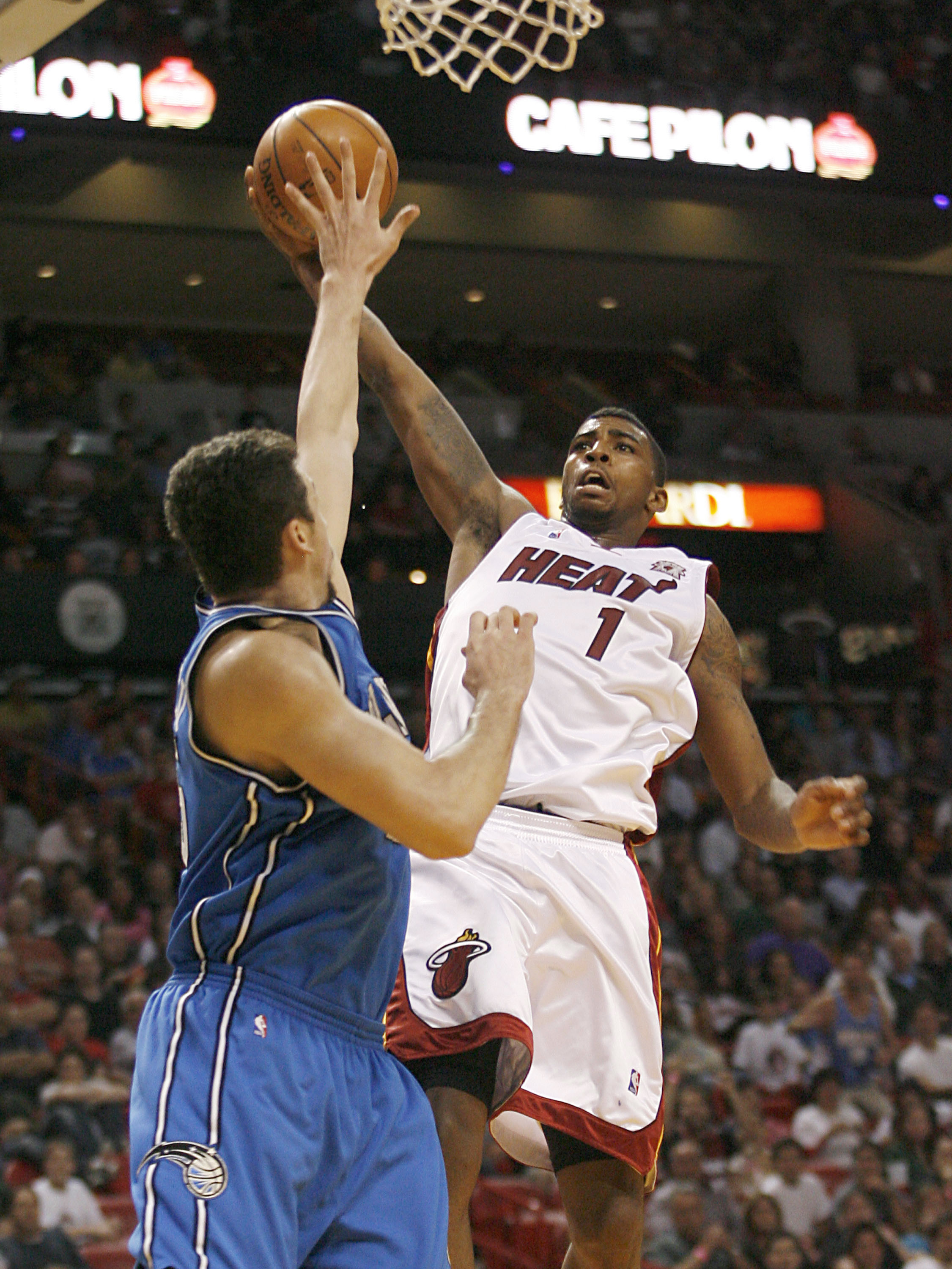 When Dwyane Wade is in the zone, feeling he can't miss, everybody from the screaming fans to his Madison Avenue marketers are engulfed by it.
When Hedo Turkoglu is in that special place where the basket looks as big as the Atlantic, folks still are trying to figure out how to say his name.
No matter how you pronounce it or even spell it, Turkoglu stole as much of D-Wade's thunder as was humanly possible. Wade painted a masterpiece, but it was the timely work of Turk that carried the Magic to a thrilling 121-114 overtime victory against the Miami Heat on Friday night, Orlando's eighth consecutive victory against its fading state rivals.
Wade was sensational, tying his career high with scoring a career-high 48 points for the Heat, but it was Turkoglu who made the ones that counted.
He's already earned a reputation as Mr. Fourth Quarter. He'll also work OT. Turkoglu scored eight of his 22 points in the bonus period, including a cold-blooded 27-foot rainbow 3-pointer that proved he was as locked in as Wade.
After making two free throws to break a 114-114 tie, Turk launched his long-range jumper from the top of the key to give Orlando a 119-114 lead with 11.7 seconds left. His shot over Udonis Haslem silenced the crowd, completed another dramatic comeback on the road and gave the Magic's Stan Van Gundy a victory in his first return to Miami as the former Heat coach.
"I'm always feeling it. I'm hot right now. It was good defense by Udonis - but better offense," chuckled Turkoglu, who drilled two 3-pointers in overtime.
Dwight Howard, heading for his first all-star start over Heat center Shaquille O'Neal, led the Magic with 29 points and 21 rebounds.
The Magic, struggling with just three victories in their previous 10 games, won their 20th game of the season in 31 outings.
The Heat (8-229-21) came in with the worst record in the Eastern Conference, and outplayed the Southeast Division-leading Magic until the end of the game and in OT.
The Magic were sloppy and trailed by as many as 10 points in the third quarter and by seven with two minutes, 11 seconds left in the fourth.
The Magic looked to have won and lost the game several times until they hit big shots and made bigger plays - the trademark of their marvelous roadwork.
It might have been the kind of victory that not only lifts them out of their recent fog, but one that might bring on a changing of the guard - point guards, that is.
With Jameer Nelson's game slumping and his body hurting, reserve Carlos Arroyo ran the team brilliantly at crunch time. Van Gundy put Nelson on notice recently, saying he needed to return to form or sit.
"You have to read the situation, make solid plays and not run the ball over," Arroyo said. "We stayed focused in overtime. It was a lot of fun."
Arroyo finished with 13 points, five assists, seven rebounds and no turnovers in almost 31 minutes.
Arroyo's hustling retrieval of Howard's second missed free throw was huge with the Magic down 102-100 with the fourth period winding down, as he then fed Rashard Lewis. Lewis hit a 3-pointer that gave the Magic a 103-102 lead that held up until Daequan Cook's 3-pointer sent the game into OT at 107-all.
"We just put the ball in Carlos Arroyo's hands virtually every possession down the stretch," Van Gundy said. "We ran the high pick-and-roll, and he made good decisions. I thought he was very confident with the ball in his hands."
Arroyo was aggressive, hitting a 20-foot jumper that handed the Magic a 109-107-109 lead in the extra period. He added another jumper to assist Turkoglu.
It was Wade who left everyone in the building gasping. With the Heat playing without Shaquille O'Neal (sore left hip), Wade made 16 of 21 shots and 16 of 23 free throws to go with 11 assists and three blocks.
"Tell Pat (Heat Coach Pat Riley) that the next game we are trapping him the minute he walks out of the locker room," Van Gundy said. "We tried three different things on the pick-and-roll and none of them worked."
In other NBA action: New Orleans 99, Charlotte 85; New Jersey 109, Washington 106; Houston 103, Memphis 83; Detroit 114, Indiana 101; Chicago 103, Milwaukee 99; Toronto 83, San Antonio 73; Phoenix 94, L.A. Clippers 88; Philadelphia 92, Sacramento 80; Portland 109, Minnesota 98; L.A. Lakers 123, Utah 109; Denver 124, Golden State 120.