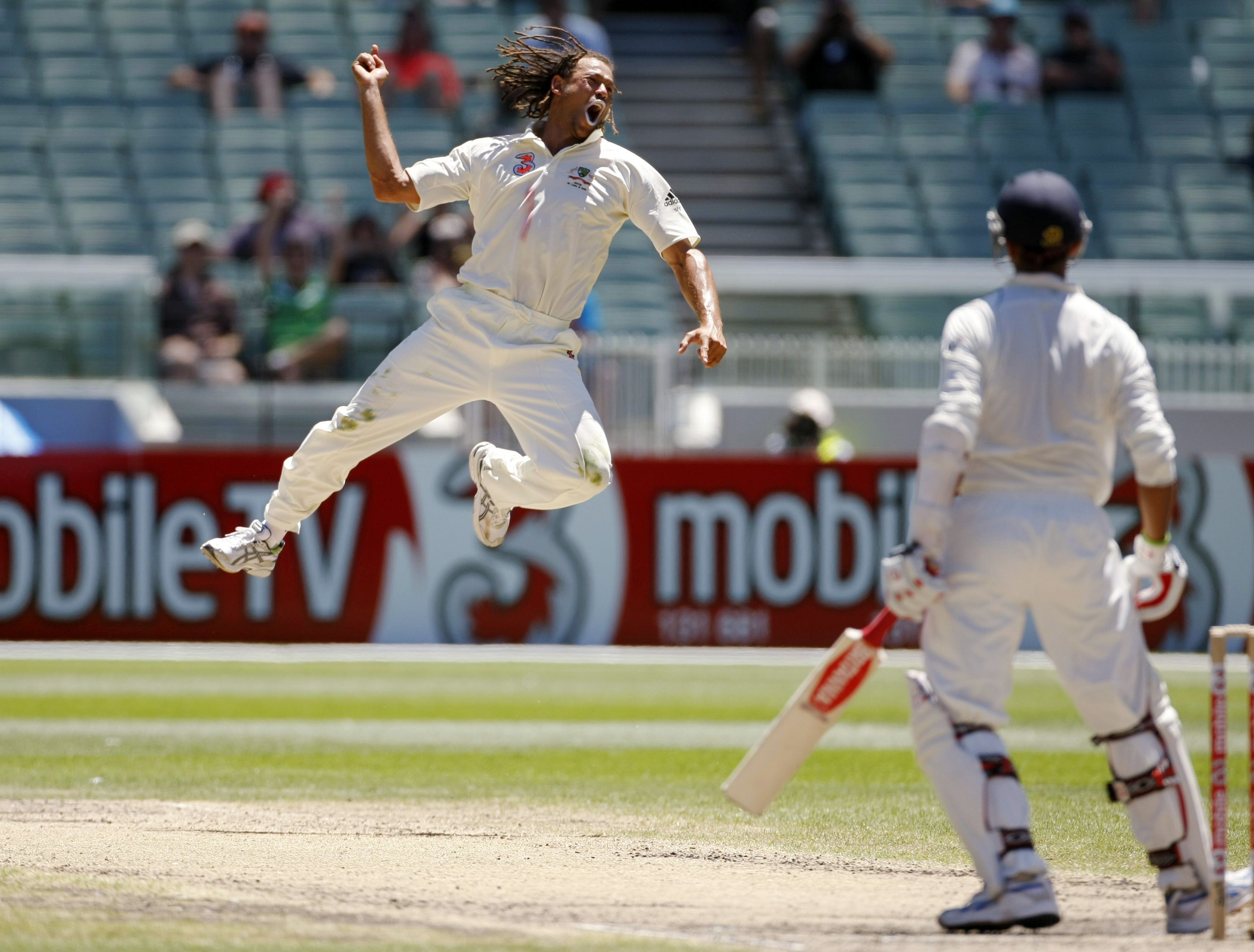 Australia inflicted one of India's heaviest Test defeats yesterday, winning the opening match of the four-Test Border-Gavaskar Trophy series by 337 runs on the fourth day at the Melbourne Cricket Ground.
The Australians claimed their 15th consecutive Test victory and will look to equal their world record of 16 wins set from October 1999 to February 2001 in next week's second Test at the Sydney Cricket Ground.
India, set a historic 499 runs to win, fell away late in the day to go down to one of their heaviest defeats.
Only their 342-run loss to Australia in Nagpur in 2004-05 and 341-run defeat to Pakistan in Karachi a year later rank worse.
The Indians, who battled for two sessions in fierce heat, unraveled after tea, losing five wickets for 27, with left-arm paceman Mitchell Johnson taking 3-21 off 15 overs.
After almost dismissing Australia on the opening day, India dropped away under the relentless pressure of Ricky Ponting's side to lose substantially at 4:31 p.m. (Australia time) on the fourth day.
"We played excellent cricket all the way through with the discipline we showed with the bat to grind out the runs and with the ball to stick to our plans and do things differently on this type of pitch," skipper Ponting said.
"It was a pleasing win because this wicket was probably more suited to the sub-continental style of play and we adapted well."
Once Australia dismissed key batsmen Sachin Tendulkar and V.V.S. Laxman in the middle session, the end was inevitable.
Much depended on the two stalwarts to stick it out against relentless Australian probing, but they could not overcome the odds.
Only three teams in Test cricket history have scored 400 or more in the fourth innings for victory.
"It was important that we batted through sessions but our batting didn't stand up, it was pretty disappointing," Indian skipper Anil Kumble said.
"The first innings was crucial and if we had come close to their score, if not take a lead, then things could have been different.
"But it was very disappointing after having a good first day ... we couldn't back it up with our batting on the second day."
Brett Lee set up Tendulkar with a short-pitched ball and followed up with one outside off-stump which "The Little Master" chased after for his favorite square drive and edged to Adam Gilchrist.
Tendulkar, who scored 15, was playing in his fourth and farewell Test at the MCG, where he averaged 43 in his eight innings.
Laxman battled for almost three hours and 112 balls before he perished, driving Stuart Clark to Michael Clarke in the covers for 42 in the 54th over.
Yuvraj Singh, who forced the switch of Rahul Dravid to open the innings to fit him into the Test lineup, failed for a second time, lasting just 16 minutes before he was bamboozled by wrist-spinner Brad Hogg's flipper and was leg before wicket.
Wicketkeeper Mahendra Dhoni was the first to go after tea, caught by Gilchrist off Johnson for 11.
But it was skipper Anil Kumble's dismissal for eight, also caught behind off Johnson, that triggered three wickets in four balls to hasten India's defeat.
Harbhajan Singh was run out for a duck by Mike Hussey, Sourav Ganguly fell next ball, lbw to Brad Hogg for 40 and RP Singh was last man out, playing on to his stumps off Johnson for two.
Andrew Symonds grabbed Dravid's wicket before lunch, trapping him lbw for 16 with one that kept low.
Dravid, who scored five off 66 balls in the first innings, again stonewalled the Australian bowlers, facing 114 balls in 150 minutes with two boundaries.
Gilchrist overtook Ian Healy as the Australian wicketkeeper with the most dismissals after catching opener Wasim Jaffer for 15 off Lee.
The regulation catch was Gilchrist's 396th dismissal in his 93rd Test, passing his predecessor Healy's 395 from 119 Tests. He now has 399 dismissals.
South Africa's Mark Boucher, currently playing in the first Test against the West Indies in Port Elizabeth, holds the wicketkeeping record with 406 dismissals.