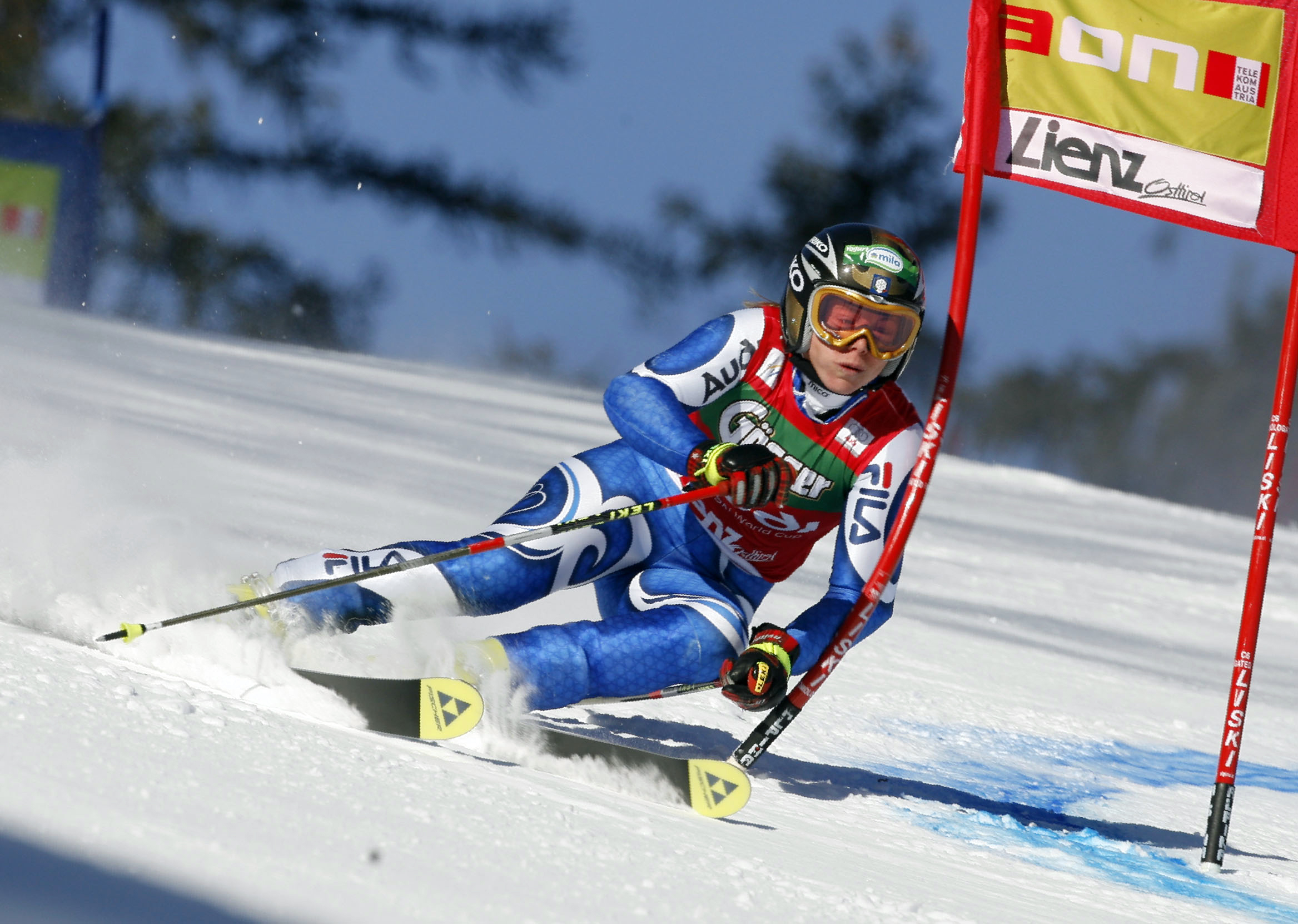 Denise Karbon won her third straight women's World Cup giant slalom event Friday.
The 27-year-old Italian led after the first leg and posted the fastest time in the final run as well to finish in a combined time of 2 minutes, 2.73 seconds.
Julia Mancuso finished second, 1.28 seconds behind, climbing from fourth after the opening leg.
Nicole Gius was third, 1.62 seconds behind Karbon.
"I had a cautious second run because I was well ahead and I knew two spots on the course which were dangerous," said Karbon, who skipped the recent speed disciplines to fully concentrate on the technical races.
Mancuso said she wanted to win the race after U.S. teammate Resi Stiegler was injured after crashing in the first leg.
"I gave everything to win it for Resi, but Denise was just incredibly fast," Mancuso said.
Stiegler was hospitalized with a broken left forearm, a broken right shinbone, torn ligaments in the right knee and a bruised face and hip after crashing halfway down the course in the first run. Stiegler will undergo surgery in the United States and will be sidelined for eight weeks, an official of the local hospital in Lienz said.
Stiegler, who started with No. 24, lost balance as her skies made contact in a curve. She fell and sled off course through two rows of gates at the edge of the course and rolled down two meters.
Those gates were supposed to break a crash and prevent the skier from dropping down the slope, but race director Siegried Vergeiner denied the course security was inadequate.
"The gates at that point of the course were installed properly and eyed up by FIS officials prior to the race," Vergeiner said. "This was just very bad luck for Resi."
The race was interrupted for almost half an hour after the crash.
Mancuso posted the fourth best time in the second leg.
"The way Denise skied today, I can only be happy to finish second," said Mancuso, who is the giant slalom Olympic champion but is yet to win a World Cup race in this discipline. "My first victory will come soon. I am sure about that."
Gius lost time after losing control of a ski in the early part of her second run.
"I did not believe that I still finished third after that error," Gius said. "I can't express how happy I am with this result."
Defending discipline and overall World Cup champion Nicole Hosp was 16th after two disappointing legs.
Overall World Cup leader Lindsey Vonn, who won a downhill and a super-combi last week, finished the opening leg in 38th place, 2.29 seconds behind, and did not qualify for the second leg, though kept her lead in the rankings.