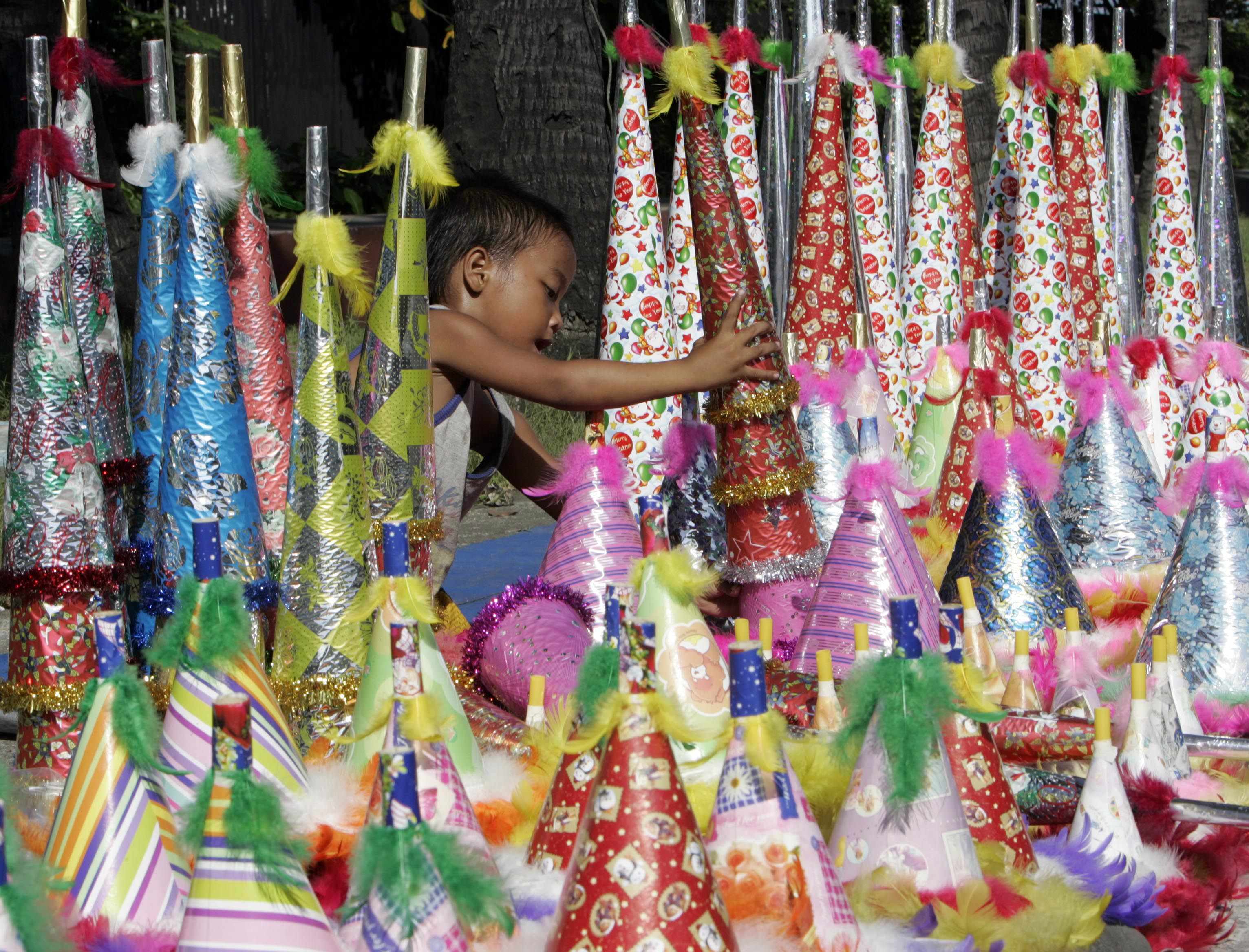 Firecracker-crazy Filipinos are coming up with more explosive ways to greet the new year, including some devices with the power of five grenades, police said Friday.
Firecrackers called "Goodbye Philippines" and "Bin Laden's Bomb" were among those confiscated from vendors in northern Bocaue town, known for its pyrotechnics industry, ABS-CBN television reported.
"Bin Laden's Bomb," the biggest of them of all, is said to be as powerful as five grenades.
"They know that those items are unauthorized and illegal, and yet they are displaying the items in plain view," Police Senior Inspector Gene Nicud said.
Health Secretary Francisco Duque urged the public to use other ways to celebrate, including blowing trumpets or banging pots and cans, warning that firecrackers could kill or maim.
The Health Department has recorded 102 people injured so far by firecrackers and one by a stray bullet since December 21 despite authorities' crackdown on powerful firecrackers and celebratory firing of guns.
More than 900 people were injured by firecrackers and gunfire during last year's Christmas to New Year's celebrations.
Filipinos traditionally usher in the new year in frenzied revelry, exploding powerful firecrackers in crowded neighborhoods, often during drinking sprees. Many fire guns in the air and set car tires ablaze in the streets.
Superstitious Filipinos believe that noisy New Year's celebrations, largely influenced by Chinese tradition, drive away evil and misfortune.