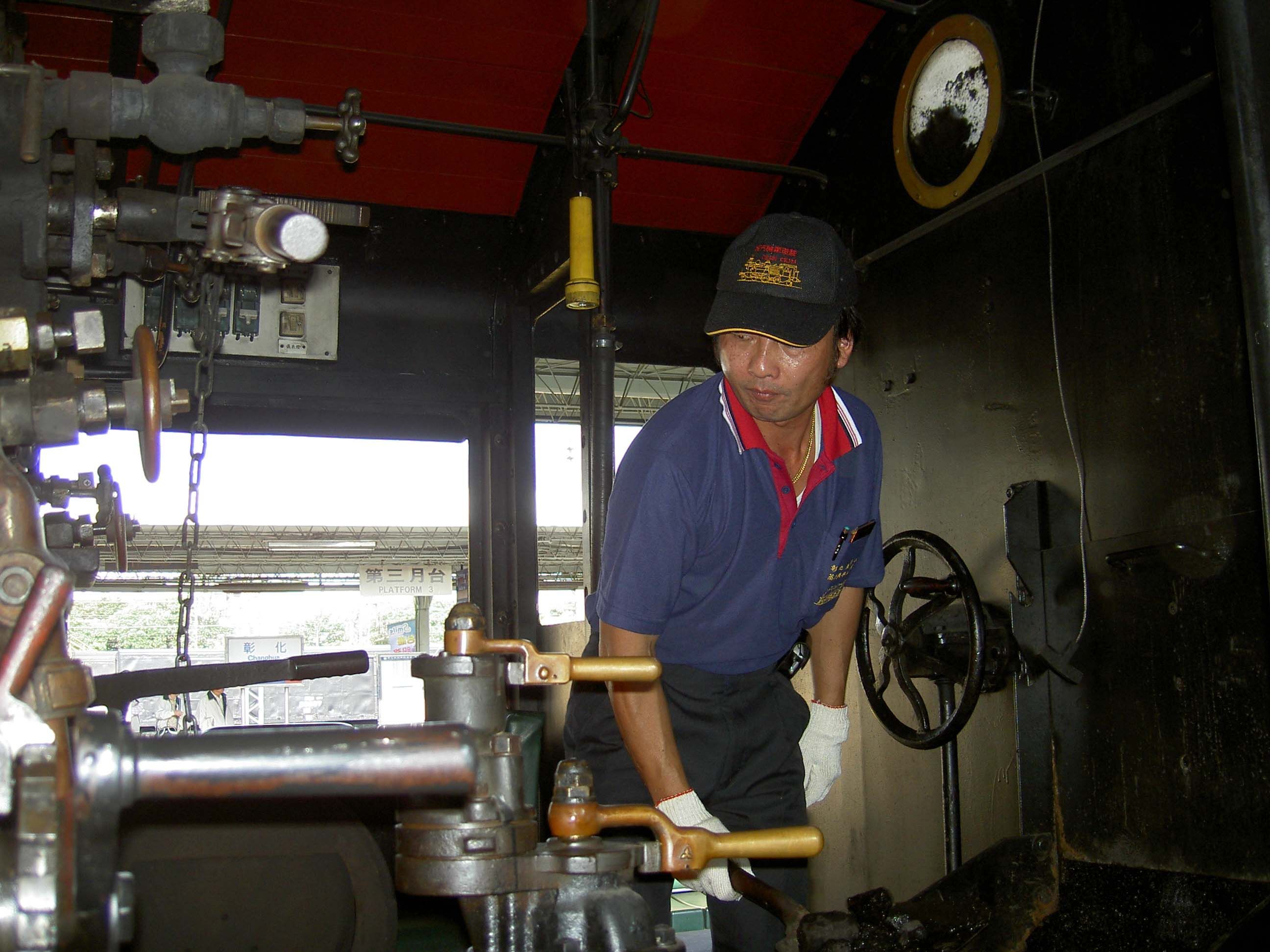 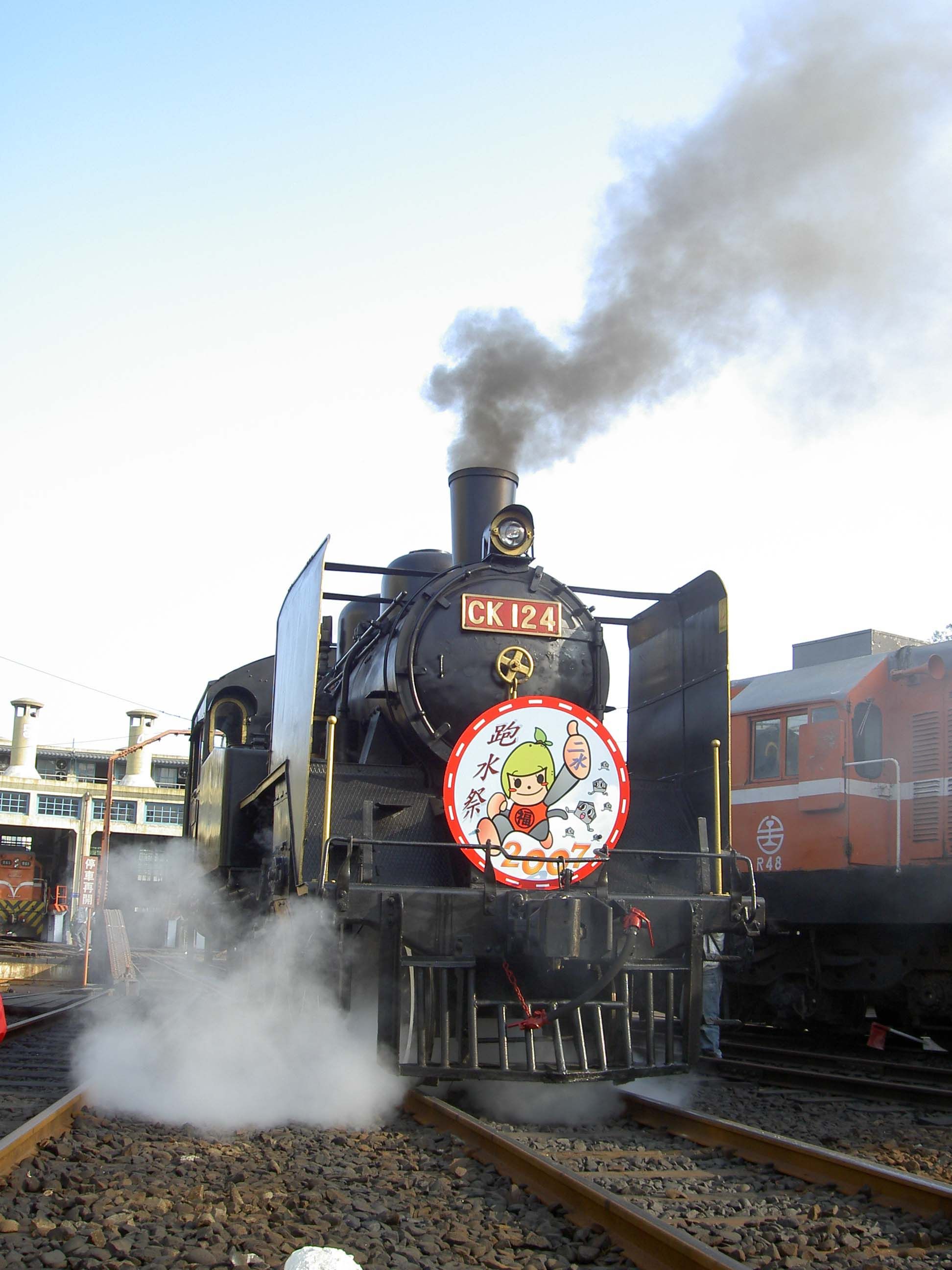 Watching a moving steam locomotive rolling on the rail track with steam coming out from its smoke stack is quite a heart-stirring experience - a scene still favored by filmmakers to induce nostalgia.
Taiwan has quite a long railway history, with steam locomotive remaining in service for some 80 years until the mid-1970s.
In the last decade more and more people have called on the state-run Taiwan Railway Administration to restore the steam locomotive service, especially after seeing many old steam trains operating as tourist attractions in Europe and Japan.
In 1997, the TRA repaired and refurbished the 80-year-old steam locomotive CK-101 to make it fully operational in time for the 100th anniversary of the TRA. In 1988, the administration also arranged an island-wide tour to meet the strong demand from railway fans wishing to see the "moving beauty" in operation.
Restoring the antique steam engine as a fully operational train could be a daunting task, as the engines had been out service for at least two decades.
Many of the retired locomotives had been on stationary display at parks, constantly exposed to sun and rain the hands of curious tourists. The TRA also faced the problem of lack of skill in maintaining and operating the engines.
"The reason we restored these trains was not simply for the purpose of fixing a broken machine, but more importantly to carry on our railway heritage and pass it to our successors," said Sung Hung-kang (宋鴻康）, Chief of the Changhua branch maintenance depot, and the driving force behind the locomotive's resurrection.
In 1997 Sung undertook the mission to restore one steam locomotive to operational status. Sung inspected twenty locomotives across the island, checking their condition in order to find one suitable for restoration. He chose locomotive CK101.
Thanks to the TRA's maintenance capacity and archives, Sung was able to find related documents and manuals for the locomotive. Most important of all, the retired drivers and engineers were happy to help and willing to teach the newer generation of TRA staff.
After 10 months of work, CK-101 was successfully repaired and refitted with a new boiler.
No one in the world would let a fully operational steam train simply sit on display; it had to ride the rails. Sung had to recruit drivers and engineers and train them in maintenance and operation in order to keep the train running in the future.
Sung could have let the TRA blindly assign any workers to learn the skills needed to run the train. Instead, Sung set out one criteria for the driver and engineer candidates: they must volunteers who are genuinely interested in learning the skills.
"The steam train drivers and maintenance workers are actually taking on an extra workload, as they would still have to work at their original jobs as drivers or engineers. Therefore I want people who are passionate about the work," said Sung.
The passion and a commitment to carry on the heritage is one factor in selecting of the crew for the steam locomotive, as operating an old train is hard work mentally and physically.
The driver, for example, unlike operators of modernized trains, is subjected to extreme heat in the driver's cabin, the hard chore of shoveling coal, and must operate various controls without the help of a modernized electronic panel.
"I remember when we drove the uphill route to Shenghsing - the highest train station on the western bank route - I had to toss one shovel of coal in the firebox almost every second" said the driver Chen Hsien-tsuan （陳憲存）recalling his exhausting experience on an uphill route.
"When we recruit the steam train drivers, age is one criteria that we must consider. We wish to have drivers younger than 40 years old because shoveling coal is really a tiresome job," said Chief Sung.
Sung recalled the training course for rookie steam train drivers which sent them to a shoveling studio in Sanyi, Miaoli County to develop skill and endurance. The minimum criteria for a steam train driver is to deliver 360 shovels of coal in 14 minutes - one shovel every 2.3 seconds.
"One does simply to shovel coal into the firebox regardless of where the coal goes. The coal has to be equally distributed evenly inside the firebox in order to obtain burning efficiency. It is a skilled job," said deputy Chief Chen Chen-hua （陳振華）.
In 2001 the TRA had recruited 10 volunteers as steam train drivers. Six years later, three drivers retired from service, and Chief Sung is planning in the near future to recruit three new drivers to the team.
The hardship for the maintenance workers is no less than for the drivers. Unlike the modern locomotives that mostly have their parts modularized in order to allow convenient inspection and replacement, maintenance work for steam locomotives requires solid craftsmanship and experience.
"In the warm-up process for the steam train, we maintenance workers have to light the fire for the boiler to have it warm up and accumulate energy. And it takes three hours at least to have the train ready to drive," said Hu Wen-hung (胡文宏）, Engineer and Inspector for the maintenance team.
Hu said maintenance workers often have to warm up the locomotive at as early as 6 a.m. and then ride the train to manage logistic services, such as adding water. When the driver returns the locomotive to the garage, Hu said, the maintenance workers still have to conduct inspections and carry out maintenance.
The TRA's steam train service now is for charter service only, but many train lovers wish to see the steam train to run a regular weekly or monthly service.
Starting from April 2008, the TRA is going to have the steam train to run a passenger service once a month on the Pinghsi branch line in Taipei County.
Chief Sung wishes in the future to have at least two branch lines providing a regular steam locomotive service, and to have more train lovers to smell the burning hot coal and steam again.