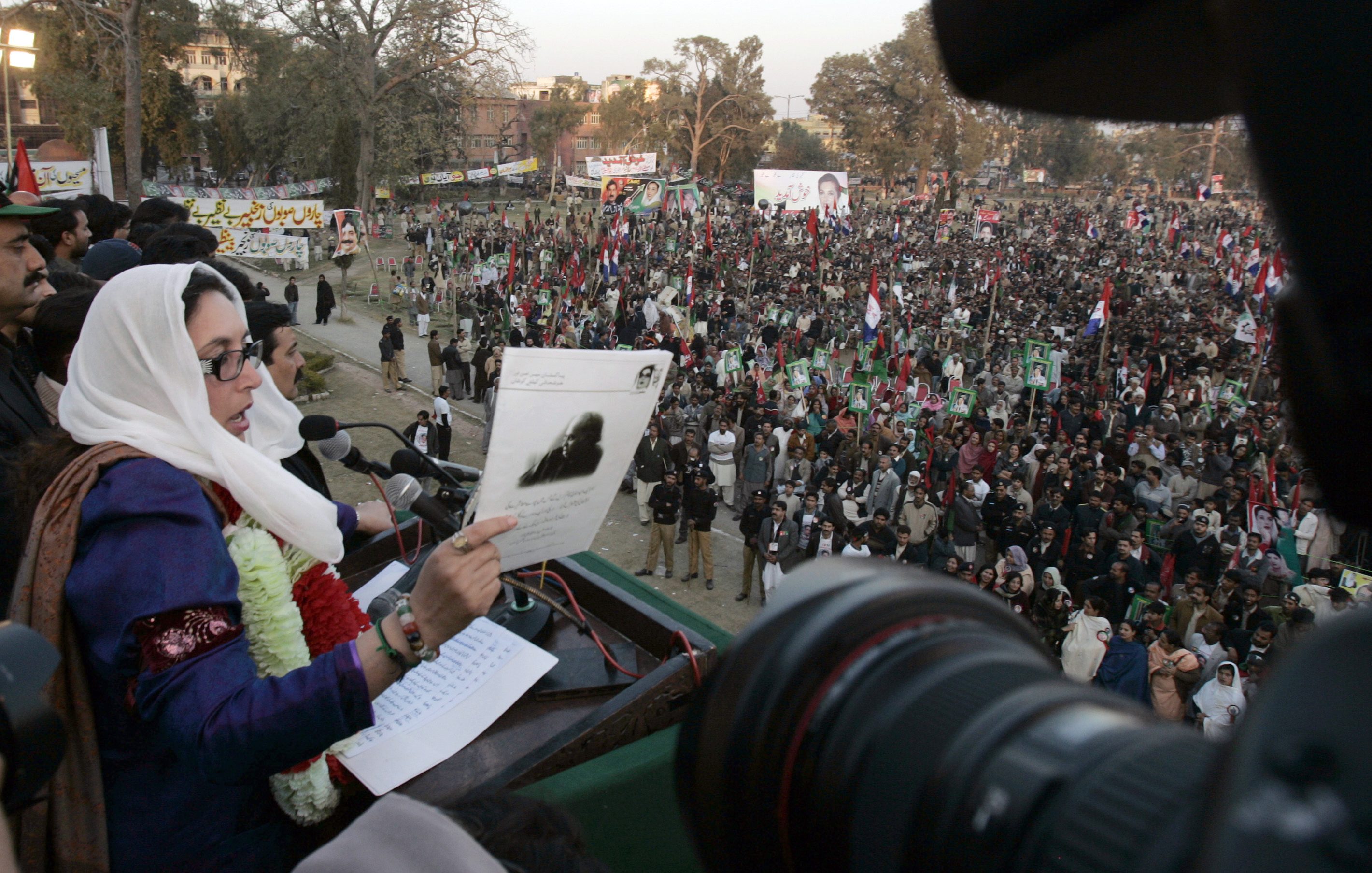 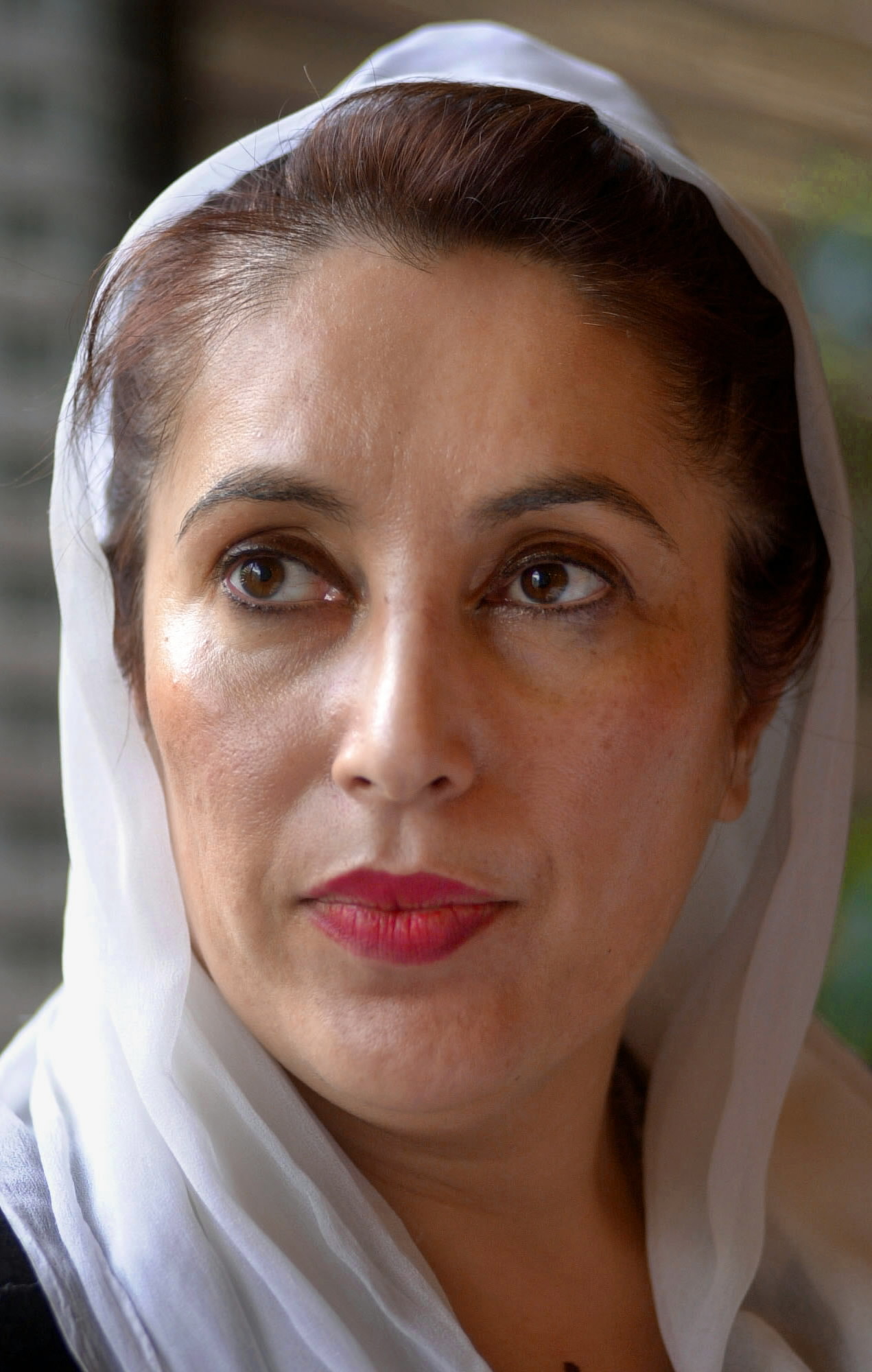 The assassination of former Prime Minister Benazir Bhutto by a suicide bomber Thursday threatens to bring to a halt Pakistan's stuttering steps toward democracy.
It is the starkest evidence yet that the forces aligned against law and order, once contained to the remote border region with Afghanistan, are now spilling into the heart of Pakistan, disrupting the country's ability to function.
The death of Bhutto, one of Pakistan's most beloved leaders and head of its largest political party, is an emotional event for many. Rioting broke out in several cities late Thursday night. The unrest could lead to the declaration of martial law, experts say, and the postponement of parliamentary elections scheduled for January 8, 2008.
It is the sort of instability that Western nations had sought to avoid by persuading President Pervez Musharraf to allow Bhutto back into the country - hoping her vows to tackle terrorism would help in the fight against Taliban militants and put Pakistan on a more moderate path. Now, they appear to have made her a target. Her death marks a moment of decision for Pakistan's leaders and lays bare the terrorists' capabilities.
"Her death in such a manner - when the government had taken responsibility for her security - tells a lot about the situation in Pakistan," says Hassan Abbas, a Pakistan expert at Harvard University in Cambridge, Mass. "What is evident is a complete lack of command and control."
It brings a close to a year drawn in persistent, violent turmoil.
Details of Bhutto's death - the Muslim world's first female prime minister - were not yet confirmed at press time, but reports suggest she was shot before a suicide bomber blew himself up.
The attack took place minutes after she had finished her address at a large rally in the garrison city of Rawalpindi, near the capital, Islamabad.
The killing of Bhutto leaves a question mark over whether elections can go forward. A political field without her will profoundly affect the larger political dynamic that Musharraf has been carefully crafting to remain in power. But more immediately, the death of one of Pakistan's most prominent political leaders has shaken the country.
"The country has been pushed into another dark period of uncertainty," says Rasul Baksh Rais, a political scientist at the Lahore University of Management Sciences.
Riots erupted in Rawalpindi soon after the news of her death was confirmed. The city has been the site of several suicide bombings in past months, though most have targeted security forces.
Private television channels also reported riots in major towns across the country, especially in Sindh, Bhutto's home province.
The magnitude of Bhutto's death obscured another act of political violence Thursday. Four supporters of Bhutto's opposition, the Pakistan Muslim League-Nawaz, were shot dead at a political rally in Islamabad.
"I think the elections will be canceled," says Ahmed Rashid, a Pakistani security analyst and author of "Taliban." "We can't have elections when the country is in this state of violence. We may see the imposition ... of extraordinary measures like martial law or a state of emergency."
In an interview with the BBC, PML-N leader Nawaz Sharif also hinted that elections could be postponed: "None of us is inclined to think about the election."
It is unclear who was responsible for the attack, but initial anger turned against Musharraf's government.
Supporters outside the hospital where Bhutto's body was taken chanted "dog, Musharraf, dog," the Associated Press reported.
It is an instinctive reaction born of generations of mutual mistrust between Bhutto and the Army, which Musharraf led until last month. Bhutto's father, also a prime minister, was hanged after being deposed by one of Pakistan's previous military rulers, Zia ul-Haq.
Certainly, the threat was not unforeseen.
When Bhutto returned from exile in October in a triumphant procession through Karachi, she narrowly escaped a suicide bombing that left 150 dead. Moreover, Baitullah Mesud, a Taliban commander in Waziristan, had several times openly threatened her life.
The circumstances of Bhutto's death, and the failure of security, will be a subject of immense scrutiny.
"There are going to be very big questions asked," says Najmuddin Shaikh, who served as foreign minister during one of Bhutto's terms as prime minister.
Bhutto was the only major political figure whose campaign included a strong stance against extremism. "Benazir Bhutto may have been killed by terrorists, but the terrorists must not be allowed to kill democracy in Pakistan," British Prime Minister Gordon Brown said Thursday.
But Dr. Abbas at Harvard predicts "fewer people will challenge extremism openly."
Bhutto's life and career followed a trail of tragedy in her political family comparable to that of the Kennedys, or Gandhis of India.
Bhutto died just a few miles from where her father was hanged. One brother died from poisoning, and another was killed in a police shootout. Her two tenures as prime minister (1988 and 1993), neither of which she could complete, were marred by charges of corruption and fraud.
She went into exile after Musharraf came into power in 1999 before returning in October.
Bhutto declared herself lifetime chairman of the party she inherited from her father. Observers are unsure who might take over the reins of the party now.
"It may take months for the party to decide their new leader," says Hassan Aksari Rizvi, an independent political scientist in Lahore. "I don't see how they can contest an election scheduled in a few days without a coherent leadership."