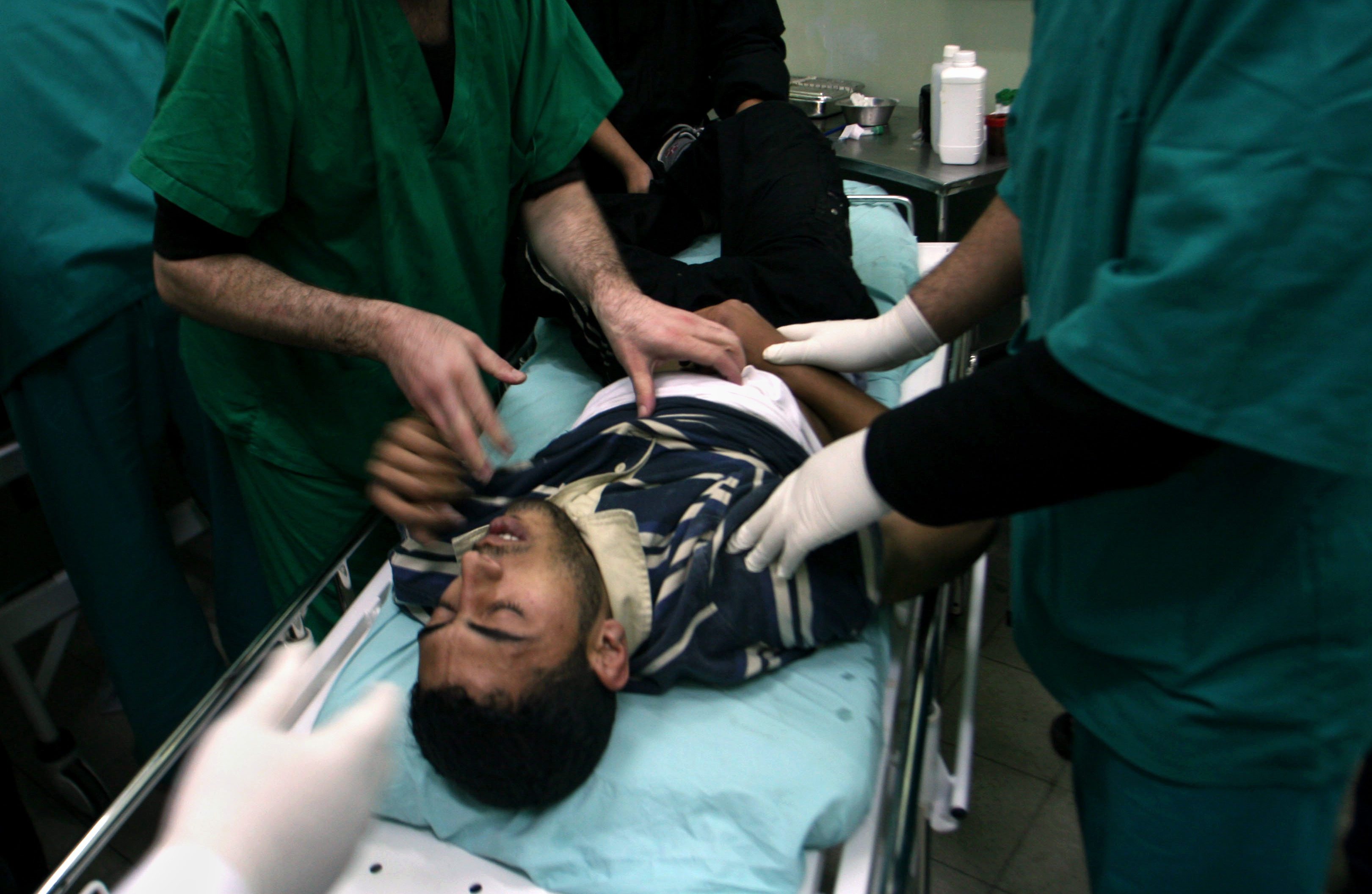 Seven Palestinian militants, one of them a senior commander, were killed and 16 other people wounded in the Gaza Strip on Thursday in four Israeli raids on the Hamas-run territory, medics and witnesses said.
In the first Gaza raid three men - two of them from the radical Islamic Jihad group and a third from the armed wing of Hamas - were killed around the southern town of Khan Yunis. Six people were also wounded.
The Israeli army said that infantry units backed by air power carried out a "routine operation" targeting gunmen who were firing rockets and mortars into Israel.
"Units that entered several kilometers into the Gaza Strip were fired at by an anti-tank shell. They responded and hit three armed men," said a spokesman.
Shortly afterwards, two Islamic Jihad militants were killed and two wounded in an air raid in the central Gaza Strip, medics said.
"The military carried out an air raid in the central Gaza Strip against a vehicle loaded with weapons and carrying terrorists that was headed to carry out an attack," an Israeli spokesman said.
"The vehicle was hit."
A third Israeli raid, which witnesses said was carried out by either helicopters or drones, killed an Islamic Jihad militant and wounded two more south of Gaza City, medical sources said.
Islamic Jihad named the dead man as Mohammed Abdullah, 40, a senior commander of its Al-Quds Brigades military wing who operated under the nom de guerre of Abu Morshild.
An Israeli army spokesman confirmed an air raid had been carried out.
Last week, the Israeli military killed Islamic Jihad's Gaza commander Majed al-Harazin and 12 other militants in a series of raids.
In the fourth Gaza raid a Hamas member was killed near Khan Yunis. Five other people were wounded by air to surface missiles, medics said.
In a raid in the West Bank, Israeli soldiers killed a member of the security force of former Palestinian prime minister Ahmed Qorei, currently the senior Palestinian peace negotiator with Israel, witnesses said.
Motassem Ash-Sharif, 22, was killed while trying to flee Israeli soldiers who had arrived at his house, the witnesses said.
An Israeli military spokesman said he was killed "during an exchange of fire after he shot at soldiers who had come to arrest him," and that he was suspected of supplying weapons to armed Palestinian groups.
Thursday's deaths brought to 6,007 the number of people killed since the start of the second Palestinian uprising in September 2000, the vast majority of them Palestinians, according to an Agence France-Presse tally.
In the northern part of the Israeli-occupied West Bank, the army announced it had arrested Mohammed Abdel Rahman, a wanted member of Islamic Jihad.