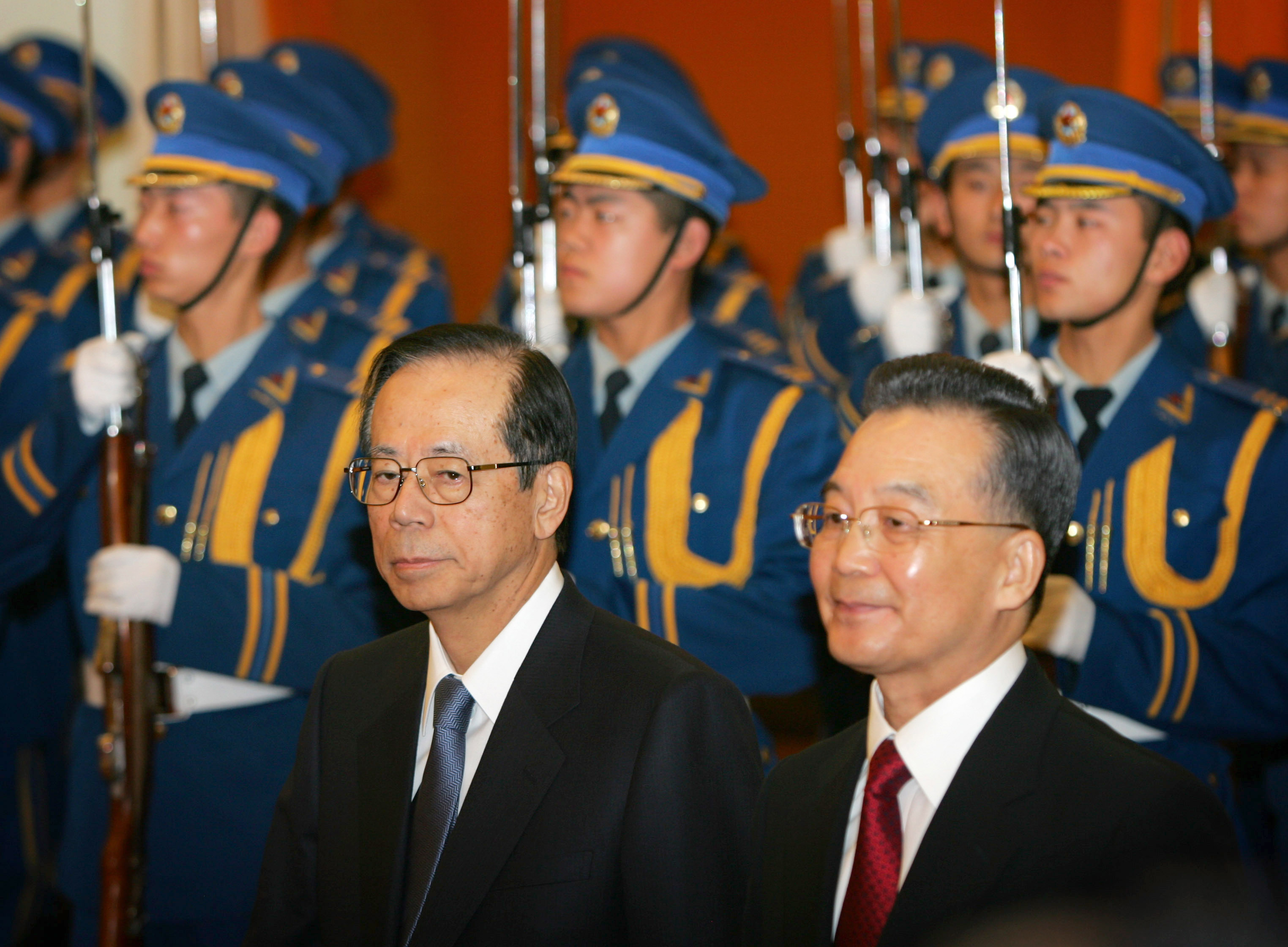 China and Japan pledged yesterday to build on their rapidly warming ties, as Japanese Prime Minister Yasuo Fukuda met the Chinese leadership, but a dispute over maritime gas fields remained unresolved.
Fukuda, on his first visit to China since taking office in September, held lengthy talks with Premier Wen Jiabao to lay the groundwork for closer cooperation between the Asian powers in trade, climate change and other fields.
"Prime Minister Fukuda said the spring has come in our relations and, after two-and-a-half hours of talks, I truly feel that the spring of China-Japan relations has arrived," Wen said afterwards.
Indeed, Fukuda's venture to Beijing would have been unthinkable just a few years ago, when China and Japan had no top-level contacts at all in what was a major cause of tension in Asia.
China cut high-level ties with Japan during the 2001-2006 premiership of Junichiro Koizumi due to his visits to Tokyo's Yasukuni shrine, which venerates war criminals who invaded China, alongside another 2.5 million war dead.
But Fukuda and his predecessor, Shinzo Abe, have stayed away from the shrine, paving the way for the dramatic thaw in bilateral relations that will be capped when Chinese President Hu Jintao visits Japan next year.
"There have indeed been various problems in the relationship between Japan and China. But it is time for us to overcome these problems and push forward the development of our relationship," Fukuda told reporters after meeting Wen.
Fukuda, who was to meet with Hu last night, said the two nations had made progress in finding a resolution to their competing claims to lucrative gas fields in the East China Sea.
"We shared a determination to solve this problem at an early stage. We will try to swiftly solve this issue," Fukuda said in comments echoed by Wen.
But no specifics about any compromise from either side or a timeframe for a resolution of the dispute were made public. Before heading to Beijing on Thursday, Fukuda had voiced hope for a breakthrough on the issue.
Eleven rounds of negotiations on the gas fields since 2004 have made little progress, with China rejecting the maritime border which Japan considers a starting point for discussions.
Speaking in Tokyo yesterday, Japanese Foreign Minister Masahiko Komura said there were still major differences between the two nations on the issue.
"China has shown some understanding of Japan's principles, but I don't feel we've been able to get over the remaining problems," Komura told reporters.
Fukuda, who arrived on Thursday for a four-day trip, is due to travel to the economic hub of Tianjin today to look at Japanese investments there.
Japan is the biggest foreign investor in China and trade between the two nations was worth 207.35 billion dollars last year, up 12.4 percent from 2005.
The nations also yesterday signed an agreement that would see Japan help China work to combat global warming.