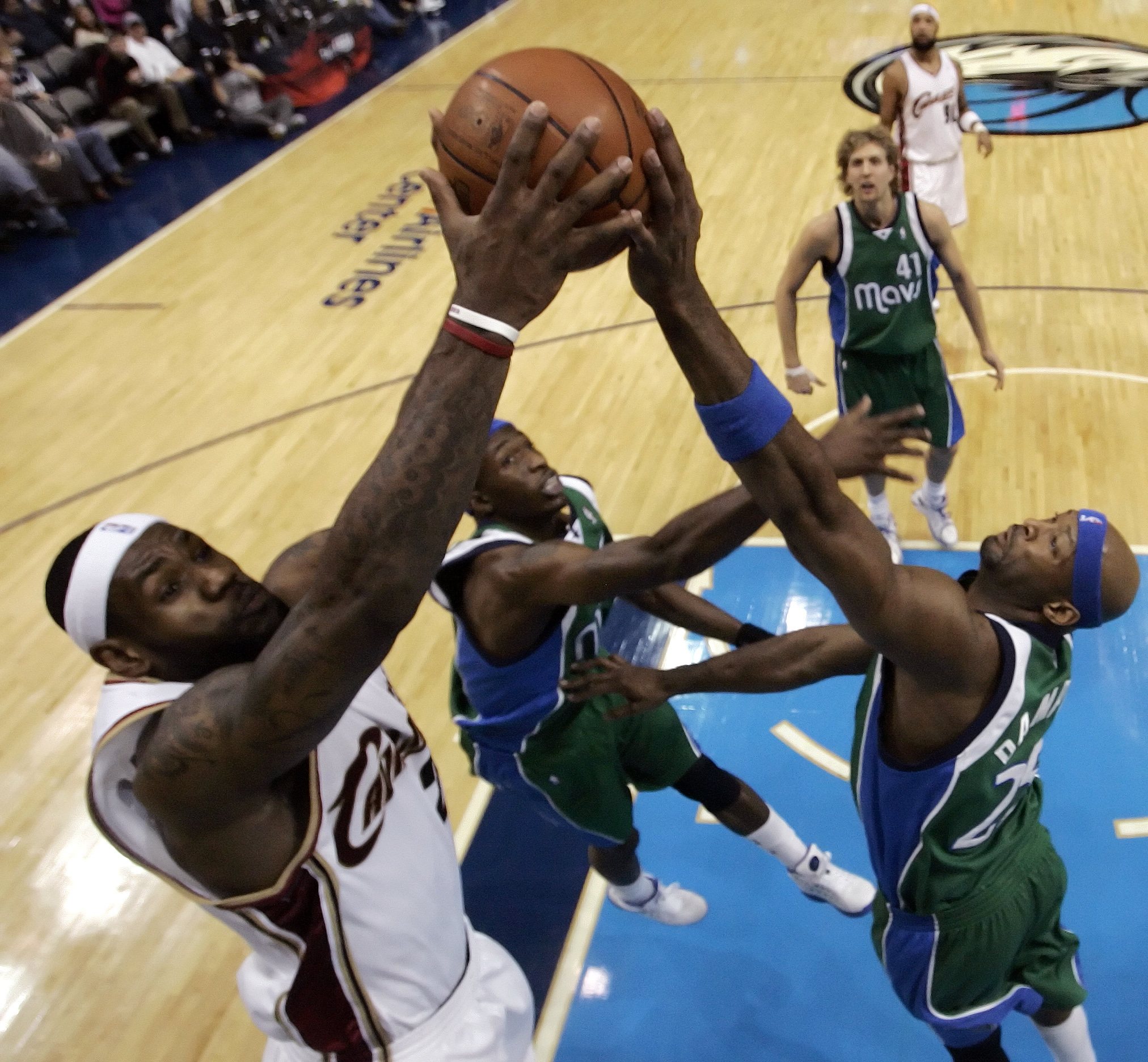 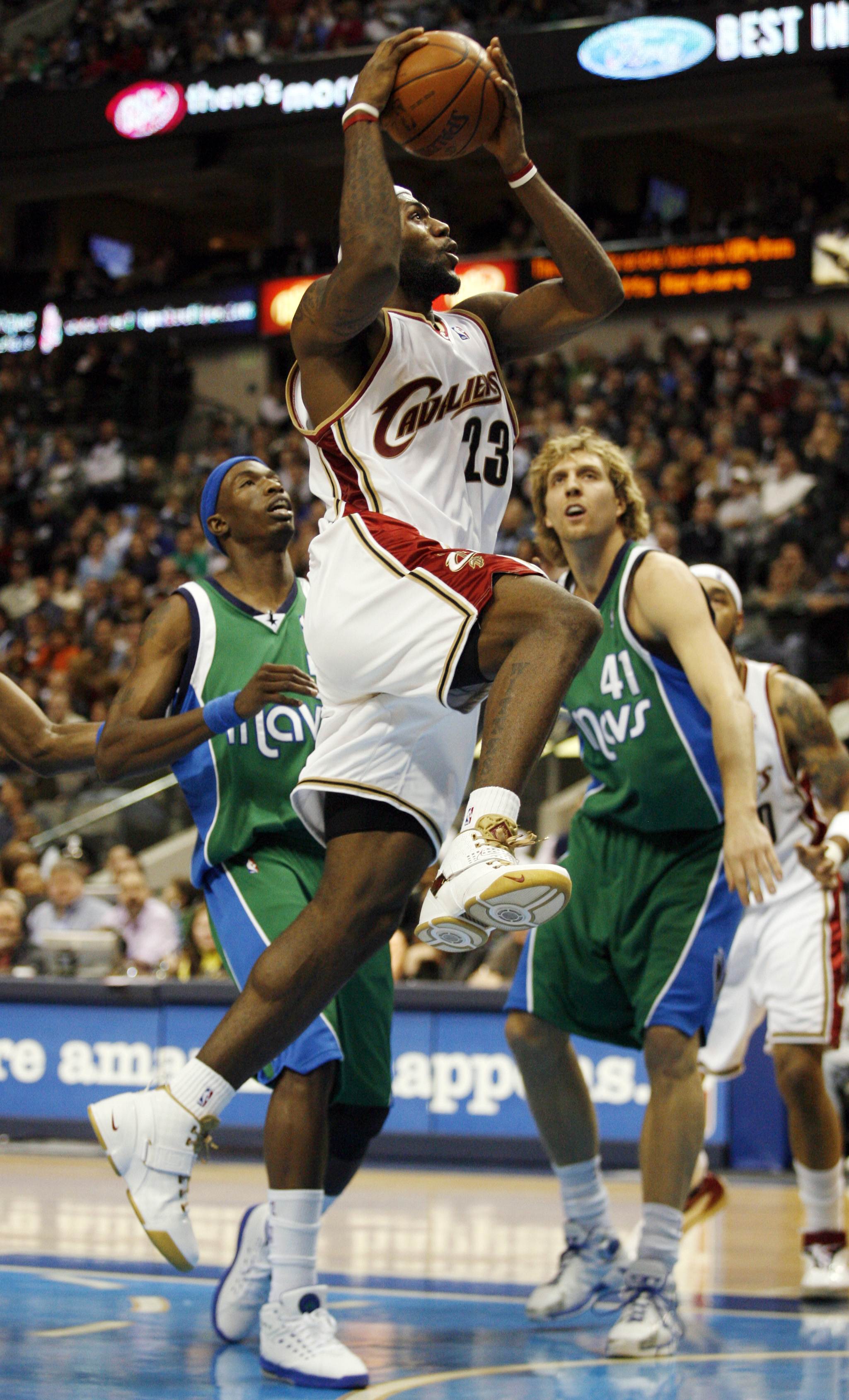 It's been quite a struggle, but the Cavaliers are starting to find some traction.
It's too early and the Cavs too inconsistent for anything to be labeled a statement win, but they got themselves a confidence win on Thursday. Again relying on their trusty old friend, defense, the Cavs were able to grind out an 88-81 victory over the Dallas Mavericks.
The Cavs held the Mavs, who were fighting some tired legs coming off a loss Wednesday night in Utah, to just 37 percent shooting in the game and did it with an excellent display of defensive teamwork. Their rotations were in sync and the individual defensive performances, especially on Mavs star Dirk Nowitzki, were strong.
Overall, it was the first time the Cavs have won in north Texas since 2000 and the first time ever they'd left the American Airlines Center with a pep in their step. Those historical facts, though, meant much less than the current momentum the Cavs (14-16) might be building.
Last season they blew a big lead in Dallas and lost a tough game at the buzzer. But their gutsy play down the stretch of that game triggered an eight-game winning streak. It might be tough to see because there have been recent blowout losses to the New York Knicks and Golden State Warriors, but the Cavs have won four of their past six games.
Growing confidence
"When we play defense, good things happen for us," Cavs coach Mike Brown said. "Our confidence grows, it gets easier for us everywhere. If we expect to be who we think we can be, that's what we have to do."
The Cavs shot 36 percent themselves, went 2-of-16 from 3-point range, and only got to the foul line four times in the second half. Those are usually details from a loss, but because they kept the Mavs away from the basket, they were able to survive. Just like they did on so many occasions last season.
LeBron James did have his moments on offense, scoring 24 points with eight rebounds and seven assists. His jump shot was off and he made 5-of-10 foul shots, but he was able to come through when it mattered. Especially with 1:10 to go when he put up a big-time highlight and sent the sellout crowd to the exits.
With the Cavs ahead by five points, James drove right against Josh Howard and then dribbled the ball behind his back to change direction. With the ball in his left hand, he slipped past Howard and right by Nowitzki, who was trying to bring help. That left Jerry Stackhouse between James and the basket. James won, slamming home a thunderous dunk that sealed the victory.
"I wanted to finish out the game," James said. "I wanted to be aggressive in the interior and finish strong."
James got help at the offensive end from Zydrunas Ilgauskas and Larry Hughes. Ilgauskas scored 18 points and had 11 rebounds for his 15th double-double of the season. He didn't shoot the ball all that well, but had some key offensive rebound putbacks that kept the Cavs ahead for the entire second half. He also held Mavs starting center Erick Dampier to one point and two rebounds in 23 minutes.
Hughes had his best game in weeks, scoring 17 points with a season-high nine rebounds. He had two big driving layups in the fourth quarter to help the Cavs withstand a Mavs run. Daniel Gibson and Devin Brown also made clutch baskets down the stretch.
But talk of offense would be missing the point. Drew Gooden went 2-of-11 but harassed Nowitzki all night. He crowded him and forced him to settle for jumpers. The reigning Most Valuable Player had 19 points and a season-high 20 rebounds but he was 6-of-17 from the field. Point guard Jason Terry and Devin Harris, who ripped up the Cavs in the season opener in Cleveland, combined to shoot 5-of-20 from the floor.
The Mavs missed quite a few open shots, showing a little lag from the back-to-back, which benefited the Cavs. But the Cavs were more physical all the way, winning the rebound battle 56-45.
"We're a pretty good team when we defend," James said. "We have to keep it going."