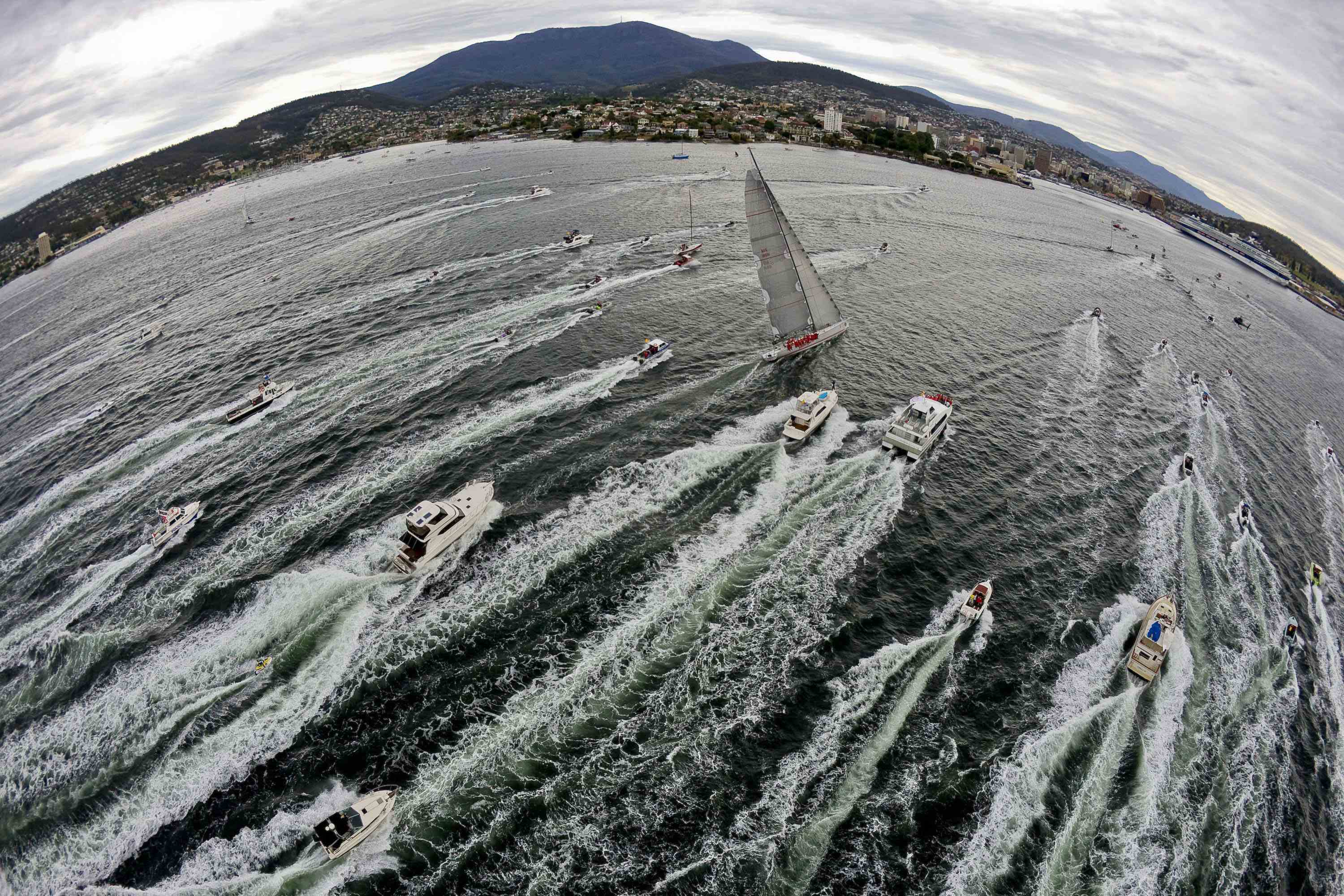 The Australian supermaxi Wild Oats XI won the Sydney to Hobart race for a third year in a row yesterday, becoming the first boat to snatch three consecutive line honor victories in 59 years.
The 30-meter yacht sailed into the Tasmanian port of Hobart around 10:24 a.m. (Australia time), ahead of second-placed British maxi City Index Leopard, but just short of the speed record for the race.
Wild Oats, owned by Bob Oatley and skippered by Mark Richards, was the pre-competition favorite and led for most of the 628-nautical-mile journey that was this year marked by unusually placid seas.
Although it fell short of its own 2005 race record by almost three hours, it was a historic ride for the yacht which is the first to win line honors three years in a row since the 65-foot cutter Morna won the race from 1946 to 1948.
"Any win is a great win, but this is very special and I'm happy to be here in one piece," Richards told reporters.
"It is an amazing feeling and an historic result - it's sensational, we'll see if we'll have another go at it next year."
Wild Oats shot out from the 82-strong pack soon after the race began under sunny skies on Wednesday and led the fleet out of Sydney Harbor.
Good conditions
Close to perfect conditions saw the yacht race down the New South Wales coast before light winds in the Bass Strait slowed her down and dashed any chances of breaking the race record.
The race slowed further on Friday morning as the leading boats sailed onto the Derwent River into the Tasmanian capital of Hobart.
Richards said the final stages of the race were "the most challenging Derwent entry ever."
Asked whether he was anxious towards the end, during which City Index Leopard skipper Mike Slade staged a comeback, shortening Wild Oats' lead from 21 nautical miles to just four, Richards said: "Nervous is an understatement."
"I've got to say the Derwent was just unbelievably tough," he said.
"We had a big lead on (City Index) Leopard and at Tasman Island it all went pear-shaped, we suddenly got becalmed twice.
Excellent finish
"It's a challenging race. Leopard sailed really well - we were surprised how close they were under spinnaker, but we were surprised how much faster we were reaching across Bass Strait, we thought they were going to smash us, but they didn't."
The win caps a tumultuous year for Wild Oats after it was dismasted in September during a maxi yacht race in Sardinia.
The boat, which required a new mast and sails in time for the race, was only re-launched early this month.
Wild Oats owner Bob Oatley said he was considering racing again next year.
"Well, that's a difficult question. Today I will say 'yes.' Tomorrow I may so 'no,'" he said.
After Richards' crew fulfilled tradition and tossed the skipper into the water, the winners met with the City Index Leopard team which came in 27 minutes and 23 seconds behind Wild Oats.
Ichi Ban, which was in third place after Skandia suffered mast damage, was estimated to reach Hobart at about 5:00 p.m. yesterday despite snapping a port rudder blade earlier in the race.