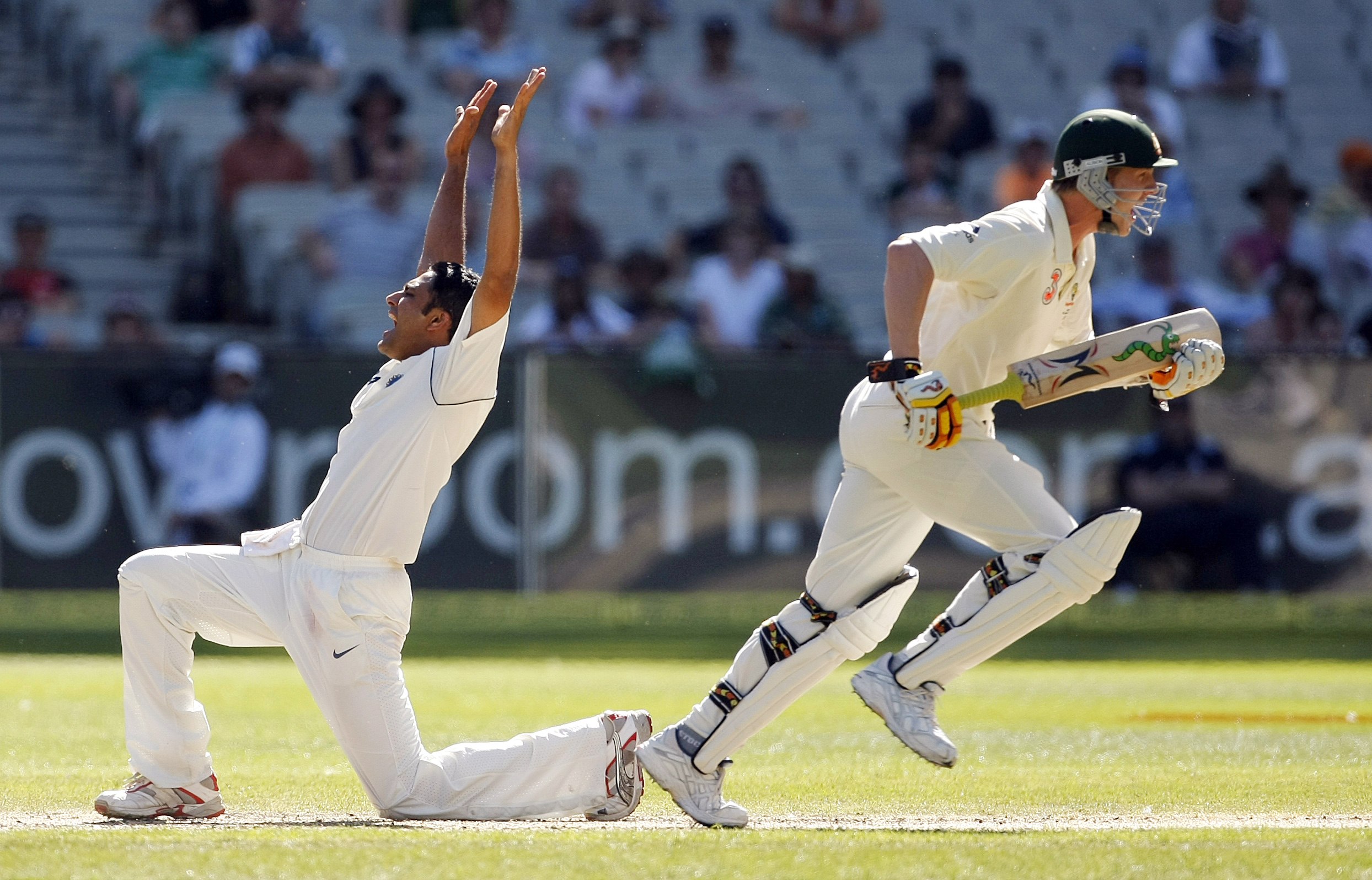 India will have to do what no other Test team has done before to come from behind and win the first cricket Test after Australia set them a historic run chase at the Melbourne Cricket Ground yesterday.
The Australians offered the Indians 499 runs to win with two days left after declaring their second innings at 351 for seven late on the third day.
India safely reached stumps at six without loss, with Rahul Dravid on three and Wasim Jaffer on two.
Only three teams in Test cricket history have scored 400 or more in the fourth innings for victory.
The West Indies hold the Test record of 418 for seven when they beat Australia at St. Johns in 2003, while India amassed 406 for four to down the West Indies in Port-of-Spain in 1976 and Australia hit 404 for three to defeat England at Headingley in 1948.
The highest successful run chase in the fourth innings at the MCG is England's 332 for seven set 79 years ago.
But the drop-in pitch is playing low and cracking, making high scoring problematic in the fourth innings.
"I'd like to say they have no chance, but the reality is they have to get 493 runs and they've got two days to get it so they have plenty of time," Australian batsman Michael Clarke said. "But I also believe if we bowl as well as we can and hold our chances I think there is a possibility the game could be over tomorrow as well."
Harbhajan Singh, India's leading wicket-taker yesterday, said: "It's a stiff target, but I won't say it's not achievable ...With the kind of batting lineup we have, if we play to our potential anything can happen in cricket and this is a good wicket to bat on and I'm sure our batsmen are looking forward to going out and showing some character tomorrow."
Before lunch India claimed the wickets of first-innings centurion Matthew Hayden and skipper Ricky Ponting, followed by the dismissals of Phil Jaques, Mike Hussey and Andrew Symonds in the middle session, with Michael Clarke and Adam Gilchrist sent on their way after tea. Symonds had an eventful time at the crease. He was bowled off a no-ball by Zaheer Khan when on six and then crunched spinners Kumble and Harbhajan for sixes before he was leg before wicket to Zaheer Khan for 44.
Clarke looked set for his sixth Test century before he danced down the pitch to Kumble and was well stranded by the turn to be stumped by Mahendra Dhoni for 73 off 113 balls.
Skipper Ponting called a halt to the innings and declared at 5:13 p.m. (Australian time) leaving eight overs left with Brad Hogg (35) and Brett Lee (11) at the crease.
Harbhajan picked up the wickets of Hayden and Ponting in four balls in the only road hump in Australia's steady accumulation of runs in the morning session.
Hayden had just passed 8,000 Test runs when he skied finger-spinner Harbhajan off a leading edge to Sourav Ganguly at long-off for 47.
Ponting failed for the second time in the Test when he was caught at slip by Rahul Dravid playing forward for three in Harbhajan's next over. His four and three were his first single digit scores in a Test since a six and a duck against India at Calcutta 72 Tests ago in March 2001.