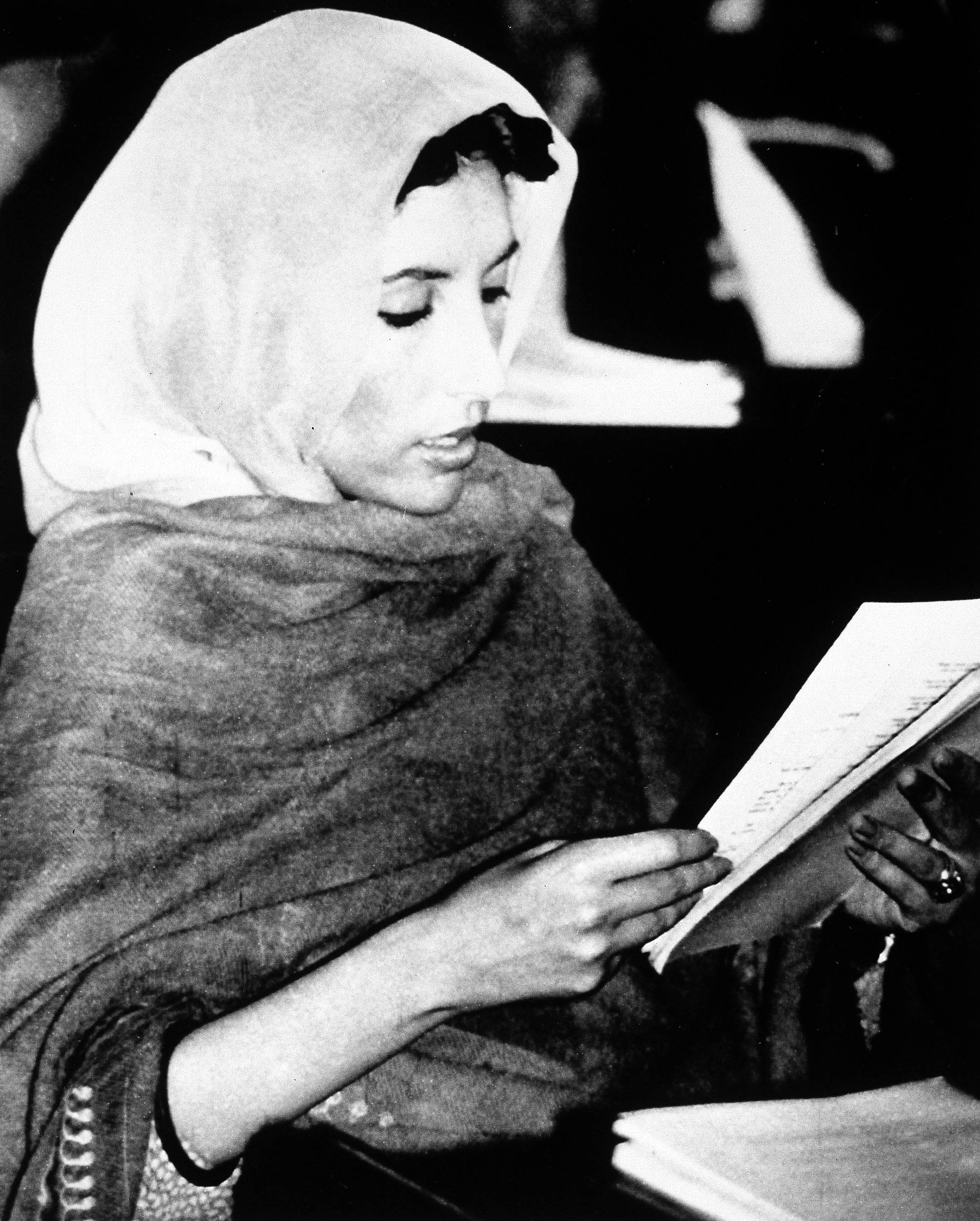 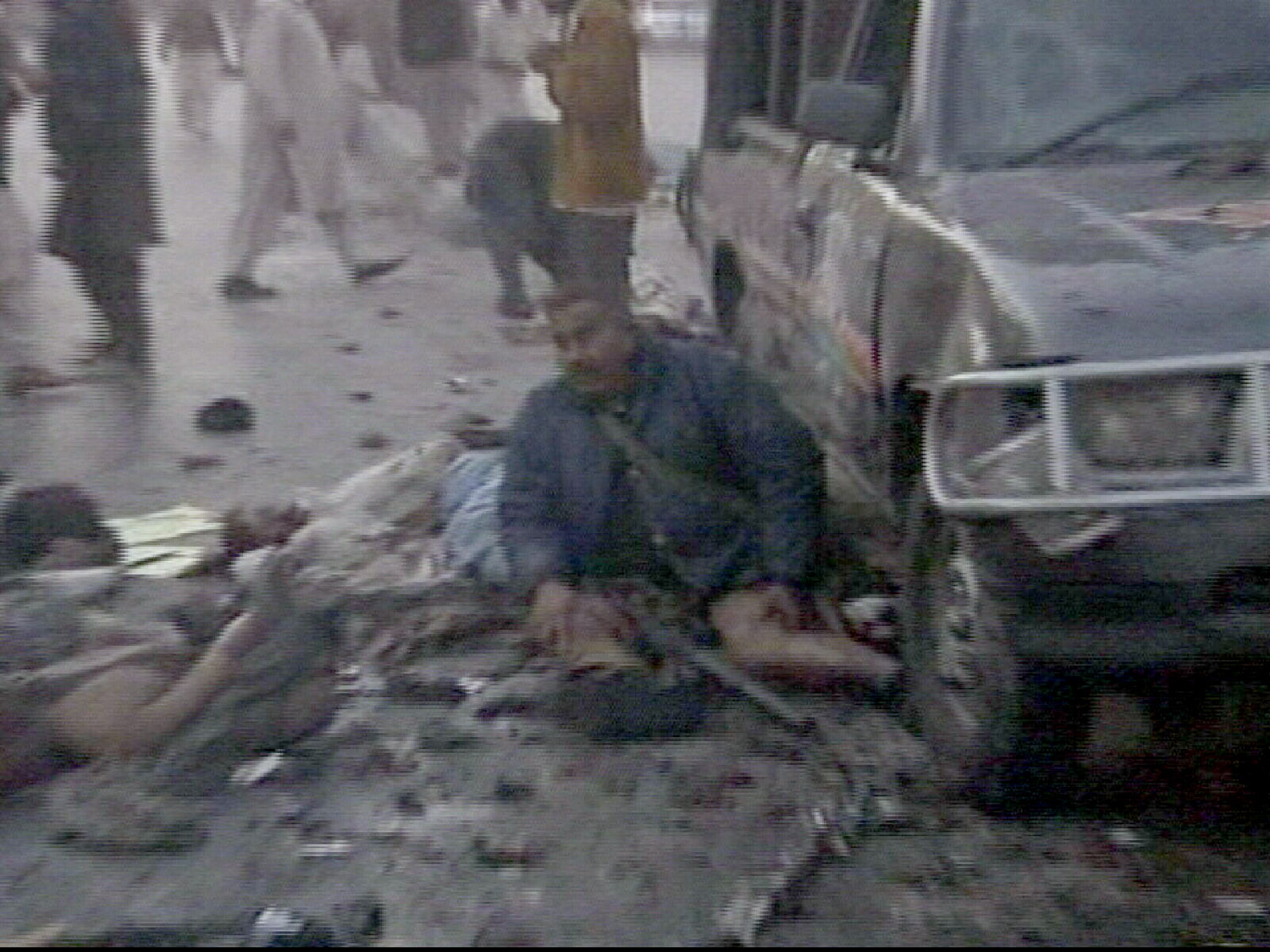 Pakistani opposition leader Benazir Bhutto was killed yesterday in a suicide attack as she drove away from a campaign rally just minutes after addressing thousands of supporters, aides said.
The death of the charismatic former prime minister threw the campaign for the January 8 election into chaos and created fears of mass protests and an eruption of violence across the volatile south Asian nation.
Next to Pakistan President Pervez Musharraf, Bhutto, 54, was the best known political figure in the country, serving two terms as prime minister between 1988 and 1996. She was respected in the West for her liberal outlook and determination to combat the spread of Islamic extremism, a theme she returned to often in her campaign speeches.
Her death will leave a void at the top of her Pakistan People's Party, the largest political group in the country.
As news of her death spread, supporters at the hospital in Rawalpindi smashed glass doors and stoned cars. Many chanted slogans against Musharraf, accusing him of complicity in her killing.
Angry supporters also took to the streets in the northwestern city of Peshawar as well other areas, chanting slogans against Musharraf. In Rawalpindi, the site of the attack, Bhutto's supporters burned election posters from the ruling party and attacked police, who fled from the scene.
In Karachi, shop owners quickly closed their businesses as supporters from Bhutto's party burned tires on the roads.
Nawaz Sharif, another former Pakistan premier and leader of a rival opposition party, rushed to the hospital and addressed the crowd.
"Benazir Bhutto was also my sister, and I will be with you to take the revenge for her death," he said. "Don't feel alone. I am with you. We will take the revenge on the rulers."
The attacker struck just minutes after Bhutto addressed a rally of thousands of supporters in the garrison city of Rawalpindi. There were conflicting accounts over the sequence of events.
Rehman Malik, Bhutto's security adviser, said she was shot in the neck and chest by the attacker, who then blew himself up.
But Javed Iqbal Cheema, spokesman for the Interior Ministry, told state-run Pakistan Television that Bhutto died when a suicide bomber struck her vehicle. At least 20 others were killed in the blast, an Associated Press reporter at the scene saw.
Bhutto was rushed to the hospital and taken into emergency surgery.
"At 6:16 p.m. she expired," said Wasif Ali Khan, a member of Bhutto's party who was at Rawalpindi General Hospital.
Senator Babar Awan, Bhutto's lawyer, said, "The surgeons confirmed that she has been martyred."
Bhutto's supporters at the hospital exploded in anger, smashing the glass door at the main entrance of the emergency unit. Others burst into tears. One man with a flag of Pakistan People's Party tied around his head was beating his chest.
"I saw her with my own eyes sitting in a vehicle after addressing the rally. Then, I heard an explosion," said Tahir Mahmood, 55, as she sobbed. "I am in shock. I cannot believe that she is dead," he said.
Some at the hospital began chanting, "Killer, Killer, Musharraf," referring to Musharraf, Bhutto's main political opponent. A few began stoning cars outside.
"We repeatedly informed the government to provide her proper security and appropriate equipment including jammers, but they paid no heed to our requests," Malik said.
U.S. officials said they were looking into reports of Bhutto's death.
"Certainly, we condemn the attack on this rally. It demonstrates that there are still those in Pakistan who want to subvert reconciliation and efforts to advance democracy," said deputy State Department spokesman Tom Casey.
The United States has for months been encouraging Musharraf to reach some kind of political accommodation with the opposition, particular Bhutto, who is seen as having a wide base of support here.
Bhutto had returned to Pakistan from an eight-year exile on October 18. Her homecoming parade in Karachi was also targeted by a suicide attacker, killing more than 140 people. On that occasion she narrowly escaped injury.
Bhutto was killed just a few kilometers from the scene of her father's violent death 28 years earlier. Zulfikar Ali Bhutto, a former Pakistan prime minister and the founder of the party that his daughter would later lead, was executed by hanging in 1979 in Rawalpindi on charges of conspiracy to murder that supporters said was politically motivated by the then-military regime. His killing led to violent protests across the country.
As Bhutto addressed the rally yesterday, she was flanked by a massive picture of her father.
Minutes later, the area was awash in blood.