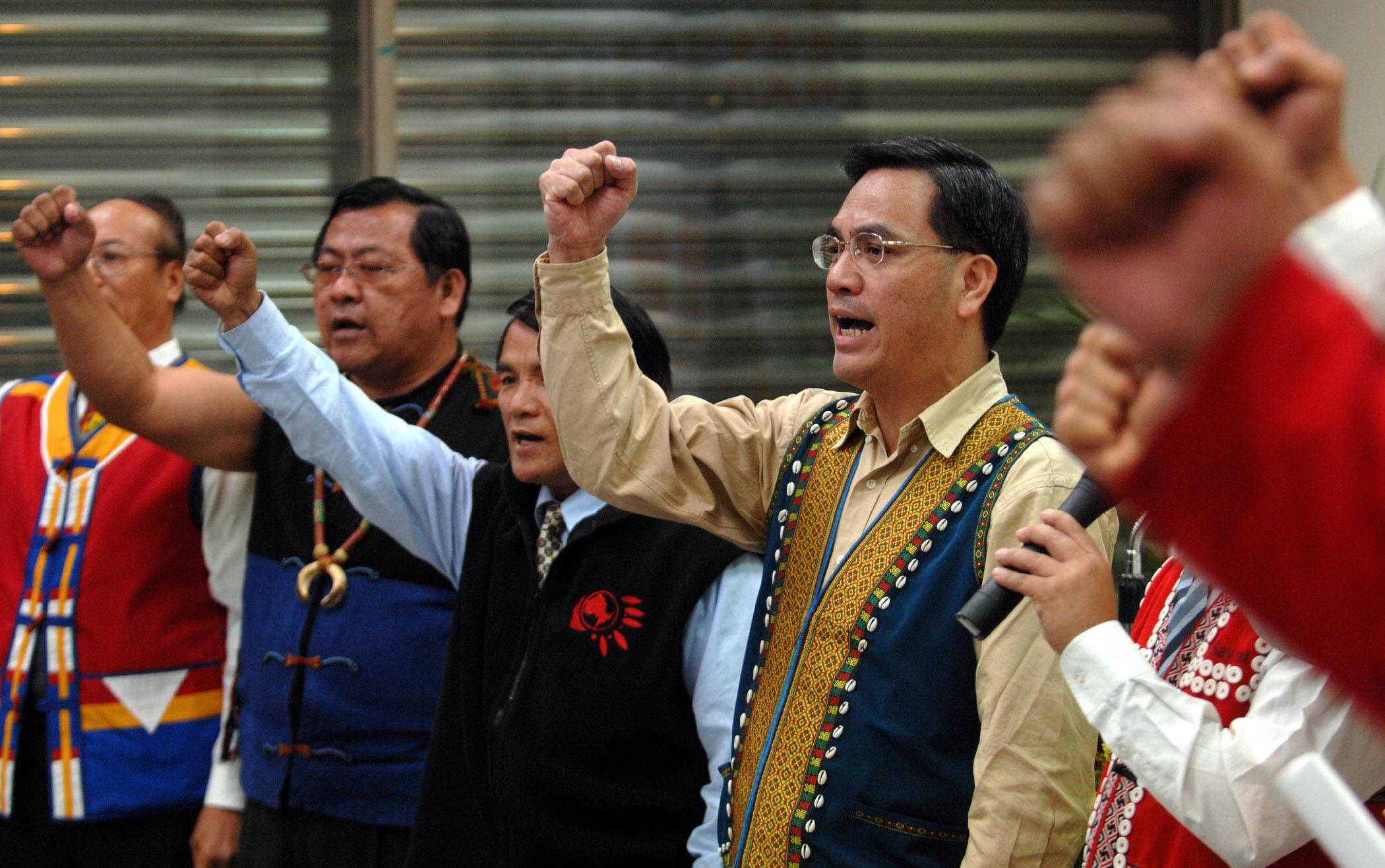 Kuomintang presidential candidate Ma Ying-jeou (馬英九) yesterday apologized for remarks he made earlier this month that were considered discriminatory against aborigines.
Ma's comments were made on December 10 during a campaign trail stop in Xindian City, Taipei County, after a Sijhou woman pleaded with him to build an embankment to prevent the Sijhou Community, which aborigines of the Amis tribes built illegally on the Xindian riverbank, from being relocated.
"I will treat you as human beings and citizens, and I will educate you well and provide you with opportunities," Ma said, referring to the aboriginal squatters.
Some members of the Taiwan Indigenous Peoples Society went to Ma's campaign headquarters yesterday morning to express their shock over Ma's inappropriate remarks.
In an attempt to clarify his comments, Ma said yesterday that he had meant to say that he wanted to take care of the aborigines, and he added that "if some people are unhappy because of this, I am willing to apologize." Ma reiterated his apology yesterday afternoon to the aborigines who were displeased about his comments.
Insincere apology
Ruling Democratic Progressive Party legislator Chen Ying said that as long as Ma offers only an insincere apology over his remarks, aborigines in the country would spontaneously stage protests against him at every stop of his campaign trail.
Meanwhile, incumbent and former ministers of the Cabinet-level Indigenous Peoples Council yesterday issued a joint statement criticizing Ma's remarks about the aborigines, saying that they were an undisguised expression of his Han chauvinism and arrogance, ignorance and prejudice against the aborigines.
Council of Indigenous Peoples Minister Icyang Parod further said that Ma tries very hard to maintain an image of elegance in the media spotlight, but that Ma privately thinks he is superior when it comes to the ethnic issue. Noting that he was shocked and hurt when he first heard Ma's comment, Icyang Parod said that aborigines are the real landowners of Taiwan and that Ma's comment had wounded the heart of the aborigines and people of Taiwan.
In response to Ma's statement that he is willing to apologize if some people were displeased about the remarks, Icyang Parod said that Ma should realize the seriousness of the situation because he has made all 480,000 aborigines very unhappy.
Icyang Parod further asked Ma to make a public apology immediately.
In response to the council's joint statement, Ma said that he had been a friend to the aborigines for more than 10 years and that he has always believed in taking care of the aborigines. Ma said that he is against discriminatory language and insisted that if people review the context of his comment, they will understand what he really meant by his remarks.