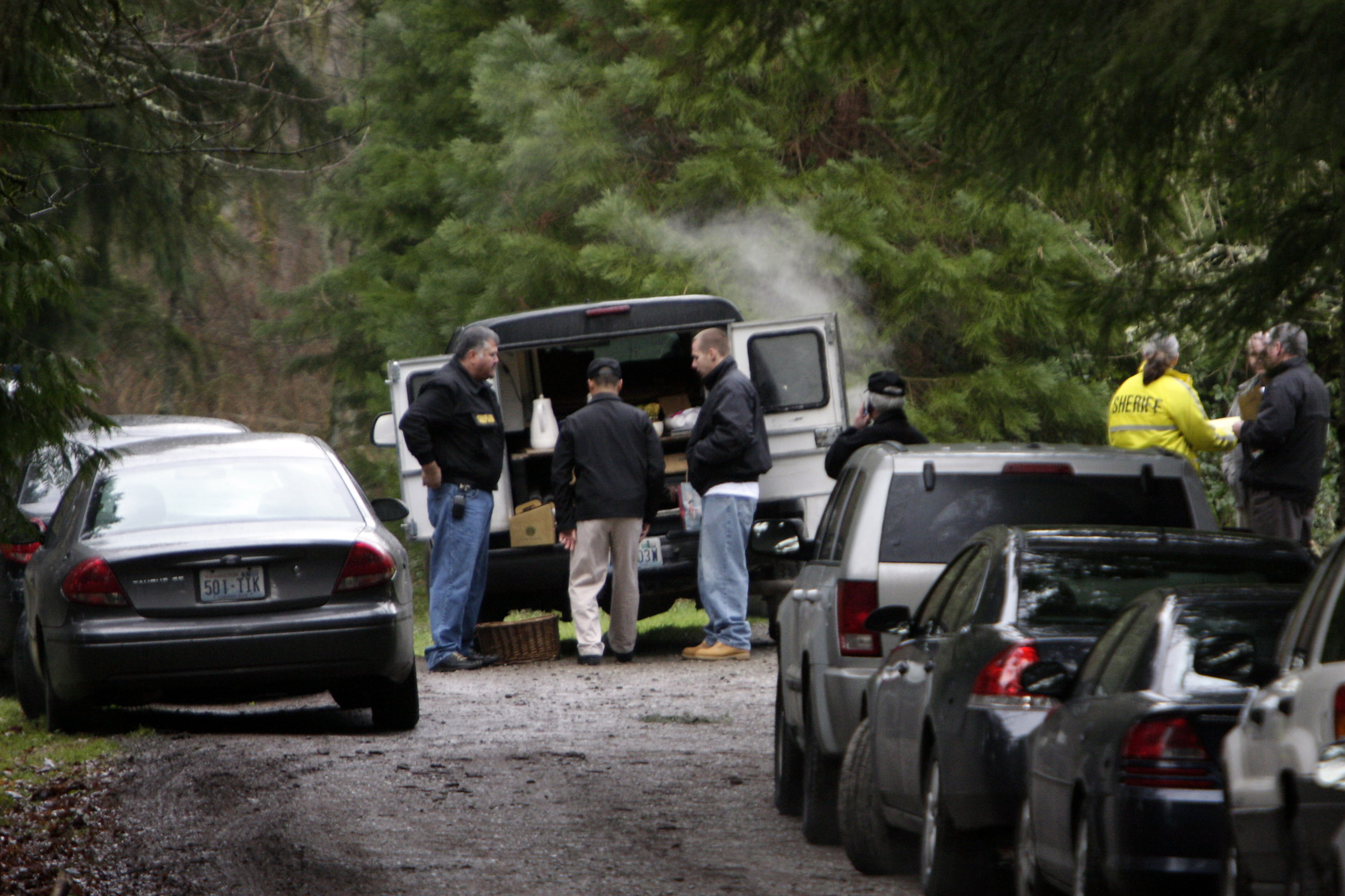 Six people, likely three generations of a family, were found dead at a rural property east of Seattle, and a law enforcement official said police arrested the property owners' daughter and her boyfriend.
The official, who spoke Wednesday on condition of anonymity because he was not authorized to release the names, identified the pair as Michele Anderson, 29, and her boyfriend, Joseph McEnroe. Both were booked into the King County Jail late Wednesday for investigation of six counts of homicide.
A message left at a telephone listing for a Michele Anderson in the Carnation area was not immediately returned.
The victims included a boy about age 3, a girl about age 6, a man and woman in their 30s, and a man and woman in their 50s. Their names were not released, but they were "likely three generations" of one family, King County sheriff's Sergeant John Urquhart said.
Autopsies have not been performed on the bodies, but the cause of death was apparently gunshots, Urquhart said. They were likely killed late afternoon or early evening on Christmas Eve, he said.
The property where the bodies were found is owned by Wayne Anderson, 60, and Judy Anderson, 61, according to public records.
The couple has three children, including their daughter Michele, who lives on the property in a mobile home, said Mark Bennett, who identified himself as a family friend. He said another daughter, Mary, and a son, Scott, live in the area.
Public records indicate that Scott Anderson is 32 and married, and a number of media outlets reported late Wednesday night that Scott Anderson, his wife Erica, and children Olivia and Nathan were the other victims.
Urquhart said the bodies were found by a co-worker of one of the victims who had come to the house because one of the victims, who works for the Postal Service, did not report to work.
The bodies were found on a rural property that includes a house and a mobile home at the end of a long dirt road. The structures are part of a cluster of other rural properties near this town about 34 kilometers east of Seattle.
Urquhart declined to say where the victims were found on the property, other than to say they were "not found in the same room." As investigators searched the property, they removed a black pickup truck.
Sheriff's Detective Bob Conner said earlier Wednesday that authorities were searching the area for other possible victims, but insisted there was no danger to anyone else living nearby.
Bennett, who was not the person who found the bodies, said Wayne Anderson is a Boeing Co. engineer and Judy Anderson works for the Post Office in Carnation.
Ben Anderson, who said he was the grandson of Wayne and Judy Anderson, said late Wednesday night outside the family's property that his aunt had returned to the property Wednesday and admitted to the shootings.
"She felt she wasn't loved enough and everyone didn't appreciate her and she was pushed out of everyone's life," Ben Anderson told reporters.