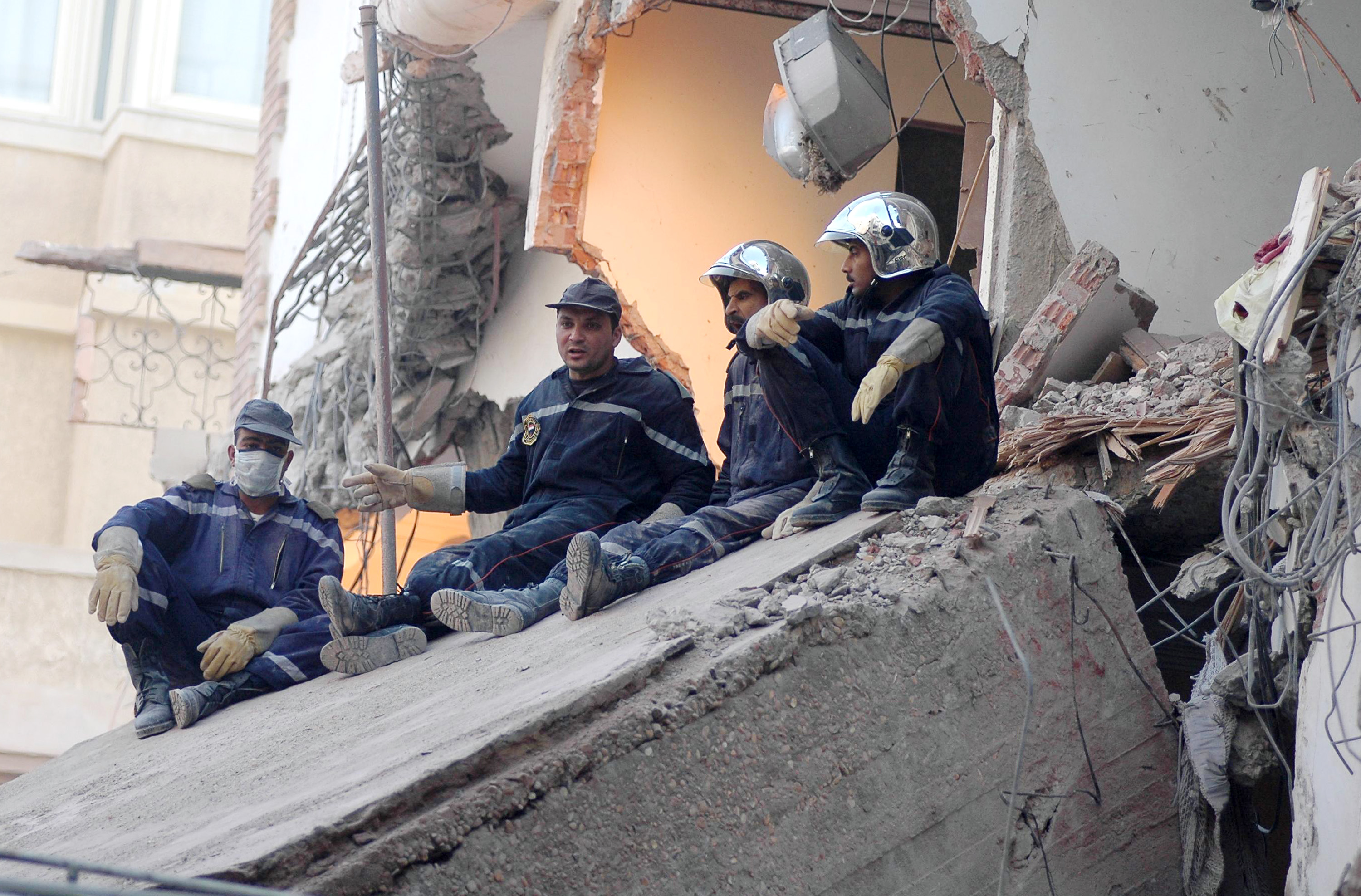 The death toll from the collapse of a 12-story residential building in Egypt's Mediterranean city of Alexandria rose to 23 yesterday, security sources said.
Rescue workers have brought out three survivors from the rubble since Monday when the building collapsed, they said.
Authorities had said they thought 25 to 30 people were buried under the rubble when the building collapsed.
The building disintegrated on Monday as construction workers carried out repairs on the first floor.
Prosecutors have issued warrants for the arrest of a number of people, including the woman who owned the building.